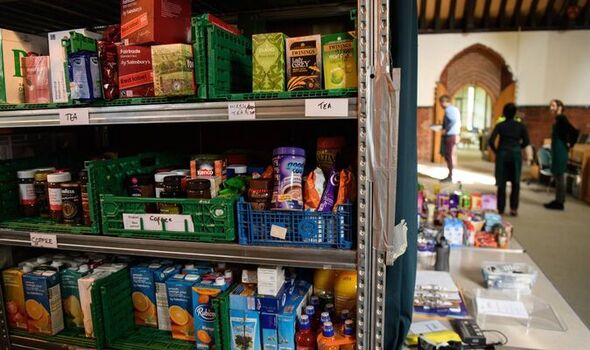 Professionals such as teachers are struggling to pay for food and fuel with many turning to charity for the first time, it is claimed. Father Richard McKay, who works with volunteers at the food bank at St Nicholas of Tolentino RC Church in Bristol, told the Daily Express that in 45 years of working with communities he has never seen so much desperation.

Supplies at the food bank have fallen drastically and some days are close to running out.

He said: “A year ago our shelves were full of basics like tins of baked beans, pasta, rice and milk. Now supply is short.”

Food bank volunteers regularly have to rush out to a supermarket or a cash and carry to stock up to see them through the day.

It used to give out 20 food parcels a week, but that soared to 500 during the pandemic and has stayed high.

That demand is still there, but the donations are not as parishioners struggle. Father McKay said: “Some days all we have is just a few tins and maybe a sack of potatoes.” 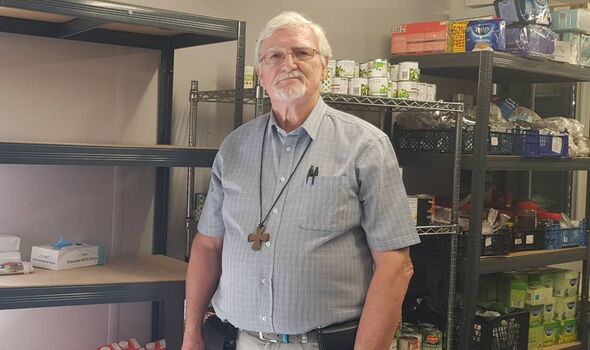 Church coffers are having to make up the difference as middle-class families rely on food parcels.

“Everybody is feeling the squeeze,” he said.

“There’s no point giving them meat – they can’t afford to cook it.”

He said a lot of food banks are struggling because they typically help each other out, but now find it hard.

The Independent Food Aid Network (IFAN), which represents over 550 independent food banks, said it is supporting rising numbers who have never needed to use a food bank before, many in work.

She said: “No one’s income should fall so dangerously low that they cannot afford to stay fed, warm and dry. How can this be right in a society like ours?”