Home » Europe » Sophie Wessex fury: Countess sparked anger of senior royal refusing to be told what to do

Sophie Wessex fury: Countess sparked anger of senior royal refusing to be told what to do

Sophie, the Countess of Wessex wed Prince Edward in an afternoon ceremony at St George’s Chapel in Windsor after nearly five years of being together. The couple had not wanted the wedding to cause any fuss to the guests and had opted for a more relaxed dress code. But the Earl and Countess had not counted on one senior member of the Royal Family being unwilling to “be told what to do.”

Royal author Angela Levin told Channel 5 documentary ‘Edward&Sophie: The Reluctant Royals?’: “The wedding took place in the afternoon and Sophie and Edward didn’t want to give people the problem of changing their clothes from the ceremonies to the evening celebrations.

“And she said, ‘please, there’s not need to wear hats.’

“But the Queen Mother wasn’t going to be told what to do. She loved wearing hats.”

Elizabeth, the Queen Mother had long made fashion one of her strongest weapons and she continued to be particular about her wardrobe up until her death in 2002.

JUST IN: Meghan Markle and Archie sue photo agency accused of ‘taking their pictures’ while on walk 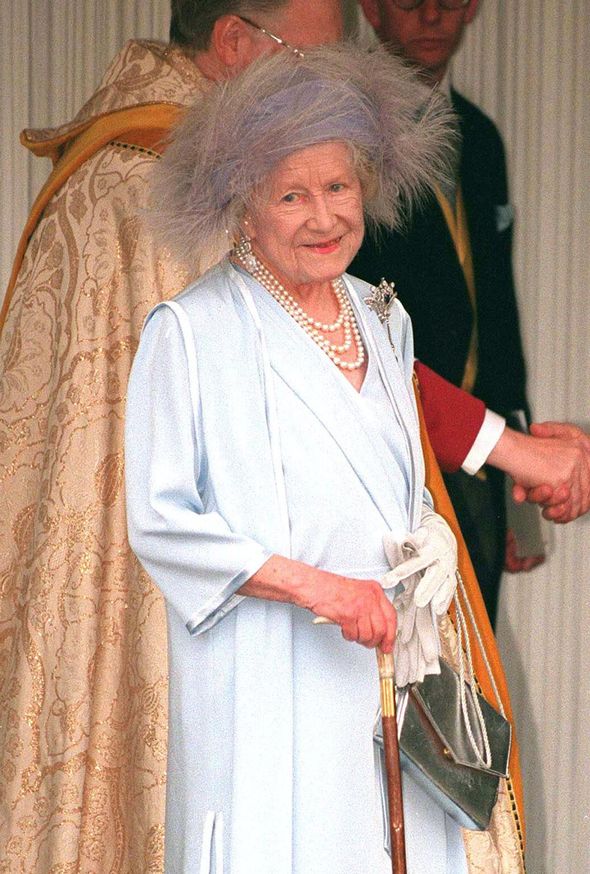 But Sophie and Edward had long signalled they wanted to take a step back from the actively public lives the prince’s older siblings had created for themselves.

The Earl and Countess of Wessex tried to keep their relationship hushed since meeting in 1993 but a break from royal tradition catapulted Sophie into the spotlight soon after the start of their romance.

To avoid a repetition of the failed marriages experienced by Charles, Andrew and Anne, the Queen agreed to be more relaxed and lenient when it came to ensuring Edward’s girlfriend fully understood the changes she would face by joining the Royal Family.

Royal author Ingrid Seward said: “The Queen decided that she wanted Sophie to understand what marrying into the Royal Family meant.

“What she did, which had never happened before, is give Sophie a pass to Buckingham Palace. It’s like being given the keys to the front door.”

Sophie increasingly appeared alongside Edward on public occasions and she was a fully-established member of the family by the time she officially joined in 1999.

Her commitment to royal duty, which she once again highlighted by abandoning her PR career in 2002 to help organise the Golden Jubilee preparations, has slowly resulted in the Countess emerging as a favourite of the Queen.

After the departure of Prince Harry and Meghan Markle earlier in the year, Sophie and Prince Edward have emerged as potential substitutes to take on the duties of the popular couple.

During the lockdown, Prince Edward helped older brother Charles and nephew Prince William inaugurate a series of emergency Nightingale hospitals across the UK.

And Sophie joined forces with Kate, the Duchess of Cambridge to pay tribute to nurses from around the world to mark International Nurses Day.

The Countess was also among the earlier royals to resume public duties after restrictions began to be lifted, paying visits to local businesses near her Bagshot Park Home and meeting with members of the Women’s Institute and the Thames Valley Air Ambulance.