IndyRef2: Question of 'when' and 'not if' says SNP's Alyn Smith

Reports over the weekend indicated that the Queen could play a key role in the Scottish independence debate as First Minister Ms Sturgeon pushes for a second referendum. Her Majesty is said to be set to lead a “charm offensive” to try and persuade Scotland to gravitate towards support for the Union. Prince William and Kate, Duchess of Cambridge, are also expected to play a role, according to the Mail on Sunday.

The supposed plan is said to be backed by Downing Street.

William gave a speech last week in which he described the “special place” that Scotland has in his heart – a country he said held both some of his “happiest memories’”and his “saddest”.

Whether an independent Scotland would keep the Royal Family is one of the many issues on the table for debate – but it appears the most avid supporters of independence will be hard to win over.

This is because Scottish Health Minister Humza Yousaf shed light on the SNP’s anti-monarchy sentiment in 2016. 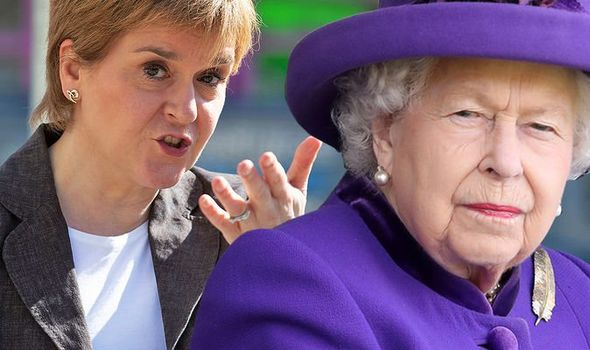 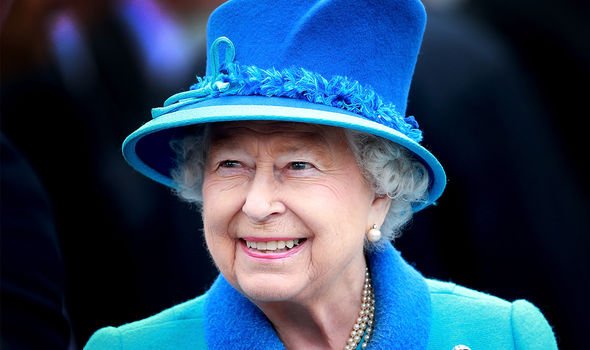 The ally of Ms Sturgeon said at the time: “Most people in the SNP – it would hardly be a surprise to you – would at some point like to see our head of state elected.

“But for the purpose of independence we said we would keep the Queen as head of state.”

He appeared to be echoing the SNP approach to the 2014 vote, in which the party vowed: “On independence Scotland will be a constitutional monarchy, continuing the Union of the Crowns that dates back to 1603, pre-dating the Union of the Parliaments by over 100 years.

“On independence in 2016, Her Majesty the Queen will be head of state.” 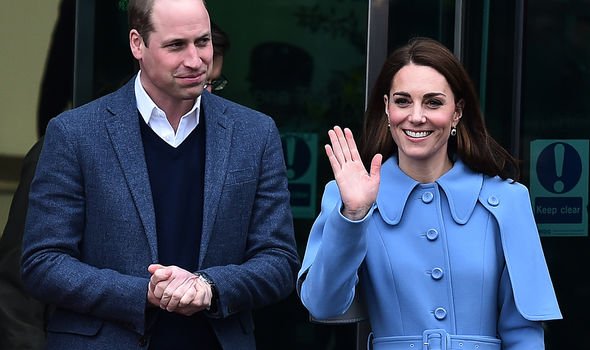 Mr Yousaf’s comments still attracted anger from his unionist counterparts in the Labour and Tory parties.

Labour’s Shadow Scottish Secretary at the time, Ian Murray, said: “Humza Yousaf should clarify his comments on the monarchy, as it looks like his party’s support for the Queen is a completely transparent attempt to win votes for independence.

“If that is the case, people will see right through it now, just as they did in 2014 where we voted to stay in the United Kingdom. It looks like the normally smooth talking Mr Yousaf may have let the cat out of the bag.”

Meanwhile, then Scottish Conservative deputy leader Jackson Carlaw added: “It was suspected that the SNP’s position on the monarchy was a conceited attempt to secure Yes votes. Now one of its most senior MSPs has confirmed it. 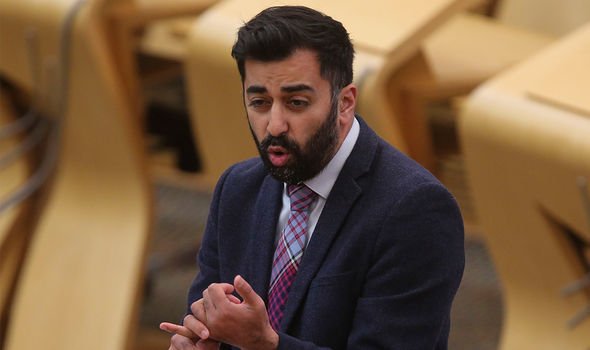 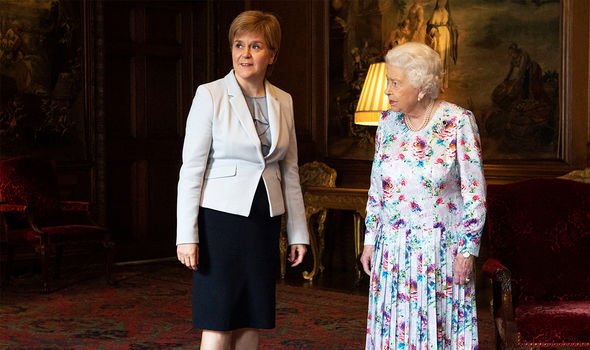 “If most people in the SNP do want to abolish the Monarchy, that would put them very much at odds with the views of the people of Scotland.”

A poll published in March highlighted just how divided Scotland is on the monarchy.

A survey commissioned by Sky News found that 39 percent of voters would support the Royal Family retaining their traditional role if the UK was break-up, while 39 percent said a Scottish republic should be created – 22 percent said they didn’t know.

Support for the Queen and her successors is highest amongst those who would vote No at any future referendum, with 54 percent saying they backed the monarchy, 22 percent in favour of a republic, and 24 percent being undecided.

The idea of creating a republic north of the border was supported by 56 percent of Yes voters, with 30 percent backing the monarchy and 15 percent saying they don’t know.