Did you know it’s Black Friday?

Yes I know it’s a Saturday, but there it is blazoned across the the wrap-around front of the Evening Standard, a London freesheet.

The advert is by Amazon, one of the world’s most powerful retailers: “Black Friday Sale 16th – 25th November”. So Black Friday stretches all the way to tomorrow as far as the people after your cash are concerned.

Do you really know what Black Friday is? It is probably the most pernicious import from North America since the grey squirrel.

I’m all for tradition and public holidays. I’ve got nothing against consumers getting a bargain or attempts to boost to a flagging economy. 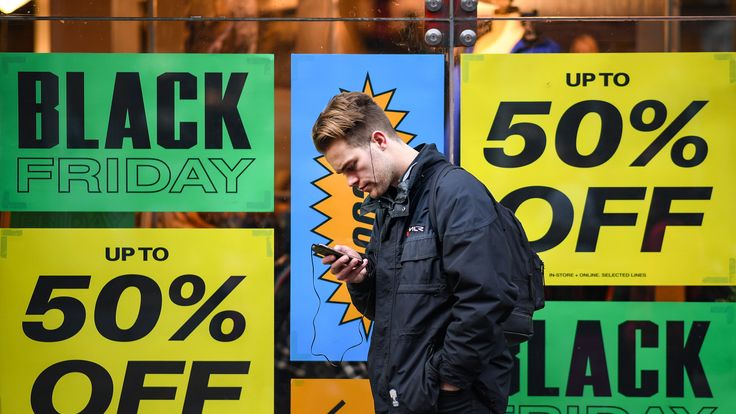 But I draw the line at sales people trying to impose an entirely meaningless date on the rest of us especially when online is more likely to rake it in than the high street shops Black Friday is alleged to help.

Black Friday is not a traditional holiday here or across the Atlantic.

It is entirely American and the creation of marketeers. In the US it makes some sense because it is hung around Thanksgiving which has some genuine history as a national holiday.

Thanksgiving is a public holiday in America falling on the fourth Thursday in November. The first President George Washington and his wife Martha celebrated the first Thanksgiving Day in 1789. According to myth it commemorates the first harvest brought in by the Pilgrim Fathers in 1621. White settlers and Native Americans (then known as “Red Indians”) are said to have shared the feast, and, according to some versions, the locals helped the immigrants to avoid starving.

Thanksgiving has a red letter day on the American calendar for more than 200 years. Like Chinese New Year in Asia, and Christmas in Europe it is a time when families come together.

Pigging out on types of food native to North America – turkey, pumpkin, corn etc – is part of the ritual. American football occupies the place on TV traditionally filled by Morecambe and Wise in the UK.

Black Friday is just the day after Thanksgiving.

It is not a public holiday, though a number of the states have turned it into one for their employees. Other businesses are effectively forced to shut down because of absenteeism. 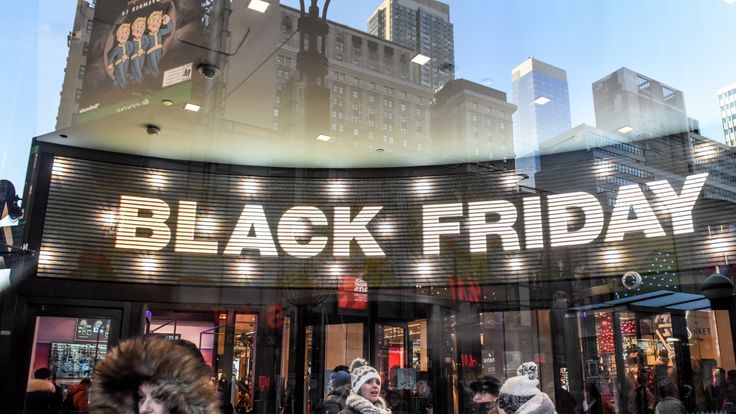 Americans don’t get nearly as much holiday as we do – two weeks a year is the standard. Having often travelled a long way home many workers turn Thanksgiving into a long weekend.

The term Black Friday was originally coined in Philadelphia and it reflected the negative connotations of the colour black.

The Friday after Thanksgiving was “black” because so many people on the move that it was a bad day to try to do anything because trains, planes and roads were so crowded.

:: Black Friday: ‘I did 18-hour days and delivered 254 parcels in a shift for Christmas rush’

In a similar way there used to be a British Black Friday: the last Friday before Christmas when roads were busy and A&E departments in hospitals were stretched.

It wasn’t long before big business in the US started to exploit the phrase because they noticed that many people off work started to crowd the shops.

Walmart, America’s biggest chain of general stores and the owners of Asda here, opened it stores all night from 10pm on Thanksgiving as part of a special Black Friday promotion. Other shops followed suit and today everyone’s inboxes are crowded with emails promising Black Friday bargains. Even though consumer organisations claim that most of the so-called offers don’t amount to much.

For a while Black Friday at least did its job on main street and in shopping malls. The entirely false story spread that Black Friday was so-called because it was when shops went in to the black from the red and started to make a profit. 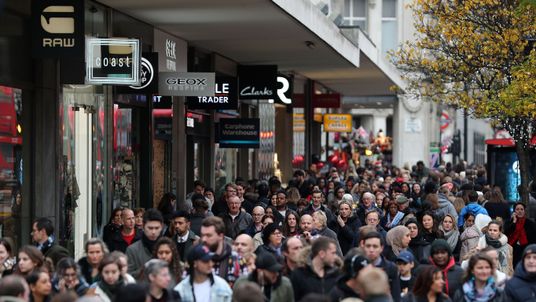 At least stores were full, tills rang out and many Americans enjoyed a day out shopping. A handful of big ticket items such as designer clothes and electronic goods were marked down to ridiculously low prices as loss leaders.

When the shop doors were thrown open there were sometimes scuffles as the crowds rushed to grab a bargain. Black Friday in the US was good, clean retail therapy, a bit like the Boxing Day sales used to be here in the UK.

Then the internet happened. Many people stopped bothering to go out and bought stuff online instead.

To try and woo customers back, shops run sales pretty much all the year round these days, certainly starting long before the “holiday season”.

The internet giants weren’t going to lose out though. Not content with annexing Black Friday they invented Cyber Monday – that’s this Monday coming when they’ll try to bamboozle us in to buying anything we haven’t shelled out for over the Thanksgiving weekend.

It doesn’t have to be this way. Let the Americans keep their Thanksgiving, Black Friday and Cyber Monday if they want them. But they’ve got nothing to do with us in this country.

We don’t mark Bastille Day, or Rote Mai (Red May Day celebrated by the left on the continent). Vive la Difference!

My fellow Brits, take back control. Beat back and bin Black Friday!