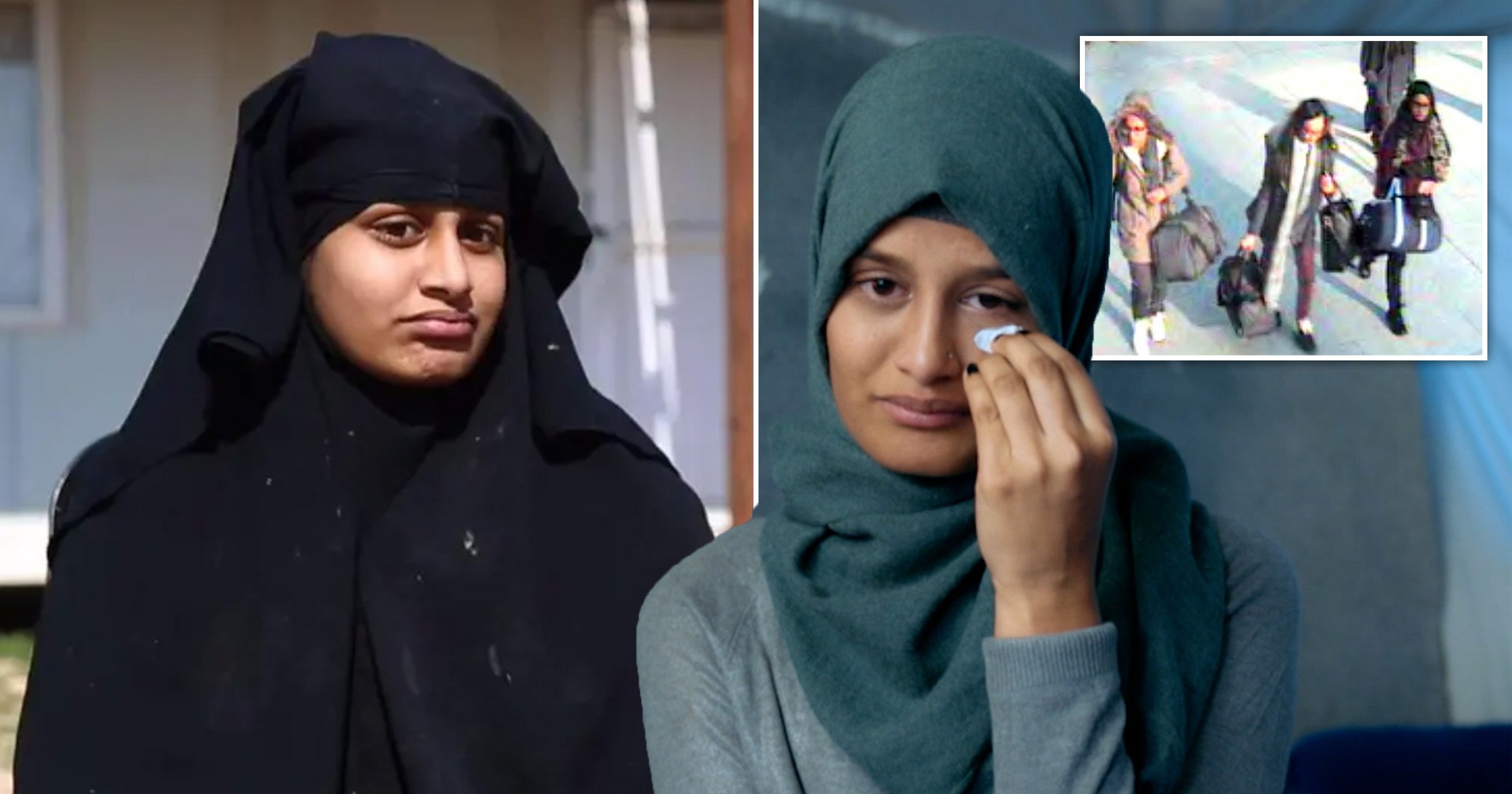 Shamima Begum has claimed she left the UK to join Isis because she wanted to help people in war-torn Syria and to ‘be part of something’.

In a new emotional interview, the former child bride, now 21, said she followed her classmates to join the terror group in 2015 because she was ‘young and naive’ and ‘didn’t want to be left behind.’

Ms Begum, from Bethnal Green, East London, has made the comments in an upcoming documentary about her life in a Syrian refugee camp.

She said Isis recruiters preyed on the guilt the young girls felt at seeing muslims suffering in Syria, and offered them a chance to be a ‘part of something’, reports the Telegraph.

In The Return: Life After Isis, Ms Begum revealed the moment she decided to fly to Syria.

She said: ‘I knew it was a big decision, but I just felt compelled to do it quickly.

‘I didn’t want to be the friend that was left behind.’

Ms Begum flew from London Gatwick to the Middle Eastern country – along with classmates Amira Abase and Kadiza Sultana – to marry a Dutch jihadist.

Since fleeing six years ago, her two friends, and all three of the children she birthed, have died.

Speaking about the death of her daughter, Ms Begum said: ‘When she died it was so hard because I just felt so alone and I felt like my entire world was falling apart in front of me and I couldn’t do anything.

‘When she died at that moment I just wanted to kill myself. I felt like I couldn’t even get up to run any more when there were bombings.

‘The only thing keeping me alive was my baby I was pregnant with. I felt like I had to do him right by getting him out and giving him a normal life.’

Speaking from the al-Roj camp in northern Syria, Ms Begum said she did not understand why her babies died, adding: ‘I felt like it was my fault for not getting them out sooner even though I didn’t know why they died.’

Ms Begum, who had her British citizenship revoked in 2019, previously told reporters her children died of malnutrition and disease.

Her third child, a boy, died from pneumonia just one month after being born in March 2019.

Ms Begum said she hoped British people would have an ‘open mind about why I left and who I am now as a person’ and pleaded with the government to allow her to return home.

She said people wrongly ‘feel like I’m responsible’ for the crimes of ISIS but she now realises she was ‘naive’ and rejects its beliefs.

The UK’s Supreme Court ruled in February that Ms Begum cannot return to pursue an appeal against the removal of her British citizenship.

The Return: Life After Isis will be available on Sky Documentaries and NOW TV from June 15 at 9pm.