Several houses destroyed after grassfire rages out of control 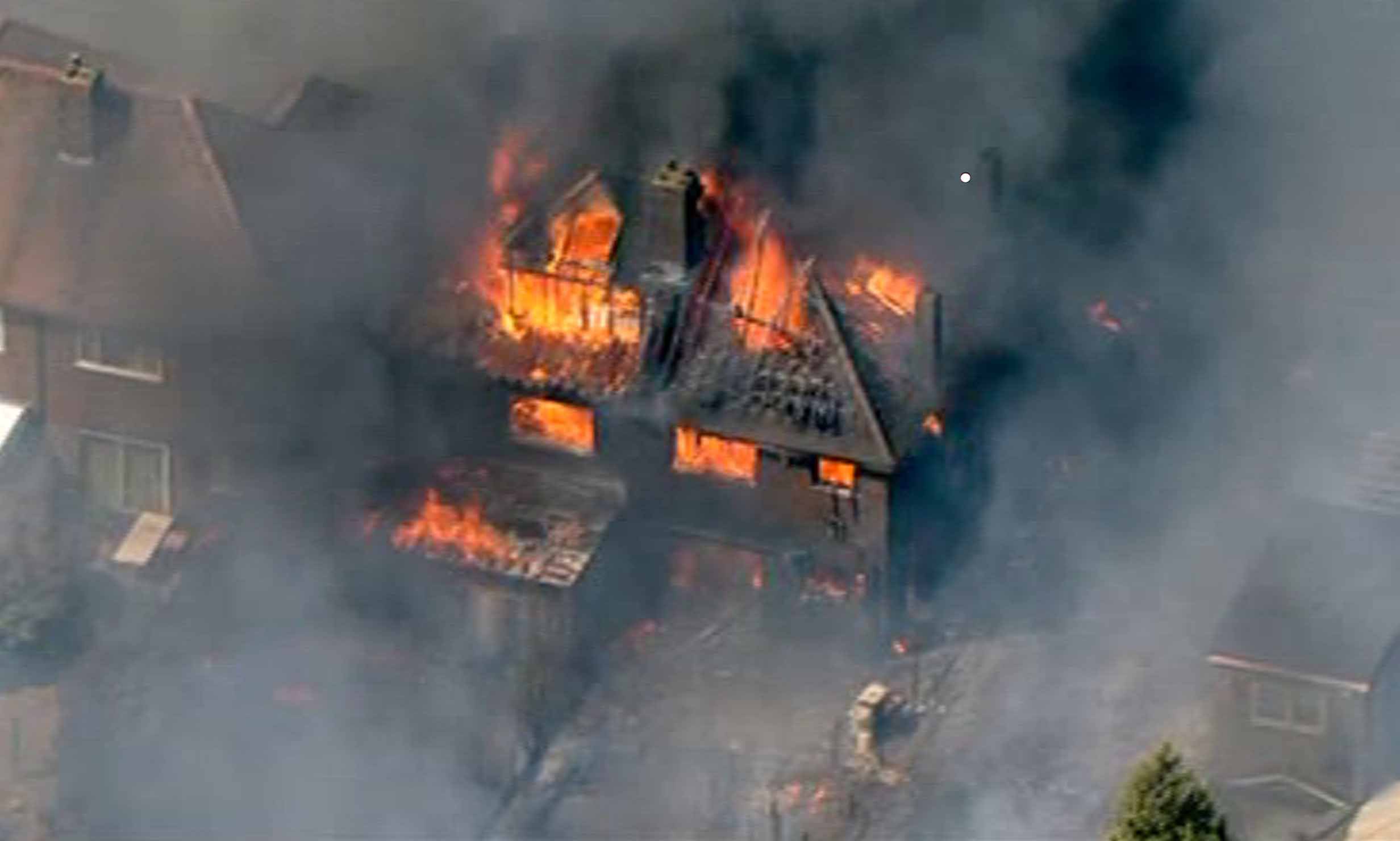 Several houses have been destroyed on the edge of London after a grass fire broke out and spread wildly out of control.

It comes as London Fire Brigade declares a ‘major incident’ – with crews tackling multiple fires across Greater London due to dangerous temperatures.

It is officially the hottest day the UK has ever seen, with temperatures topping 40°C.

The blaze swiftly tore through houses in Wennington, close to the Dartford Crossing, this afternoon.

Around 100 firefighters and 15 fire engines are fighting the flames on The Green.

Desperate residents could be seen running from their houses to escape the fire before crews arrived.

Four fire engines and around 25 firefighters were earlier called to reports of a fire on Green Lanes in Southgate, north London.

People driving on the A2 and nearby roads are advised to take care, due to smoke rising in the area.