Emergency services are at the scene after a train crashed into a vehicle on the tracks in Johnstone shortly after 6am this morning. The driver was rescued from the car by firefighters before being treated by paramedics.

The driver was rescued from the car by firefighters before being treated by paramedics.

The Scottish Fire and Rescue Service dispatched nine crews to the scene and helped the nine uninjured passengers from the train along with Police.

A Police Scotland spokeswoman said: “A report was received around 6.15am on Saturday August 15 that a train had collided with car near Johnstone, Renfrewshire.

“Emergency services are in attendance.” 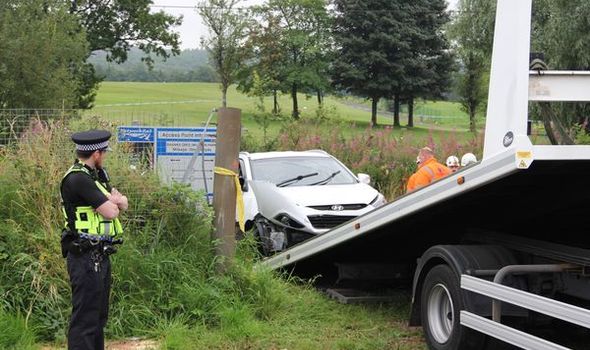 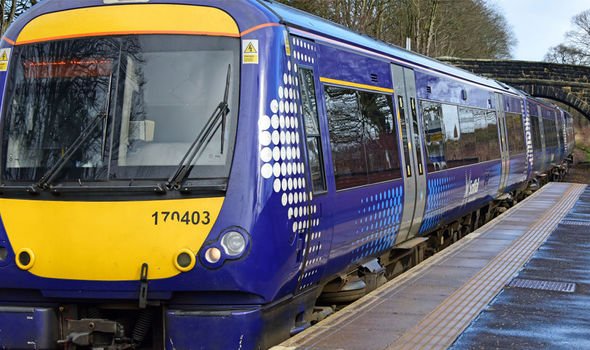 A spokeswoman for the fire service said: “We were alerted at 6.26am on Saturday August 15 to reports of a collision between a car and a train.

“Firefighters removed the driver from the car before transferring them into the care of paramedics.

“There were no other casualties.

“Crews thereafter escorted nine passengers on board the train to safety.

“The Scottish Fire and Rescue Service presently remains at the scene.”

There are not thought to be any life-threatening injuries as a result of the crash.

A British Transport Police spokesperson, added: “Officers were called to the line in Johnstone at 6.26am this morning (15/08) following reports that a car had collided with a train. 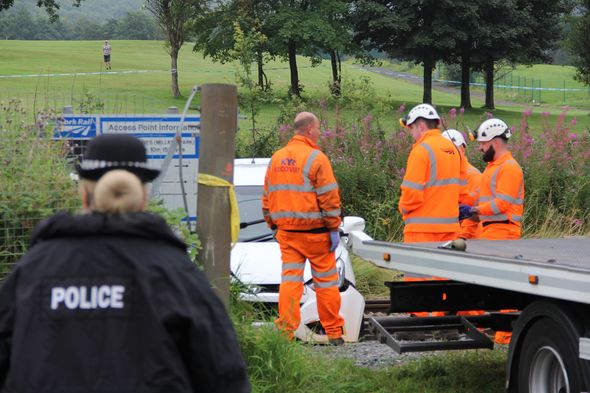 “Paramedics also attended and the driver has been taken to hospital, thankfully his injuries are not believed to be life threatening.

“The vehicle has now been recovered, and the incident is not being treated as suspicious.”

Network Rail have since reopened the line between Paisley Gilmour Street and Kilwinning.