Sand portraits of the fallen etched on UK beaches

Artists began work in the early hours at low tides and used stencils and rakes to create the images.

The project was inspired by film-maker Danny Boyle as an informal, nationwide gesture of remembrance.

On 32 beaches from Cornwall to the Shetland Isles, and Pembrokeshire to Donegal, portraits of the fallen were sculpted in the sand.

They were created to say thank you to those who sacrificed their lives before a collective goodbye as the sea comes in and washes away their images forever. A portrait of war poet Wilfred Owen was sculpted in the sand during the Pages of the Sea commemorative event at Folkestone.

:: Deaths from conflict still high 100 years after World War One

In Redcar, the image of Private Theophilus Jones from Darlington was etched in the sand. He was the first British soldier to die on English soil when he was killed while guarding a gun battery in Hartlepool after German gunships bombarded the town. 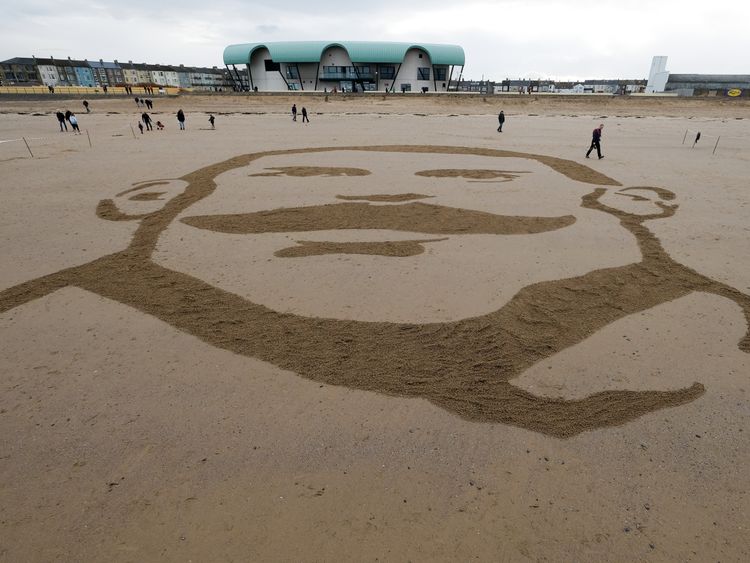 On Blackpool beach, a single white rose was placed on the sand portrait of Lance Corporal John Edward Arkwright, born in 1890 during Queen Victoria’s reign. 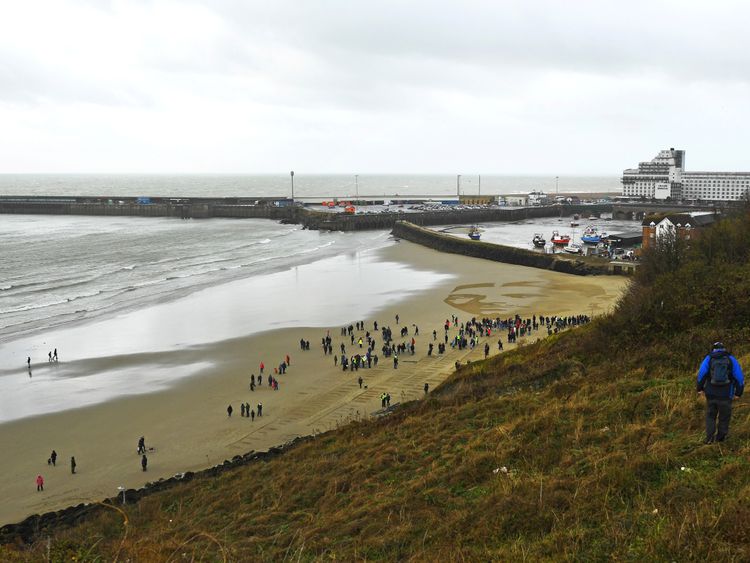 He landed in France with the 1st Battalion, King’s Own Royal Lancaster Regiment on 23 August 1914.

Three days later he was killed in action during the battle of Le Cateau.

The former police officer with the Lancashire Constabulary was just 23 and left behind a wife, Isabella. 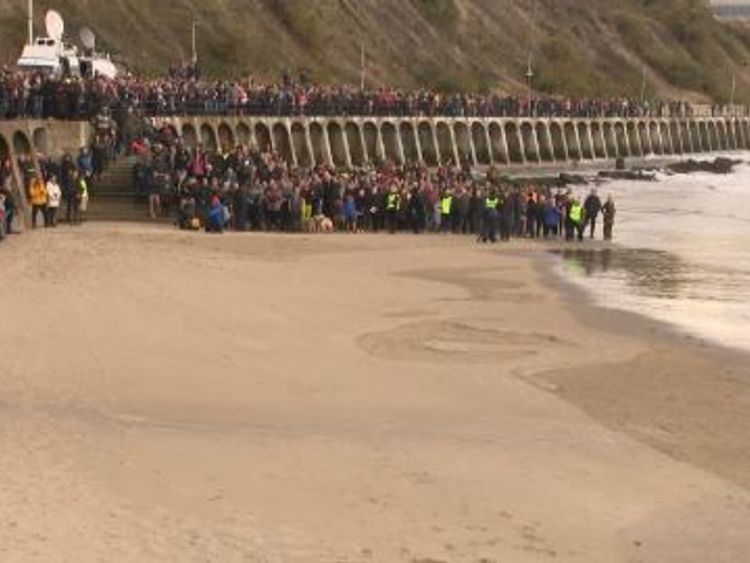 Abigail Wrigley, with her nine-year-old daughter, Caroline, brought faded family photographs to the beach to remember her own relatives who fought, and died.

Mrs Wrigley, from Bolton-le-Sands, Lancashire, held pictures of her great grandfather William John McLean, from Milford Haven, mentioned in dispatches in the First World War, who died at sea in 1940 during the Second World War. 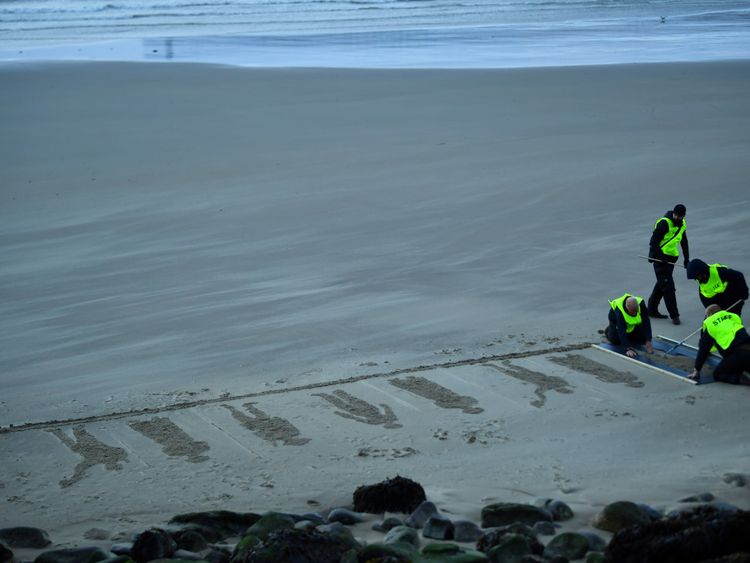 She also held pictures of his two sons, her great uncles, Billy and Harry McLean, who survived the 1939-45 conflict.

Mrs Wrigley said: “There are a few of our family that have been in the services and this is what we are bringing today to think of them.

“They felt they had to serve their country and it meant that we have all the opportunities and liberties we do have today.

“I heard on the radio someone saying it’s about glorifying the dead, it’s not, it really isn’t. It’s about remembering gratefully those who gave their lives so that we could have what we have. Rebecca Snowden, from Poulton, Lancashire, was on the beach with her three teenage children and her mother to pay their own respects.

She said: “It’s important to remember, we’ve brought the children as well. It needs to be remembered.

“The fact that they are drawing these portraits on the sand, I just think is perfect. We won’t forget.”

Her mother Shelagh Snowden, added: “It’s something the children will really remember as they get older. It is to honour them because it was the most horrific experience for them.”