After the college refused to remove the statue, academics at Oriel College have claimed they will not teach or take part in any outreach programmes. Commenting on the Express.co.uk story, Britons called on the dons to be sacked over the boycott. One reader said: “Well sack them, start interviews for replacement of any teaching staff who refuse to work.”

A second said: “It is plain as day why the kids are into cancel culture with academics like these filling their heads with absolute rubbish.

“Every single one of the 150 should be sacked for promoting divisive thinking by sticking the made up hippie slogan it is racism, a word used totally out of context at every opportunity.”

Another said: “If they do this I hope the Rhodes scholarships are cancelled too, you cannot have one without the other.

“Talk about the tail wagging the dog. 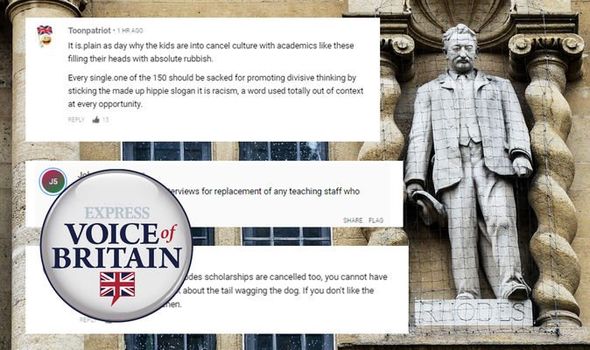 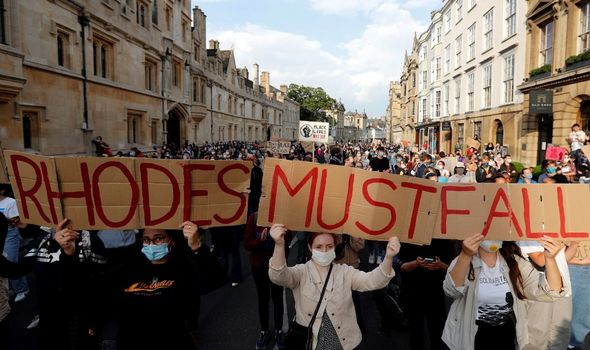 “If you don’t like the heat get out of the kitchen.”

The row sparked after the college revealed it would not remove the statue despite links to the UK’s colonial past.

The status sparked protests last year following the death of George Floyd and was led by the “Rhodes Must Fall” movement.

Some dons claimed the statue was a source of shame for academics at the college. 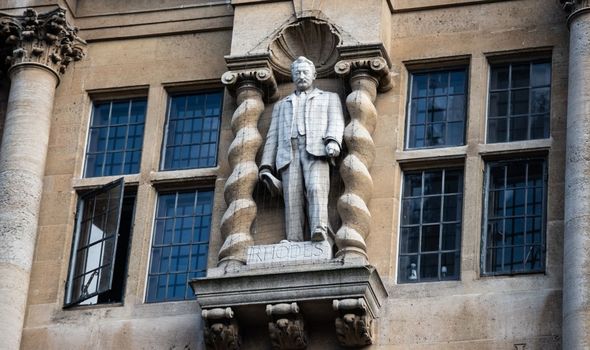 They also claimed the decision to ignore recommendations made by the independent inquiry set up last summer.

A statement from the academics said: “The collegiate university can only effectively and credibly work to eradicate racism and address the ongoing effects of colonialism today if all the colleges do so.

“Oriel College’s decision not to remove the statue of Cecil Rhodes undermines us all.

“Despite votes in favour from its student common rooms and despite an earlier vote of the governing body expressing their wish to remove it, Oriel has now decided not to. 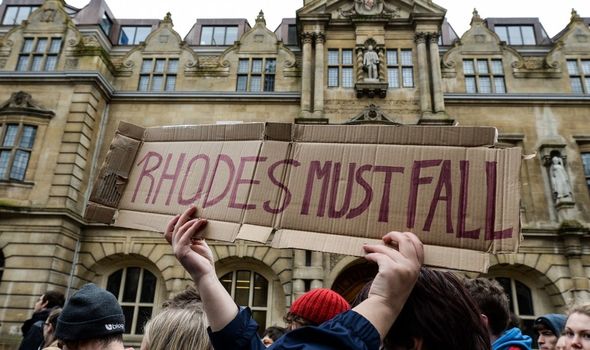 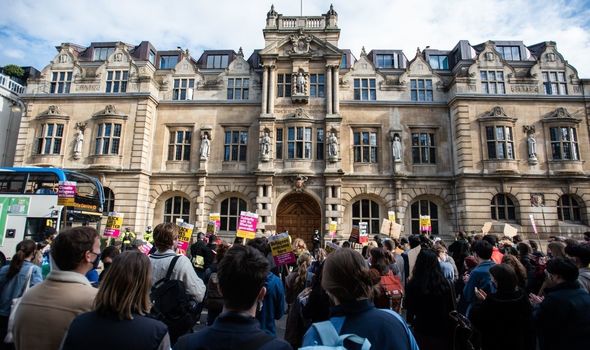 “Faced with Oriel’s stubborn attachment to a statue that glorifies colonialism and the wealth it produced for the college, we feel we have no choice but to withdraw all discretionary work and goodwill collaborations.”

As reported by The Daily Telegraph, Danny Dorling, the Halford Mackinder professor of geography at St Peter’s College, claimed the move was intended to show the dissatisfaction with the decision to retain the statue.

He said: “The extent of the upset is probably larger than what they predicted and it is possible that they may not realise the strength of feeling about this.

“This is a way of making it obvious in case it’s not clear.

“Having your university associated with a statue of a racist is deeply upsetting and puts a smear on the whole university.”

Other academics, however, claimed the move was “pathetic”.

One said: “The petition is clearly bonkers and the grown-ups around Oxford should know better. 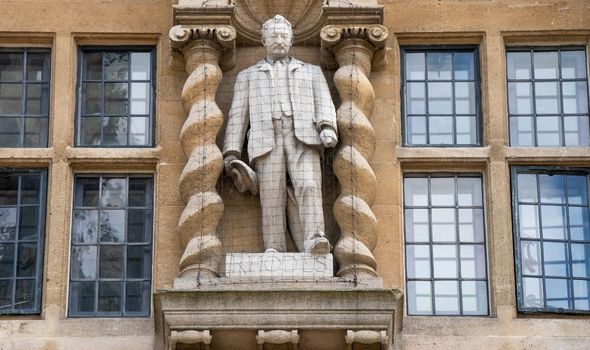 “It is crazy to take out their virtue-signalling on the Oriel undergraduates.”

Last year, Oriel’s governing body claimed it was their wish to remove the Rhodes statue.

An independent commission was set up to examine the key issues surrounding it but last month, the governing body claimed removing the monument should be delayed due to the cost.