The Queen has delighted royal fans this morning with her appearance at Windsor Castle for Trooping the Colour. The birthday parade was in a reduced and socially-distant form this year, on the Quadrangle of the Castle which may be familiar to royal watchers as the site from which Prince Harry gave the birth announcement for Archie last year.  Normally, the huge ceremony takes place in Central London, starting from Horse Guards Parade and ending with the famous Buckingham Palace balcony appearance from the Royal Family.

Another big change this year has been the parade taking place solely on foot, when usually mounted troops from the Household Cavalry are a beloved spectacle on the day.

Impressive Windsor Grey horses are used to draw the carriages in the procession that takes the Queen and members of the Royal Family to Buckingham Palace.

The Windsor Greys are in fact bred at Windsor, where the Queen is currently staying, before being stabled at the Royal Mews at Buckingham Palace when they begin service. 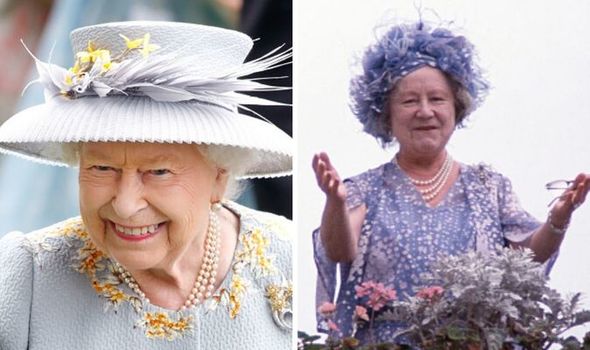 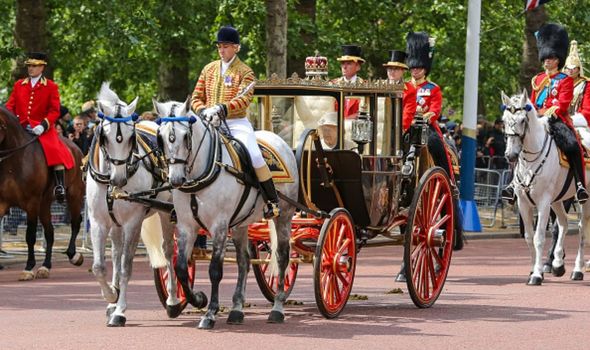 Her Majesty takes a personal interest in the horses there, alongside her beloved horses stabled there for her personal use.

She was seen just this month taking a brisk ride, at the age of 94, through Windsor Great Park on one of her favourite ponies.

Royal author Penny Junor, writing in her 2005 book “The Firm”, shared an extraordinary moment with the Queen and the horses at Windsor that moved the Queen Mother to tears.

Ms Junor explains how the Queen had become intrigued with horse trainer Monty Roberts’  “horse-whispering” methods when she read about him in a horse racing magazine.

Despite her trainers and aides dismissing his methods as “rubbish”,  Her Majesty decided to invite him to Windsor.

Ms Junor continues: “The Queen, the Duke of Edinburgh and the Queen Mother all came to watch that first morning, as did the Queen’s stud groom and a number of female grooms.

“The Queen had selected 23 young horses with which to test him, including a filly belonging to the Queen Mother.

“Apart from the Queen, who had an open mind, the audience was deeply sceptical.”

However, when some of the female grooms thought that Mr Roberts had hypnotised the horses, the Queen was “very upset”, and ordered two difficult three-year-old stallions destined for the Household Cavalry to be sent up to the Windsor schooling ring.

Mr Roberts recalled: “These little babies were Suffolks, huge and raw as can be. They weighed a ton. 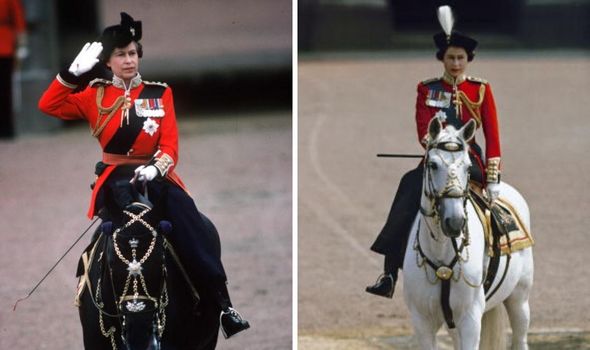 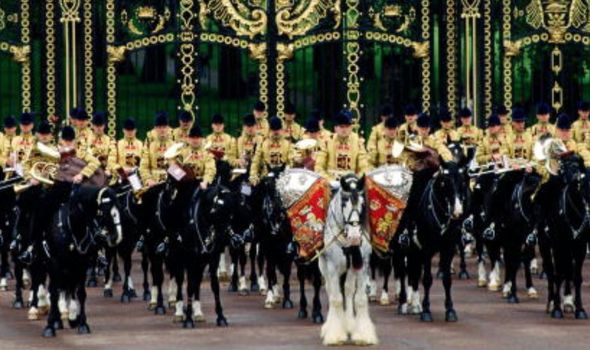 “The two of them were in this little horse box, there is steam pouring out of it and the truck is rocking from side to side.”

However, he continued: “In 30 minutes I had a rider on the first horse and had him trotting around.

“The Queen was jubilant.

“The girls were sliding out and going back to the stables not saying a word.

“They said no, they had things to do, and the Queen knew they did but she wants them to watch, so they did, and the second horse was just as good.”

Ms Junor continues: “The Queen was profoundly affected by what she had seen and had plenty of questions about why the horses had behaved as they had.

“The Duke of Edinburgh was predictably curt – ‘I’ve got a whole load  of ponies out there that I don’t think you could do that with’ – during the next few days he was proved wrong.

“But the Queen Mother, who had great difficulty walking at that time and was leaning heavily onto one of her staff, had tears streaming down her face.

“‘That’s the most beautiful thing I’ve ever seen in my life’, she said, stiffening only slightly when, without thinking, Monty put a pair of comforting arms around her.

Mr Roberts also told the author how it was the Queen herself who turned his fortunes around and gave him the courage to promote his kinder way of working with horses.

Ms Junor writes: “Monty had produced champions but early in the Nineties he was persona non grata in the horse world because he had had the temerity to suggest that it was unnecessary to hurt and frighten horses in order to get them to do what you wanted.

“Now, his methods for starting horses have been adopted by forward-thinking, enlightened people all over the world, his books on the subject have sold in their millions, and he no longer has to worry that  he might be forced to sell the farm.”

Mr Roberts told the author: “The person who did all of this was Her Majesty.

“She was the one who found me and believed in me and she said, ‘There must be a book.’ And she didn’t  let it go.”

He went on: “Sheikh Mohammed could have endorsed it, but he wanted it for his horses, not for anyone else’s; Walter Jacobs wanted it to be exclusive to Germany; Ronald Reagan said, ‘You just keep it under your hat, we’ll have some real nice racehorses’.

“Her Majesty’s fist words were, ‘We’ve got to get this out to the rest of the world.’

“She’s the only one who came at it with a generous attitude.

“Her primary motivation I think is, it’s a better way, a kinder way, and we’ve been making a lot of mistakes.

“I also believe in the time she has watched and worked with me that she believes there will be better racehorses, and horses and carriage, and Household Cavalry horses as a result.”

“The Firm” (2005) by Penny Junor is published by HarperCollns