Royal SHOCK: Prince William has ‘ISSUES’ with Harry after marriage to Meghan Markle

Royal expert Chris Ship said tensions are rumoured to have soared between the two royal brothers after the marriage of Prince Harry and Meghan Markle. ITV royal correspondent Chris Ship said: “The way in which a lot of the tensions were reported between the Sussexes and the Cambridges was all done through the prism of the women, between Kate and Meghan. It’s an old narrative.”

The truth is there has been a little bit of an issue between the two brothers, between William and Harry

But he said this is not the case, adding: “The truth is there has been a little bit of an issue between the two brothers, between William and Harry.

“But also don’t forget they are also very competitive. They both went to Eton. They are alpha males. Siblings do have rivalry and every family will know that.

“Therefore, there has been a little bit of tension between the two of them. It’s not quite clear what started it.” 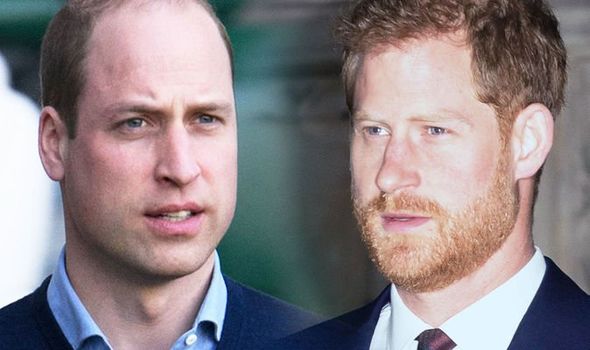 Mr Ship insisted there are many reasons why the pair had “issues”. He said: “There is many things that could have started it but there are new relationships that started, with Harry and Meghan, for example. There are new projects.”

The ITV News correspondent explained: “There was an issue between William and Harry. It was written as a problem between the wives. That actually isn’t true.

“We are told it is slightly better now and we are told they have been having a conversation after Archie was born and they have been into the new house where Harry and Meghan live in Frogmore Cottage on the Windsor estate.

“A royal aide told me recently ‘we are back on track’.

“It remains to be seen.

Meghan and Harry have dominated the media since they announced they were engaged in November 2017 and are at risk of “challenging the popularity” of William and Kate, according to historian and author Dr Anna Whitelock.

Speaking to Gayle King in the CBS News Special of ‘Meghan and Harry Plus One’, Dr Whitlock said: “Before very long Prince William and Kate will be Prince and Princess of Wales.

“Harry and Meghan sort of undermining and challenging their popularity and status may just be a little bit too much.”

Prince Harry and Meghan introduced their first child, Archie Harrison Mountbatten-Windsor, who is seventh in line to the throne, to the world at the start of May. 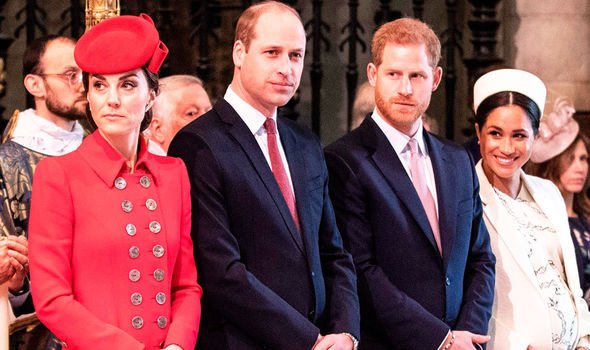 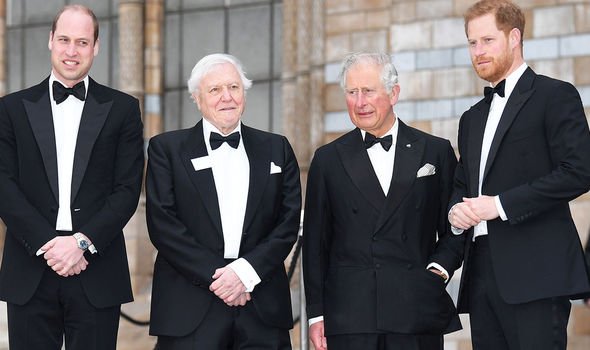 Meghan and Harry revealed they had welcomed their first child into the world at 5:26am on Monday, May 6, weighing in at 7lbs 3oz.

But William and Kate waited over a week before they met Meghan and Harry’s son for the first time.

The decision sparked a huge debate on Australia’s Sunrise morning show, in which host, David Koch insisted there is still a “rift” between the brothers.

Mark Beretta, also on the morning show panel, then claimed the decision was a “very obvious sign” that there was a “problem” between the brothers.

Prince William and Kate visited Harry, Meghan and their week-old son at their home, Frogmore Cottage, in Windsor, just over a week after the birth.

Kate and William are understood to have travelled to Windsor after carrying out engagements.

Meghan Markle and Prince Harry to reunite with Queen, William and Kate for one last time