Home » Europe » Royal rulebreaker: What was the ONE time the Queen AGREED to break protocol?

Royal rulebreaker: What was the ONE time the Queen AGREED to break protocol?

Queen Elizabeth II has been on the throne for 67 years, more than any other British monarch. The 93-year-old Queen has become known for keeping to the protocol, but on one occasion the monarch threw the royal rule book out the window for an opportunity she could not resist.

In a new book by the Queen’s dressmaker Angela Kelly, it was revealed how the monarch broke protocol when she was presented with Danny Boyle’s plan to include her in the 2012 London Olympics James Bond sketch through Private Secretary Edward Young.

The short clip shows actor Daniel Craig, who played Agent 007 in the film, greeting the Queen and escorting her from the Palace to a helicopter.

Ms Kelly wrote in the book, titled The Other Side of the Coin, the Queen, the Dresser and the Wardrobe: “There are few occasions on which Her Majesty will agree to break protocol, but in 2011 when film director Danny Boyle approached the Royal Household, he had a request to make that we simply could not refuse.

“She was very amused by the idea and agreed immediately. I asked then if she would like a speaking part. 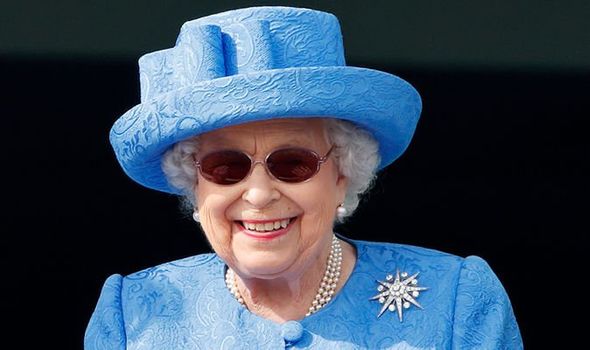 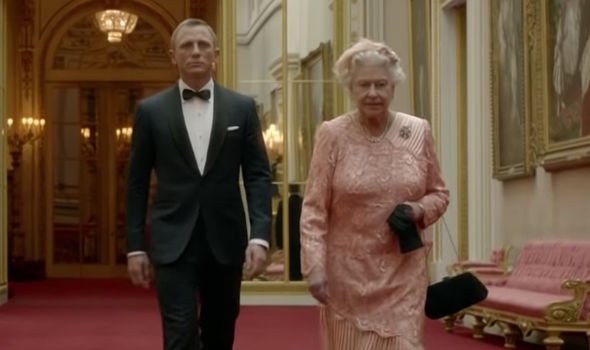 “Without hesitation, Her Majesty replied: ‘Of course I must say something. After all, he is coming to rescue me.’

“Within minutes, I was back in Edward’s office delivering the good news to Danny.

“I think he almost fell off his chair when I said that the Queen’s only stipulation was that she could deliver that iconic line: “Good evening, Mr Bond.” 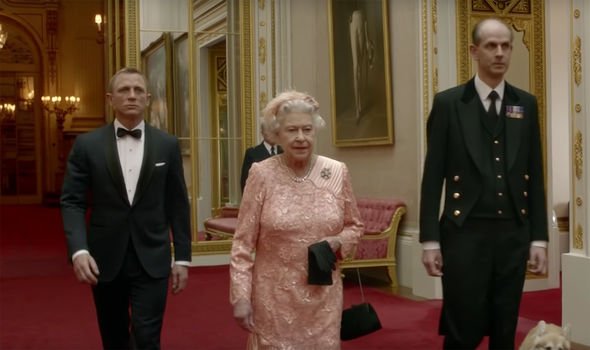 Queen Elizabeth II went on to record the five-minute film in secrecy four months before the London Olympics.

In it, she received Mr Craig’s James Bond at Buckingham Palace before accompanying him to a waiting helicopter, from which stunt doubles parachuted into the Olympic Park.

Wearing the same outfit as she had “parachuted” in, the Queen then made her entrance, taking her place in the Royal Box.

Ms Kelly, who got a job in the royal household in 1994, also reveals the monarch gave the book her personal blessing.

She said: “It was a joy to reminisce with the Queen over these stories.”

The dressmaker also revealed in the book, which extracts have been published by Hello! Magazine, she personally wears the monarch’s shoes before royal engagements.

Ms Kelly said: “As has been reported a lot in the press, a flunky wears in Her Majesty’s shoes to ensure that they are comfortable and that she is always good to go.

“And yes, I am that flunky. The Queen has very little time to herself and not time to wear in her own shoes, and as we share the same shoe size it makes the most sense this way.” 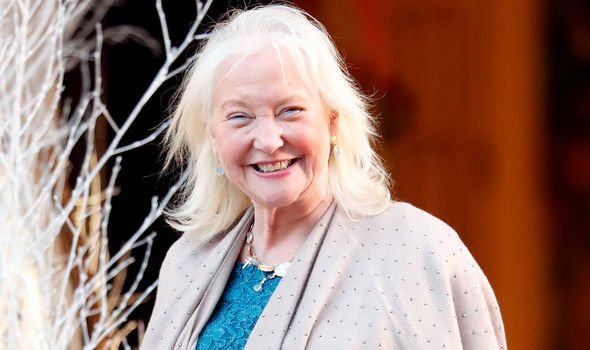 Ms Kelly has served as Personal Assistant and Senior Dresser to the Queen since 2002.

She is responsible for the Queen’s clothes, jewellery, and insignia.

The dressmaker also researches the venues for royal visits as well as the significance of different colours, in order to create appropriate outfits for the monarch.

Her book The Other Side of the Coin, the Queen, the Dresser and the Wardrobe is her second.

In 2013 she published Dressing the Queen: The Jubilee Wardrobe.