Speaking on ITV Good Morning Britain, the Chairman of the Foreign Affairs Committee claimed the Royal Navy is looking into helping to rebuild Beirut port after the deadly explosion in the Lebanese capital. Mr Tugendhat claimed the UK is already one of the biggest donors to Lebanon and urged the Foreign Office to use its diplomatic network to encourage other nations to step up their support to the people of Lebanon. He said: “We should be looking at helping to reopen the port as quickly as possible and that’s a task that the Royal Navy can do.

“That would be an important thing to do and I know the Royal Navy is already looking at it.

“For the rest of support, there are two areas we can look at.

“First of all, we are already one of the biggest donors to Lebanon.

“We help support some of the two million Syrian refugees that the Lebanese people are incredibly generous to host. That’s about a third of the country.

“So we could increase that and make sure that we contribute.

“But the second thing and most important thing that we can do is we have a worldwide diplomatic network, alongside the Lebanese diaspora we can help I hope to bring together international support for the reconstruction of Lebanon.

“That’s where our network is more important than our money and I think that’s an area where the Foreign Office can really make a difference.” 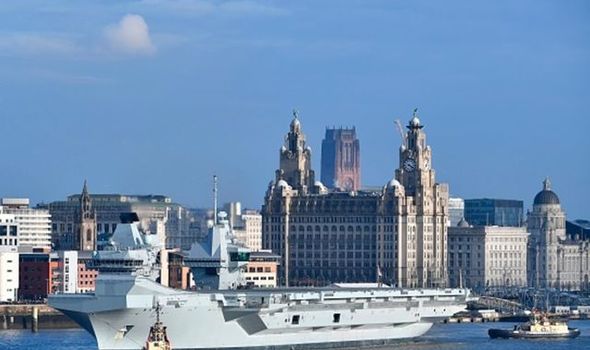 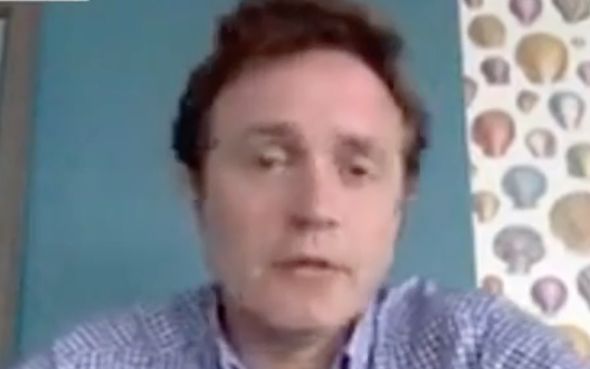 Lebanese rescue teams pulled out bodies and hunted for missing people on Wednesday from the wreckage caused by a massive warehouse explosion that sent a devastating blast wave across Beirut, killing at least 135.

Prime Minister Hassan Diab declared three days of mourning from Thursday as early investigations blamed negligence for the explosion at Beirut port, which has left tens of people missing and injured more than 5,000 others.

Up to a quarter of a million people were left without homes fit to live in, officials said, after shockwaves smashed building facades, sucked furniture out into streets and shattered windows miles inland.

The death toll was expected to rise from the blast, which officials blamed on a huge stockpile of highly explosive material stored for years in unsafe conditions at the port.

The explosion was the most powerful ever in Beirut, a city still scarred by civil war that ended three decades ago and reeling from an economic meltdown and a surge in coronavirus infections. The blast rattled buildings on the Mediterranean island of Cyprus, about 100 miles (160 km) away.

“No words can describe the horror that has hit Beirut last night, turning it into a disaster-stricken city,” President Michel Aoun said in an address to the nation during an emergency cabinet session.

Aoun said 2,750 tonnes of ammonium nitrate, used in fertilisers and bombs, was stored for six years at the port after it was seized.

The government was “determined to investigate and expose what happened as soon as possible, to hold the responsible and the negligent accountable,” he said.

An official source familiar with preliminary investigations blamed the incident on “inaction and negligence”, saying “nothing was done” by committees and judges involved in the matter to order the removal of hazardous material.

The cabinet ordered port officials involved in storing or guarding the material to be put under house arrest, ministerial sources told Reuters.

Officials have not confirmed the origin of an initial blaze that sparked the explosion, although a security source and local media said it was started by welding work.

DON’T MISS:
Ammonium nitrate: What is ammonium nitrate? How explosive is it? [INSIGHT]
Queen sends heartbreaking message to families of Lebanon blast victims [VIDEO]
Beirut explosion: Satellite photos reveal before and after of blast [PICTURES] 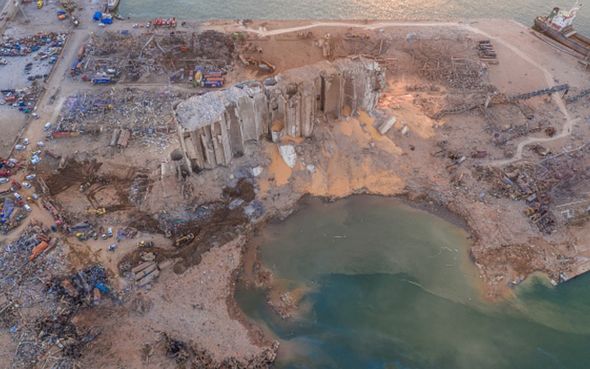 Offers of international support poured in.

Gulf Arab states, who in the past were major financial supporters of Lebanon but recently stepped back because of what they say is Iranian meddling, sent planes with medical equipment and other supplies.

Turkey said it would send 20 doctors to help treat the injured, as well as medical and relief assistance. Iraq pledged fuel aid, while Iran offered food and a field hospital.

Iranian Supreme Leader Ayatollah Ali Khamenei tweeted: “We sympathize with the dear Lebanese citizens and stand by them in the painful tragedy of the Beirut port explosion … Patience in the face of this incident will be a golden leaf of honour for Lebanon.”

The United States, Britain and other Western nations, which have been demanding political and economic change in Lebanon, also offered aid. Germany, the Netherlands and Cyprus offered specialised search and rescue teams.

Two French planes were expected to arrive on Thursday with specialist rescue personnel and equipment, and President Emmanuel Macron was due to visit on Thursday.