Meghan’s due date is just a few weeks away, and the Duke and Duchess of Sussex have already made their final preparations before their baby arrives. As royal baby fever continues to sweep the nation, online retailers have been quick to seize the opportunity and splash out on baby Sussex-themed merchandise. Shoppers can now purchase “royal baby countdown” souvenirs online, with some retailing for more than £20 a piece. On Ebay, royal fans can purchase a “Prince Harry and Duchess Meghan 2019 Royal Baby Watch” mug for £15.49 plus £3.06 delivery.

The mega retailer is also putting up Prince Harry baby Bobble Head figurines for sale at £12.99.

A seller on Amazon is also offering a similar mug at £11.87, with £8 extra to cover shipping costs.

Meanwhile, Red Bubble is selling “Another Royal Baby on the Way” throw cushions for £19.75 each and a matching mug £10.41, but delivery is not included.

Royal fans can even buy their toddlers rompers which read “Don’t tell me to keep calm when Harry and Meghan are having a royal baby” which costs £15.56, coming in sizes that range from newborn to 18 months. 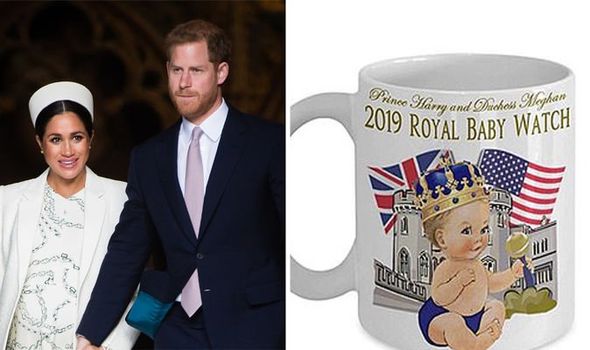 Meghan, who is now around eight months pregnant, revealed her due date will fall around end of April to beginning of May.

The baby’s gender has yet to be announced and continues to remain a mystery.

Meanwhile, guests were given baby shower-themed cookies and treats decorated in white and pale blue icing – adding speculation that the Duchess may be giving birth to a boy. 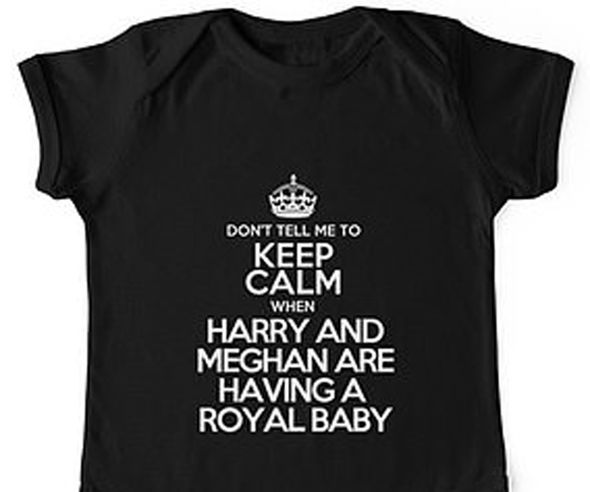 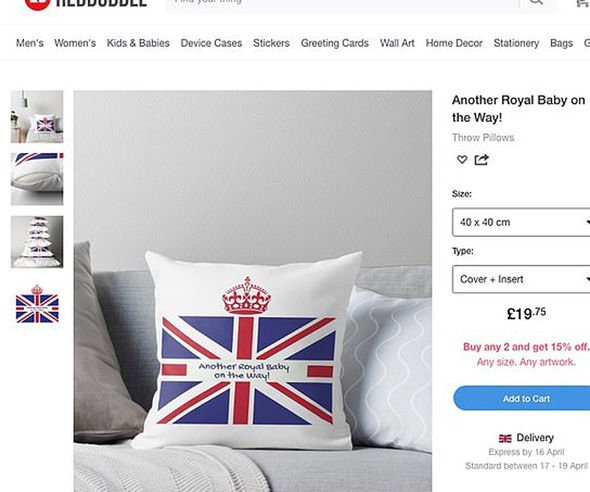 Meghan’s make-up artist Daniel Martin posted the picture of the treats on Instagram, and wrote: “Such an incredible day celebrating” along with the hashtag “#babylove” with three emojis, showing confetti, a teddy bear and red balloon.

The Duke and Duchess of Sussex have kept most of their royal baby preparations a secret.

Meghan and Harry’s household said in a statement: “The Duke and Duchess of Sussex are very grateful for the goodwill they have received from people throughout the United Kingdom and around the world as they prepare to welcome their baby.

“Their Royal Highnesses have taken a personal decision to keep the plans around the arrival of their baby private.

“The Duke and Duchess look forward to sharing the exciting news with everyone once they have had an opportunity to celebrate privately as a new family.”