Record 619,000 people told to isolate by NHS Covid app in just one week 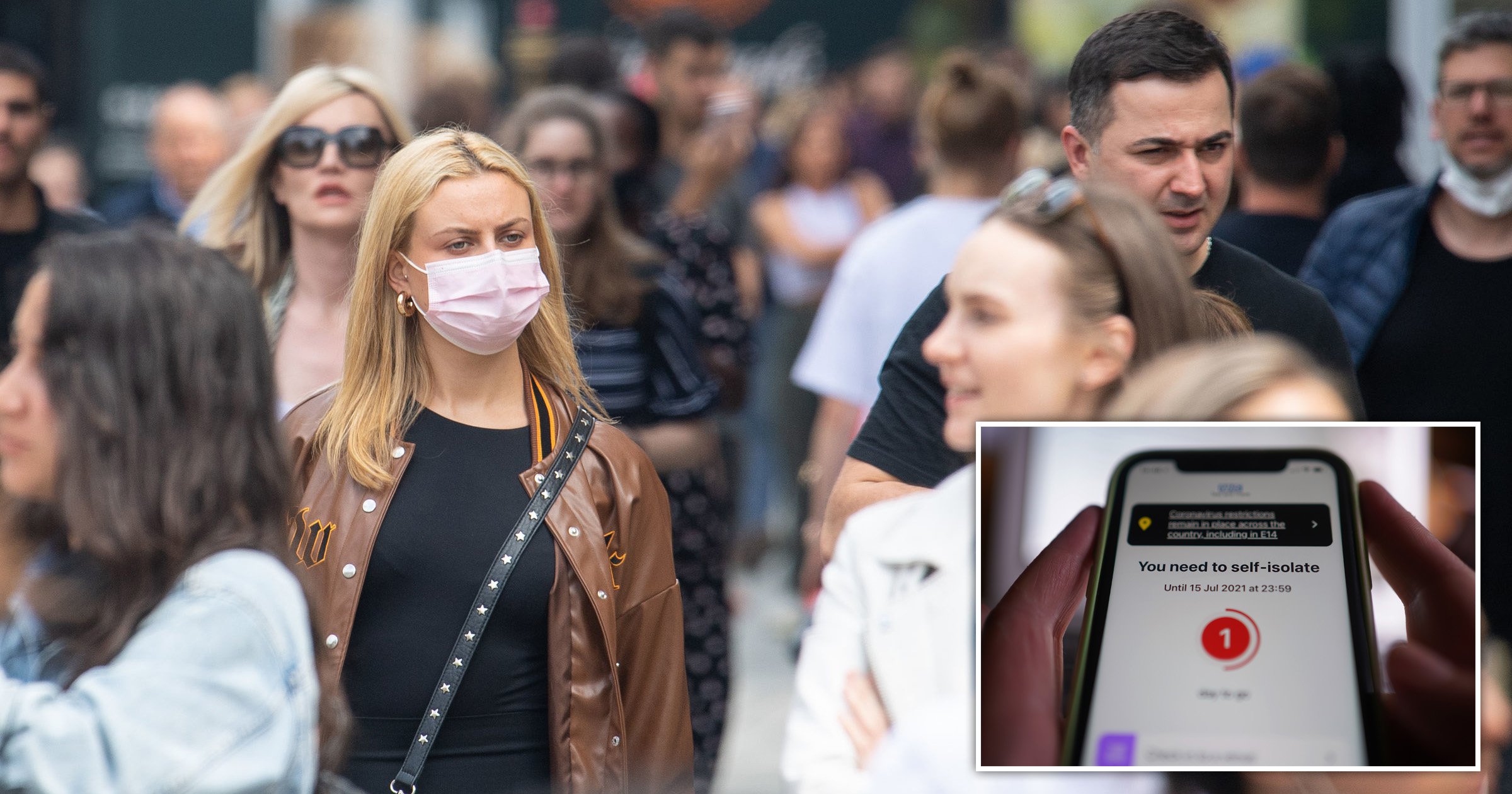 A record number of people were told to self isolate by the NHS Covid-19 app last week.

New figures have shown that 618,903 alerts were sent to users in England and Wales in the week to July 14.

The app notifies a person when they had been in close contact with someone who had tested positive for coronavirus and advises them to self isolate.

Several businesses have reported staff shortages, while some supermarket shelves are also empty due to the number of people in quarantine.

The increase is up by around 15% on the previous week, when 520,194 notifications were sent out.

But, in that time, cases have increased by 40% which should have led to a steeper rise in alerts.

Commentators have suggested that this shows people have been deleting the app or turning off contact tracing in order to avoid being notified.

It comes as the Government is set to reveal a ‘very narrow’ list of key industries where workers will be exempt from self isolation rules, if they have been double vaccinated.

Business secretary Kwasi Kwarteng said earlier: ‘We’re looking at different sectors and we will be publishing today the sectors that will be affected.’

Staff will be allowed to bypass the rules in order to carry on working and take daily tests instead – but only from August 16.

The chief executive of the Food and Drink Federation said up to 25% of staff at some businesses in his industry are self-isolating after being pinged.

Ian Wright told Sky News: ‘I think the situation is concerning and it’s up and down the supply chain.

‘It’s not consistent across the country – there are some places where shops and factories are working perfectly normally and in other parts manufacturers are under extreme pressure to continue producing because they may have up to 25% of their staff off.’

Mr Kwarteng said he would not ‘pre-empt’ the list when asked if the food industry would be on it.