An independent evaluation has found they can correctly identify 99.7 per cent of people who did not have the virus, and 76.8 per cent of people who did. Officials hope the tests could eventually be used to issue “day passes” to people who have tested negative, for example, before going to the theatre or a football match. For now, the evaluation concluded that tests made by Innova were accurate and sensitive enough to be used in the community, including for people without symptoms of Covid-19. Sir John Bell, regius professor of medicine at Oxford University, said: “The data in this validation report demonstrates that these inexpensive, easy-to-use tests can play a major role in our fight against Covid-19.

“They identify those who are likely to spread the disease and when used systematically in mass testing could reduce transmissions by 90 per cent.

“They will be detecting disease in large numbers of people who have never previously even received a test.”

Lateral flow testing involves a swab of the nose and throat to collect a sample, which is added to a tube of liquid before being transferred to a test cartridge.

As the samples do not need to be sent to a lab, the method is much faster than a standard PCR swab test.

The ultimate ambition is for people to use the tests at home, but officials are not yet sure if they are simple enough to be used correctly, so for now they are being administered by trained professionals. 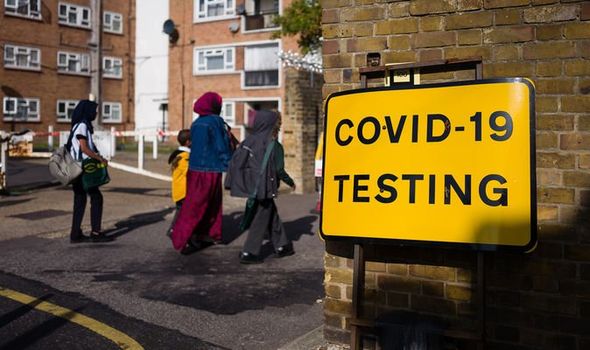 Accuracy can be affected if users do not carefully follow the instructions and experts are working on making the process easier to understand.

One was demonstrated earlier this week at a news conference by Brigadier Joe Fossey, in charge of the Liverpool testing campaign.

Asked whether the tests could pave the way for day passes, a source said more data from the pilot studies would be needed, but the tests “offer the promise of doing that”.

They added: “The data being put forward really supports that idea. Day passes look likely, but we have to have a bit more information.”

The Innova test is one of several being evaluated by Public Health England’s Porton Down lab and Oxford University.

Experts found it detected around 76.8 per cent of people with the virus overall, but this rose to 95 per cent of those with high viral loads who are infectious and most likely to spread the disease.

Health Minister Lord Bethell said: “We are absolutely committed to using the latest testing technology to make asymptomatic testing available in more areas. It is right we’ve taken a dual-track approach to evaluating this technology – by piloting them in the field so we can understand how best to make these tests available, and by getting our world-leading academics and clinicians to undertake rigorous evaluation of their ability to detect the virus.

“I’m delighted that both are already demonstrating that lateral flow tests can be the reliable, highly sensitive technology we need to help get this virus under control, and return to as close to normality as possible.”

Susan Hopkins, chief medical adviser at NHS Test and Trace, said: “These tests are proving to be accurate and reliable.

“And, importantly they’re able to detect Covid-19 in people without symptoms who could unknowingly be passing the virus on to others.

“Our evaluation work and the ongoing pilots are helping us to understand how lateral flow tests work in the field and how we may use them to help stop the spread of the virus.

“We are confident that these new tests, which have been rigorously evaluated, will make a real difference in how we protect people from this disease and help break chains of transmission.”

Meanwhile, data has revealed that hundreds of elderly nurses volunteered to come out of retirement to help in the fight.

Data from the Nursing and Midwifery Council shows thousands joined the nursing regulator’s temporary register after its creation in March. 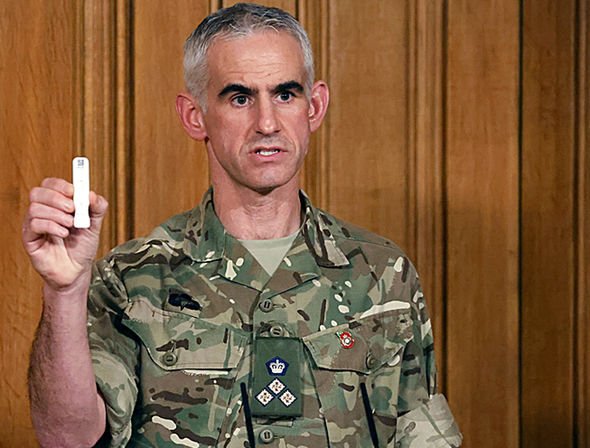 Council chief executive Andrea Sutcliffe said: “During an unprecedented time when the coronavirus pandemic brought the flow of professionals from overseas to a short-term standstill, we may have expected overall growth to slow.

“It’s therefore good news to see the growth in our permanent register at this mid-year point is broadly consistent with the same period last year.

“And it’s even more encouraging to see increases in people from the UK choosing to join and stay.

“However, we cannot be complacent. Nurses, midwives and nursing associates are at the heart of the UK response and the long-term impact on their future recruitment and retention is as yet unknown.”