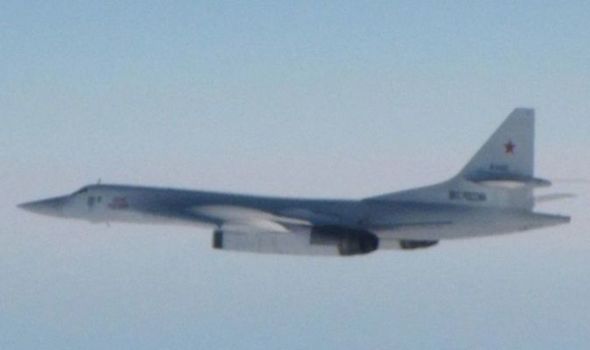 The two Tupulev 160 bombers were detected flying towards UK sovereign waters, in the direction of the £3billion aircraft carrier, which at the time was off the Scottish coast.

The huge vessel, the joint largest in the Royal Navy’s history, was there on a training exercise as part of the UK’s new Carrier Strike Group.

An RAF spokesperson said the bombers, known as Blackjacks and which are built to carry nuclear weapons, were not responding to air traffic control or broadcasting their location – something which is said to be common with Russian military jets.