Racist incidents that blighted football… and how they were punished

The racist abuse aimed at England’s players in Bulgaria has once again exposed how football is struggling to stamp out an issue that has blighted the sport and society in general.

Anti-racism campaign group Kick It Out has demanded tougher punishments, saying there can be “no more pitiful fines or short stadium bans”, as it called for point deductions and tournament expulsions.

With the spotlight now firmly on UEFA’s reaction to the ugly scenes in Sofia, Sky News looks at how football’s authorities have responded to high-profile racism incidents in recent years, and whether more should have been done. July 2001: The Football Association issued a public apology to black former players for the racism they suffered in the 1970s and 1980s.

In a frank admission, English football’s governing body said it could have done more to condemn the widespread abuse endured by players such as John Barnes, who was pelted with banana skins at matches.

Cyrille Regis, who was sent a bullet in the post when he became one of the first black players to play for England, welcomed the FA’s admission at the time, saying: “I know a lot of black players who had trouble handling the abuse and there is no doubt that their careers suffered.” December 2004: FIFA was heavily criticised over the fine it handed out to Spain after racist chanting marred a friendly against England.

The Spanish FA was fined just 100,000 Swiss francs – equivalent to £44,750 at the time – after England players including Ashley Cole and Shaun Wright-Phillips were subjected to repeated baiting and monkey chants by the Madrid crowd.

The fine from football’s international governing body was half the amount that the Cameroonian FA had to pay for allowing its national team to play in an unauthorised kit in the 2004 African Cup of Nations. 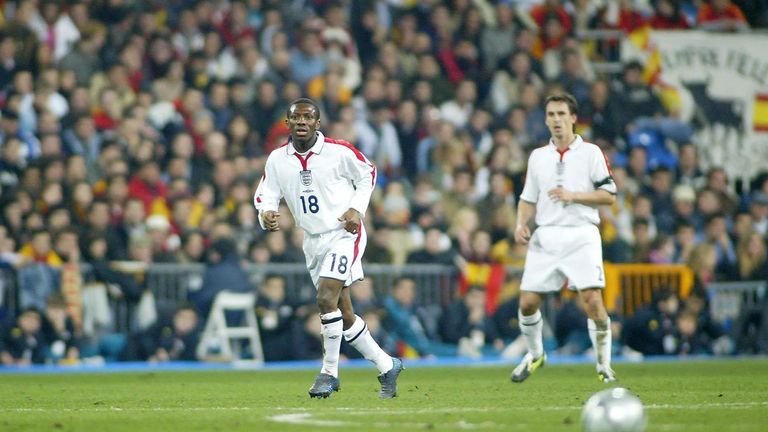 September 2011: In scenes similar to those witnessed on Monday night, the Bulgarian Football Union was fined 40,000 euro (£34,250) by UEFA after England players were racially abused during a Euro 2012 qualifier in Sofia.

Bulgaria’s then coach, former Germany captain Lothar Matthaus, issued an apology at the time for the conduct of home fans who directed monkey chants at Ashley Young, Ashley Cole and Theo Walcott.

December 2012: The Serbian FA was fined 80,000 euro (£65,000) after England under-21 players faced racist chants, with the punishment prompting former England captain Rio Ferdinand to say “UEFA are not serious at all on racism”.

Danny Rose, now a full England international, was subjected to monkey chants during the game before being sent off after the final whistle for kicking the ball away in reaction to the abuse.

Critics of UEFA’s punishment pointed to the 100,000 euro fine and one-match ban handed to former Arsenal striker Nicklas Bendtner for displaying a betting firm’s logo on his underpants during Euro 2012. January 2013: Italian fourth division Pro Patria were ordered to play one match behind closed doors after AC Milan footballer Kevin-Prince Boating led a player walk-off due to being subjected to racist chanting.

The friendly match was abandoned after 26 minutes when Boateng responded to the abuse by picking the ball up and kicking it towards the stand behind him, before leaving the field with his teammates.

January 2017: Italian footballer Mario Balotelli asked fans if racism was “legal in France” after he was racially abused while playing for Nice against Bastia.

Ligue 1’s disciplinary committee ordered Bastia to close part of their stadium for three matches over the abuse and the club was also given a suspended one-point deduction. 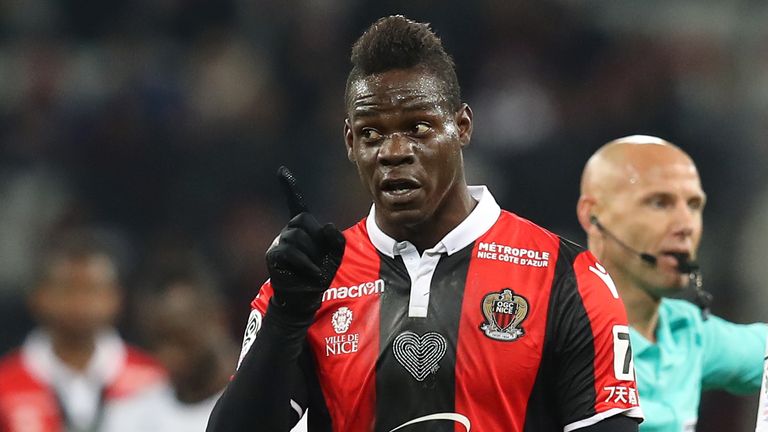 April 2019: Montenegro were ordered by UEFA to play a European Championship qualifier behind closed doors after their supporters racially abused England players.

Danny Rose, Raheem Sterling and Callum Hudson-Odoi were targeted, prompting Sterling to celebrated his goal in front of the Montenegrin fans, who were heard making monkey chants.

Further charges, carrying fines amounting to 20,000 euros, were handed out due to the use of pyrotechnics, items being thrown onto the pitch and entrances being blocked. August 2019: Millwall were fined £10,000 after it was ruled some fans chanted racist language during an FA Cup game.

Supporters could be heard using a racist term derogatory to the Asian community in their fourth-round win over Everton in January.

The FA faced criticism for the punishment after fining Huddersfield Town £50,000 for wearing a fake new strip which advertised a betting firm during a pre-season friendly.

September 2019: Cagliari were cleared of racist chanting towards Inter Milan striker Romelu Lukaku – despite monkey chants being aimed at the footballer.

Serie A’s disciplinary tribunal admitted that chants, shouts and whistles were directed at Lukaku by Cagliari fans, but ruled they were not enough in “size and perception” to bring about any form of punishment against the club and its supporters.

It was third time that the club had been investigated for alleged racist abuse in the last two years after other cases involving Italian striker Moise Kean and France international Blaise Matuidi, but no action has been taken on each occasion.