The Queen had a photo taken by photographer Chris Jackson in 2019, which is now Canada’s official portrait of the monarch. The country’s government will display her image in government buildings, schools and embassies in tribute to Canada’s ties to the Queen through the Commonwealth. The Royal Family has special ties to the country, with the monarch making more official trips to Canada than any other country.

The portrait was officially unveiled yesterday on Twitter by Mr Jackson.

It sees the Queen wearing the Sovereign of the Order of Canada and the Order of Military Merit as she strikes a regal pose.

Mr Jackson said: “It was an incredible honour to have the opportunity to photograph HM Queen Elizabeth II on behalf of the Canadian Government for her official Canadian Portrait that has been released today.”

Despite being revealed yesterday, the image dates back to March 2019. 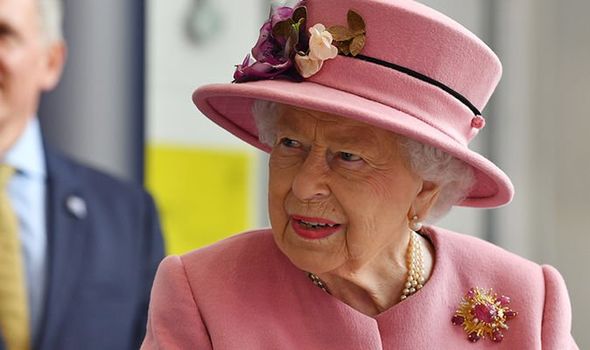 The Order of Military Merit was created in 1972 to honour Canadian soldiers for exceptional service.

The Queen is its highest ranking member, and serves as its fount of honour as the sovereign, meaning only she can create an order, decoration or medal for a Canadian citizen.

She also received the Sovereign of the Order of Canada in 1970 from then-Governor General Roland Michener.

The monarch is also pictured with the Belgian Sapphire Tiara and George VI sapphire necklace which she got as a wedding gift from her father, King George VI. 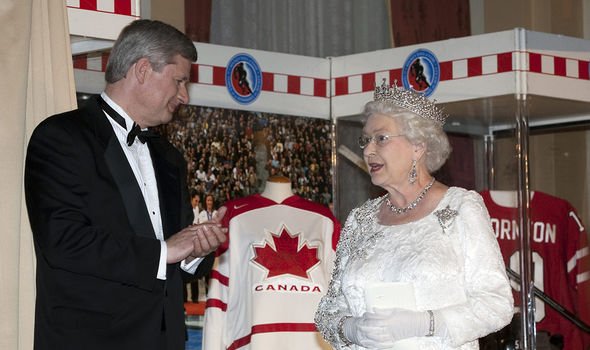 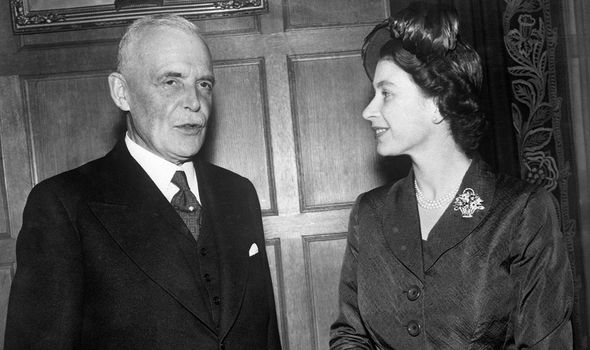 The Queen has made no secret of her fondness for the Commonwealth country, visiting Canada often.

She has visited the country a total of 27 times, more than any of the other 42 country’s the monarch has travelled to.

Her most recent came in July 2010, where she and Prince Phillip toured the country and met with then-Prime Minister Stephen Harper.

While the Queen is only ceremonially head of state for Canada, she has twice delivered speeches from Canada’s throne.

The first came in 1957, when she visited Canada for the first time as a reigning monarch.

During the four-day visit, she opened the country’s parliament as she does in the UK.

The second came in 1977 as part of her Silver Jubilee tour. 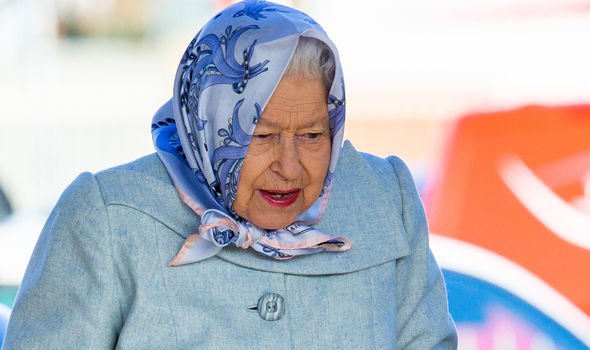 The Queen also has a special brooch with historical links to Canada, being passed down from her mother Queen Elizabeth.

The Queen Mother was gifted the Diamond Maple Leaf brooch by King George VI before their historic 1939 tour of Canada, marking the first ever visit to the country from a member of the Royal Family.

Camilla, the Duchess of Cornwall was loaned the broach during her and Prince Charles’ first official visit to Canada in November 2009.

Kate, the Duchess of Cambridge and Prince William also were gifted the brooch during a 2011 tour of Canada.