The Prince of Wales was joined by the Duke and Duchess of Cambridge as he hosted a reception for the leaders and chief executive officers from some of the world’s largest companies. They had gathered to discuss how the private sector can work with different governments to tackle the climate emergency. Earlier in the day, Kate and First Lady Jill Biden also carried out a joint engagement as they met for the first time at Connor Downs Academy in Hayle, Cornwall, where world leaders have gathered for their G7 summit this week.

Ahead of the meeting, Charles also held a meeting at St James’s Palace, where he met the CEOs of Bank of America, HSBC, NatWest, State Street, EY, AstraZeneca, Heathrow Airport, Stella McCartney.

This was not his first engagement this week, as he and wife Camilla also attended a show by The Royal Ballet at the Royal Opera House on Thursday evening in a rare night out together post-lockdown.

They watched Balanchine and Robbins, which celebrates the work of the two legendary American choreographers.

Charles wore a suit while Camilla was seen in a blue silk snowdrop print dress by one of her favourite designers, Fiona Clare. 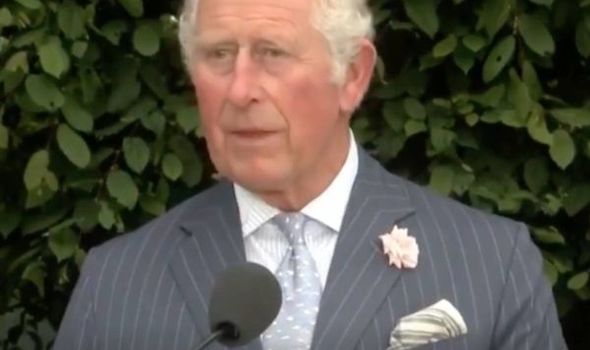 Both of them wore face masks as they arrived, before chatting briefly with Alex Beard, chief executive of the Royal Opera House, Sir Simon Robey, interim chairman, and Kevin O’Hare, director of The Royal Ballet.

The couple watched the show in private before attending a reception to meet the performers and Royal Opera House staff.

Ballerina Mayara Magri said: “I cannot tell you how excited we are to have them here.

“The prince said how wonderful it was to be back seeing a live performance again, and I told him it was the same for us to be here, performing.

“It’s just marvellous and so exciting. It was such a pleasure to have them here.”

Meanwhile, Mrs Biden was asked earlier today about meeting the Royal Family, ahead of her and US President Joe Biden having tea with the Queen at Windsor Castle on Sunday.

She replied: “Well, we’re hoping to focus, I think, on education.

“Joe and I are both looking forward to meeting the Queen. That’s an exciting part of the visit for us.

“We’ve looked forward to this for weeks and now it’s finally here. It’s a beautiful beginning.”