The royal reception, which is expected to take place in autumn, will likely be held by Prince William but the Queen could also host the celebration, a royal expert has claimed.

Writing on Twitter, Richard Palmer said: “The @lionesses are in line for honours and a royal reception in the autumn is likely. There are no firm plans yet but it’s unthinkable that both won’t happen.

“The Duke of Cambridge is the obvious choice to host a reception but the Queen could yet do it.”

There is a strong chance Prince William, who has been the President of the Football Association since 2006, will host the event.

The Duke watched the exciting game at Wembley Stadium on Sunday when the women’s England team beat Germany 2-1. 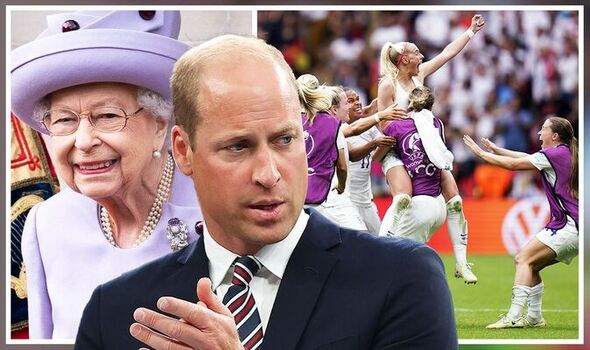 After the match, he hugged players as they received their medals and looked delighted with their amazing achievement.

Although she couldn’t be there, the Queen sent her congratulations to the players following the victory.

Writing on the Royal Family Twitter account, the 96-year-old monarch said: “My warmest congratulations, and those of my family, go to you all on winning the European Women’s Football Championships. It is a significant achievement for the entire team, including your support staff.

“The Championships and your performance in them have rightly won praise. However, your success goes far beyond the trophy you have so deservedly earned. 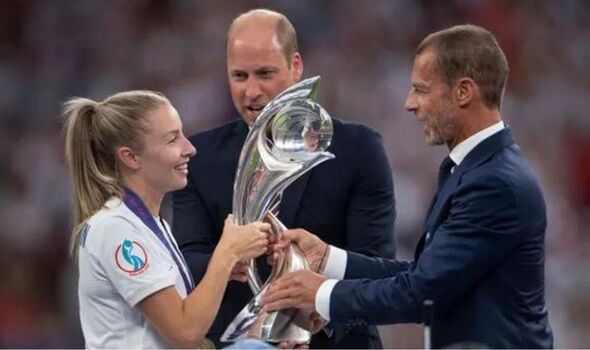 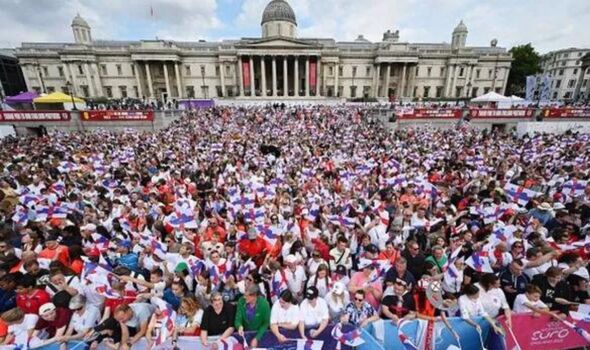 “You have all set an example that will be an inspiration for girls and women today, and for future generations. It is my hope that you will be as proud of the impact you have had on your sport as you are of the result today.”

Boris Johnson also confirmed the Lionesses could be in line for honours after Downing Street confirmed the PM will “definitely” support the team in getting the “recognition they rightly deserve”.

When asked if the team could be up for damehoods, Mr Johnson’s spokesperson said there is a “process” to be followed but acknowledged that the “public want to see the Lionesses receive recognition”.

There have also been calls for manager Sarina Wiegman, who is a Dutch citizen, to get an “honourary damehood”. 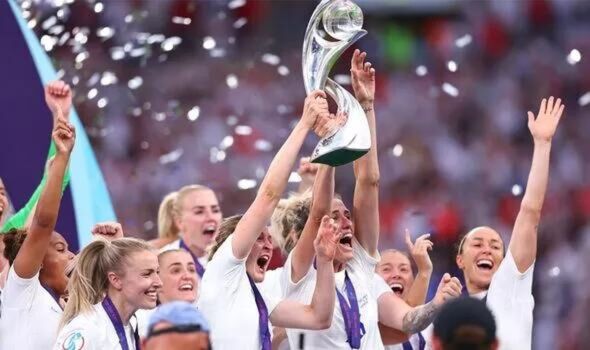 After the 1966 World Cup Final, all players were appointed an MBE.

As many as 17.4million people tuned in to watch the Lionesses battle it out on the pitch against Germany – claiming the first ever victory of the European Championships.

The record viewing figures, which were up 58 percent from the women’s previous Euros, have made history for the sport.