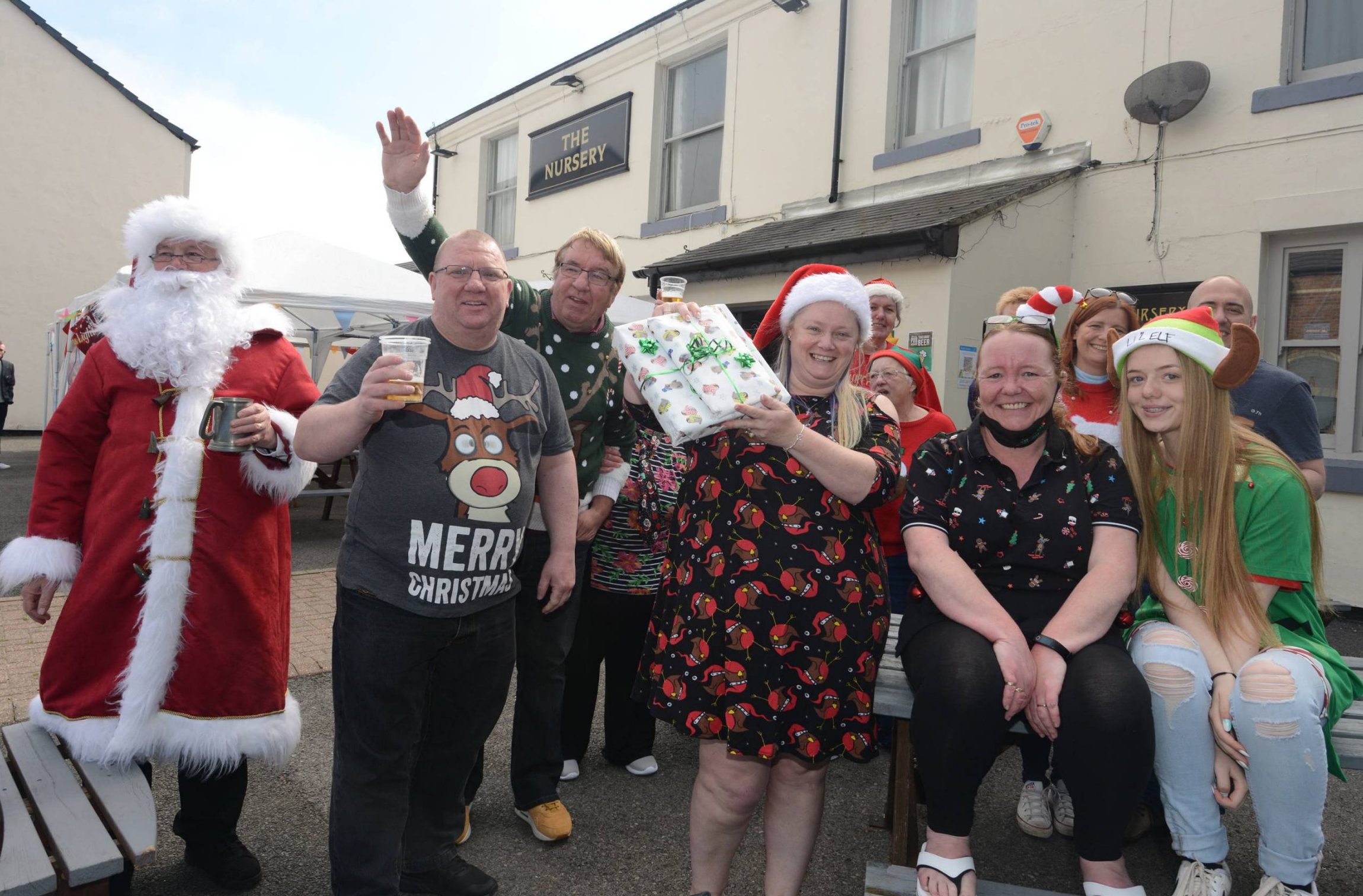 A pub finally celebrated Christmas with a Secret Santa and carol singing more than five months after December 25.

The Nursery Inn in Hartlepool began its ‘12 days of Christmas’ countdown on May 17 when it finally reopened after months of lockdown, ending with a big party on Sunday.

Manager Deborah Humberston was true to her word when she promised to delay – not cancel – Christmas after being forced to shut in December.

Deborah, 49, who has ran the pub for nine years, said: ‘We do Christmas every year, it’s a massive thing in the pub because we all love it.

‘We always do a 12 days of Christmas where every night one of the customers gets to open the advent.

‘On the last Sunday before Christmas, we always do a carol service with a brass band, but this year we didn’t get to do it because we were closed.

‘We said as soon as we were open and people could come inside, we would organise Christmas.

The advent treats usually consist of selection boxes and other festive goodies, but this year Deborah offered rounds of drinks and shots instead.

And the carol service also went ahead with Father Christmas on hand to deliver presents to punters.

‘We had our inflatable Santa and Rudolph up outside and the whole pub has been completely decorated for Christmas,’ Deborah added.

‘We had the decorations up already for Christmas in case we were allowed to open because we didn’t know at the time.’

In the run up to yesterday’s party, customers were even offered a free shot if they turned up in a Christmas t-shirt or jumper.

Deborah added: ‘It has been great to see all of the regulars coming and enjoying it.

‘Even if it’s been outside in horrendous weather, they have still sat under heaters and blankets.

‘I live at the pub which made it tough when we were closed, coming back to an empty pub.

‘But now we’re reopen things are getting back to more like normal.’