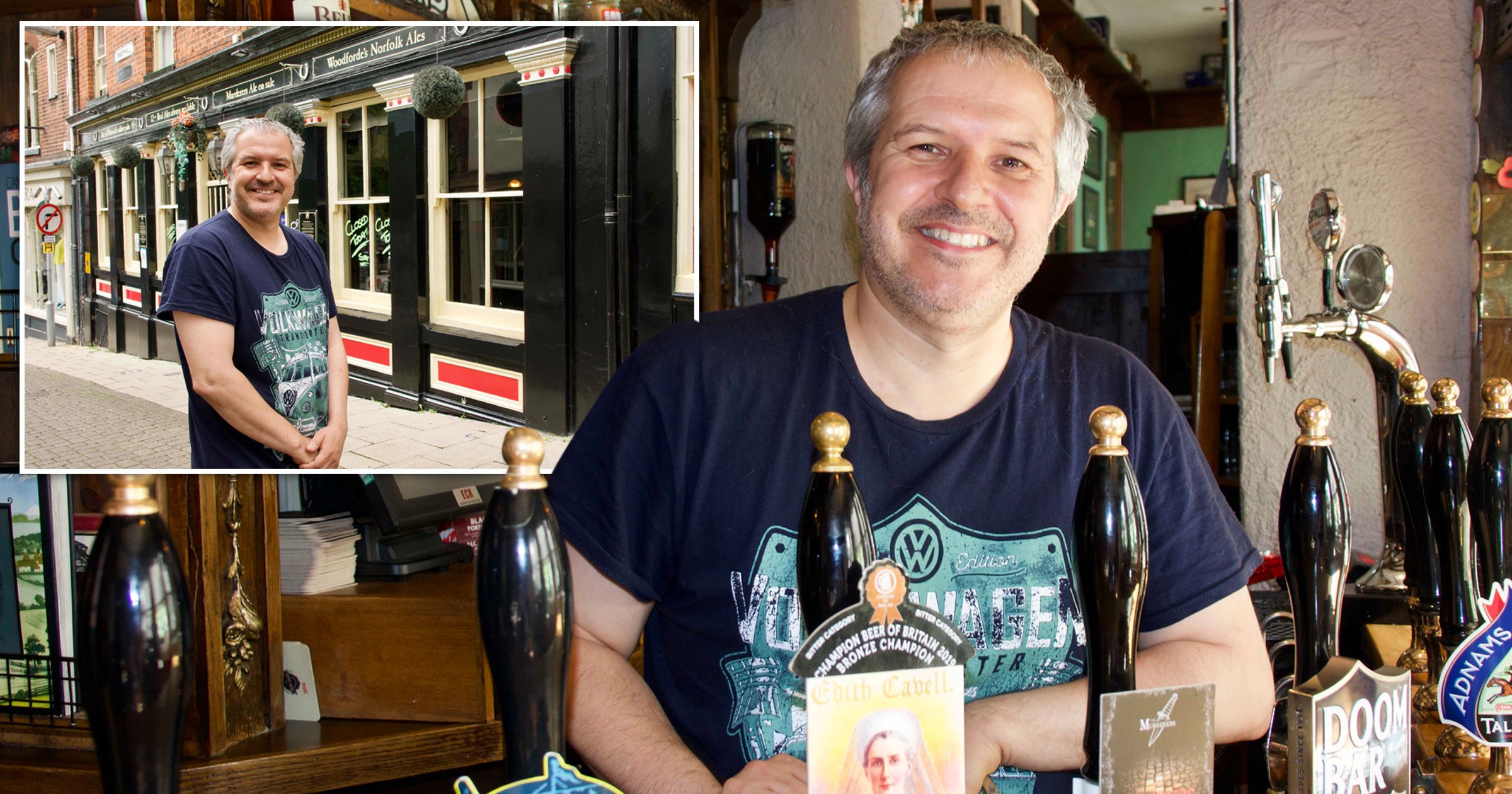 A pub landlord has been subjected to online abuse after bringing in a new rule that all his punters must be vaccinated before entering.

Philip Cutter, 50, runs what is thought to be the first pub in Britain which will demand proof of at least one coronavirus jab from tomorrow onwards.

He brought in the new rule at The Gardeners Arms in Norwich, Norfolk, after two of his bar staff tested positive for the virus and he was forced to close the pub for 10 days.

‘I have not heard of any other pubs doing this,’ Philip said. ‘It just seems a common sense thing to do to protect my staff and customers and my business going forward.

‘I know nightclubs have been asked to consider looking into some sort of vaccination passport. We are a busy city centre venue so we are not very different.

‘If we were in a position where this Delta variant was not running riot, then we would be looking at things slightly differently.

‘But there is a lot of virus out there and I want to do my best to protect everyone in my building.’

He added people would only be admitted with proof of having been vaccinated at least two weeks earlier to give them a chance to develop antibodies.

Philip hopes his new policy will better safeguard both his 25 staff and its drinkers – especially after the rules around masks and social distancing are lifted on Monday.

Punters will need to show either their NHS or vaccination card to allow them entry to the pub, which is known locally as The Murderers.

‘I have had a lot of support from older customers who are really pleased and say they will feel more comfortable about coming in,’ he explained.

‘However, there are one or two people who are virulently against the idea, and see it is as yet another measure to curtail their freedom.

‘But with around 80% of British adults having been vaccinated, I think that the majority of people are going to be happy with it.

‘We have only been open for around three of the last 15 months, and people are used to queuing up outside to come in and get a table.

‘The only difference will be that they will be asked to show proof of vaccination when they come in the door.

‘From next Monday, they will be able to stand around at the bar without masks if that is what they want to do.

‘I don’t want to turn anyone away, but I have got to make a call to protect my customers, staff and business.

‘All it takes is one person to come in with some semblance of the virus to pass it on.’

He said closing his pub for 10 days had hit his business hard, as he could not open for customers wanting to watch the semi-final and final of the Euro 2020 tournament.

‘We’re not trying to discriminate or embarrass anyone, we’re just trying to make sure our staff and customers are safe,’ Philip added.

‘As a small business what we’re trying to do is best for everyone, which is not easy.

‘We spoke to Public Health England about doing lateral flow tests instead, but they said the issue is you have to trust the person who submits the details.’

Despite many customers welcoming the move, Philip said several anti-vax campaigners are demanding a boycott of his pub and are subjecting him to online abuse.

‘It seems we’ve been put on some anti-vax forum and inundated with some really vile messages from people all over the country,’ he said.

‘We’ve had personal abuse, people threatening to put our windows through, people hoping we go out of business – it goes on.

‘I understand we aren’t going to please everybody, but some of the abuse is awful. It’s more upsetting that my children see it.’

Nick Griffin, chief executive of The Licensees Association said: ‘We will support any licensee who wishes to exercise what they may consider to be a duty of care to their staff as long as it’s not discriminatory in any way.

‘I suspect most town centre pubs won’t adopt such a policy, certainly not initially, so customers will still have a great choice, but this may give those more nervous about returning to our city centre pubs some confidence that there is at least one venue they’ll feel more confident in visiting.

‘Ultimately it will be a commercial decision for most though.’

Martin Caffrey, operations director of the Federation of Licensed Victuallers Associations, said: ‘I applaud the decision of this publican. I think publicans around the country are going to have to decide whether they do the same thing.

‘It will be a comfort for customers at certain outlets to know that they are in a secure as an environment as is possible, although we know that is not possible to eliminate all risk.

‘But there could be problems with people getting around it with fake vaccination cards and it could be a laborious task on the door to get people to produce their smart phones and go into their NHS app.’