Earl Spencer told the BBC that Princess Diana died two years to the day he was first met Martin Bashir. He added that his sister lost trust in key people following her interview with the BBC journalist.

Earl Spencer said: “The irony is that I met Martin Bashir on August 31 1995 because exactly two years later she died.

“And I do draw a line between the two events.

“It is quite clear from the introduction I sat in on [during] September 19 1995 that everyone was going to made untrustworthy.

“I do think that Diana did lose trust in really key people. 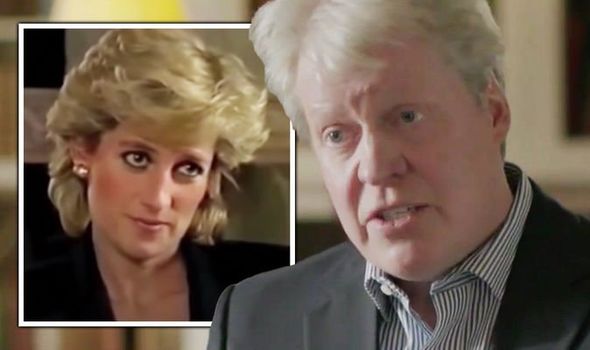 He added: “She did not know who to trust and in the end when she died two years later she was without any form of real protection.”

Tim Davie said: “Although the report states that Diana, Princess of Wales, was keen on the idea of an interview with the BBC, it is clear that the process for securing the interview fell far short of what audiences have a right to expect. We are very sorry for this. Lord Dyson has identified clear failings.

“While today’s BBC has significantly better processes and procedures, those that existed at the time should have prevented the interview being secured in this way.

“The BBC should have made greater effort to get to the bottom of what happened at the time and been more transparent about what it knew.

“While the BBC cannot turn back the clock after a quarter of a century, we can make a full and unconditional apology. The BBC offers that today.”

The BBC is airing a programme titled ‘Princess Diana, Martin Bashir and the BBC’ at 7pm on BBC One.

The corporation has suffered a furious backlash on Twitter, regarding the interview.

Piers Morgan wrote: “I look forward to the BBC ripping its own staff to pieces over this shameful scandal with the same enthusiasm they would rip tabloid journalists if they perpetrated such a wicked deception that had such massive consequences… who’s going to jail?”

While Dan Wootton tweeted: “A day of shame for the BBC as it finally says it is “very sorry” for the circumstances in which Martin Bashir procured Panorama interview with Princess Diana.

“Prince William and Harry are rightfully furious about what went on.

“Many will say this apology is two decades too late.”