When a member of the Royal Family gets married it is always a public event, with millions usually tuning in on TV to watch the nuptials take place. However the latest royal wedding of Princess Beatrice and Edoardo Mapelli Mozzi took place behind closed doors due to the pandemic, and the date of the wedding was not released to the public beforehand.

Beatrice and Edoardo announced their engagement last year to much fanfare, and were expected to wed on May 29.

However due to the UK lockdown, the couple were forced to delay their nuptials.

Beatrice and Edoardo instead opted for a small wedding in line with the Government guidelines in July, at the Royal Chapel of All Saints at Royal Lodge, Windsor. 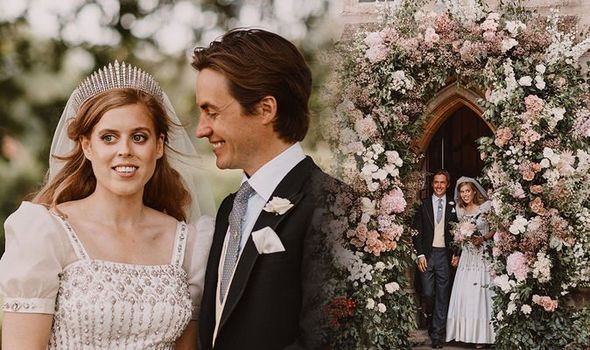 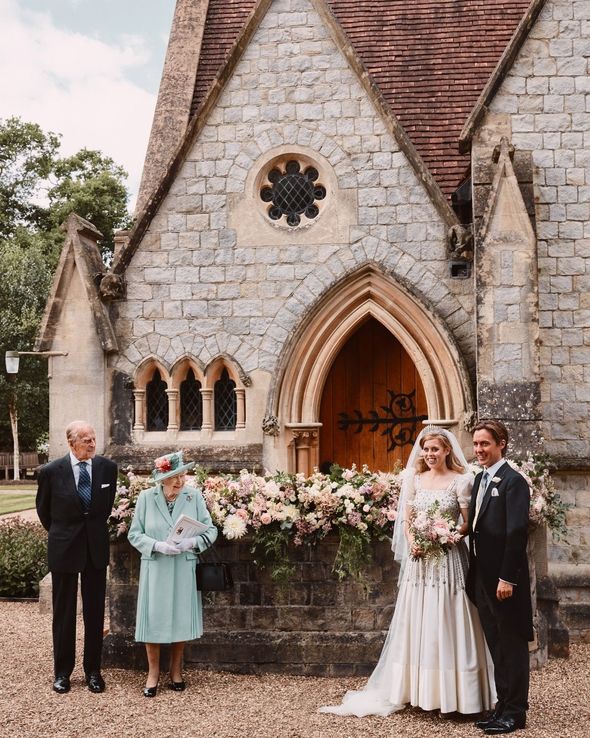 Despite the low-key royal wedding, royal fans will be delighted to know official merchandise for Princess Beatrice’s wedding is now on sale.

The Royal Collection Shop is offering a range of souvenir items, from shortbread to the traditional royal wedding tea towel.

But people can also get their hands on a range of crockery, including a commemorative royal wedding tankard and pill box.

The crockery is emblazoned with the letters ‘B’ and ‘E’ for Beatrice and Edoardo respectively. 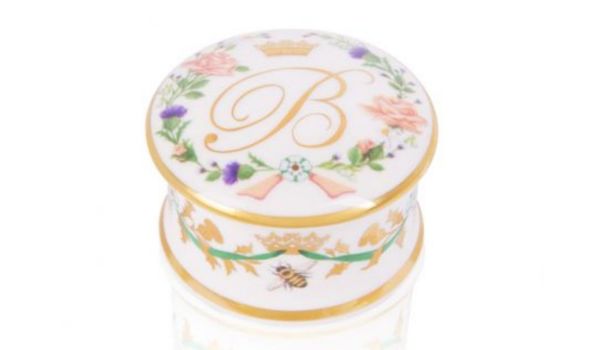 But if you look closer at the details, the Royal Family have also chosen to include a sweet link to Beatrice’s nickname.

Those who know Beatrice best, such as her sister Princess Eugenie, often refer to Beatrice simply as Bea.

In tribute the Royal Family has included a few bees on the crockery to reflect the eldest York daughter’s nickname.

The crockery also includes a bouquet of pink roses, one of the flowers Beatrice held as she walked down the aisle a few months ago.

Although the public were not able to catch a glimpse of the bride on her wedding day, it was announced this week Princess Beatrice’s wedding dress will be going on display.

From Thursday Beatrice’s gown will be displayed at Windsor Castle for visitors to see in person.

Beatrice’s wedding dress was lent to her by the Queen, and it was designed by Sir Norman Hartnell.

The gown was worn by the Queen on multiple occasions, but perhaps most famously at the world premiere of Lawrence of Arabia at the Leicester Square Odeon in December 1962. 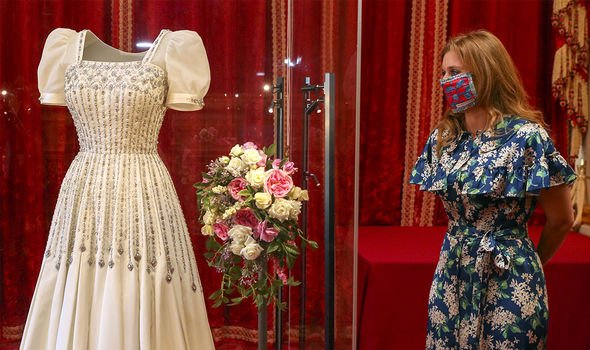 For the big day, the Queen also bestowed a huge honour on Beatrice by allowing her to wear the Queen Mary Diamond Fringe Tiara.

The Queen wore the same tiara on her own wedding day back in 1948.

Since the Queen’s wedding to Prince Philip, it has only ever been worn at one other royal wedding, when Princess Anne married Captain Mark Phillips in 1973.

However for those hoping to see the tiara, it sadly will not be part of the exhibition at Windsor.