Prince William, 38, has written the forward for a new cookbook published to mark the 40th anniversary of homeless charity The Passage. William’s late mother Princess Diana was a key supporter of The Passage and William has praised the ‘A Taste of Home’ cookbook as a celebration of the nation’s “amazing community spirit” in caring for the vulnerable during the coronavirus pandemic.”

In the forward Prince William wrote: “I am the first one to admit that I am not an excellent chef.

“The last time I was allowed into the kitchens at The Passage they very sensibly kept me in the role of sous-chef (aka carrot-chopper).

“The dish smelt amazing – probably because I didn’t cook it.

“But what struck me most was how sharing a hot meal in the canteen at The Passage makes people who are experiencing homelessness feel right at home.” 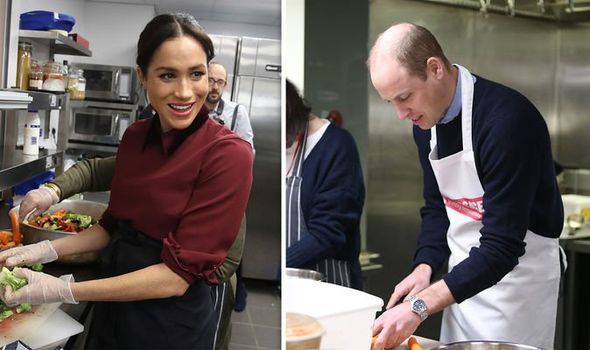 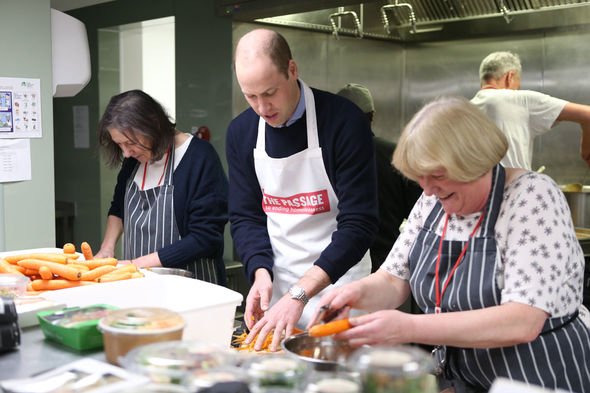 The Duke praised the charity for the work it has done supporting homeless people during the pandemic.

He wrote: “Staff and volunteers have worked tirelessly on the front line, looking after the most vulnerable in society.

“At the peak of the crisis, they established a mobile Food Hub, providing hot, nutritious meals every day for over 300 people.

“One of the things I will remember from this difficult year is the amazing community spirit and care for the vulnerable shown by our nation.

“A Taste Of Home is a celebration of that wonderful spirit.” 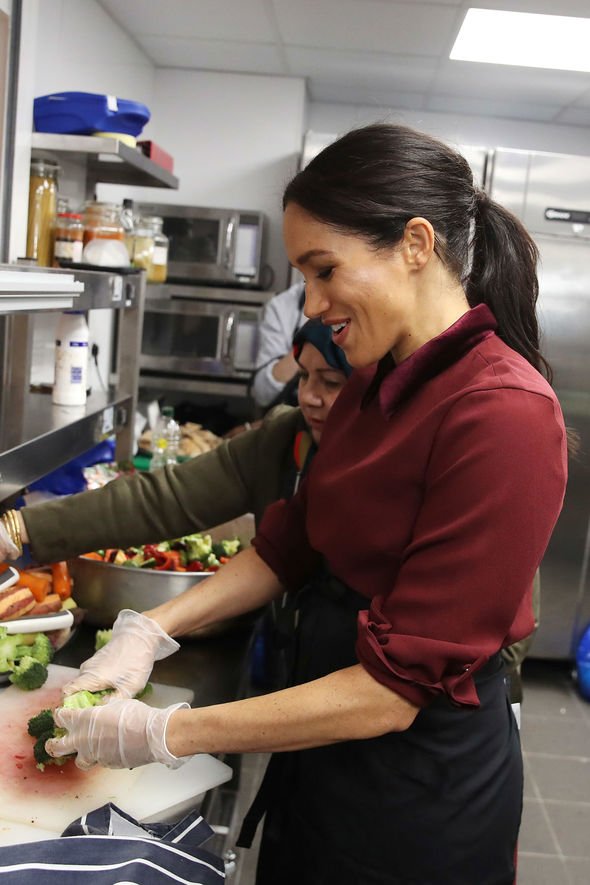 The Duke’s latest project bears a striking resemblance to one of Meghan Markle’s first-ever royal projects.

Ahead of her marriage to Harry in 2018, Meghan became involved in the Hubb Community kitchen set up by members of the West London community devastated by the Grenfell Tower fire.

The project was founded by a group of women who came together in the wake of the Grenfell Tower fire tragedy on June 15, 2017

The women cooked together to help support members of their community many of whom had been left homeless and mourning loved ones following the tower block fire which killed 72 people.

Royal Family: How tall are members of the Royal Family? [INSIGHT]
Prince Harry shows ‘confusion over where home is’ in address to UK [VIDEO]
Another secret royal wedding just months after Princess Beatrice’s [PICTURES]

Meghan paid her first visit to the Hubb Community Kitchen in January 2018 and by September 2018 a cookbook which brought together recipes from the kitchen was published.

Together: Our Community Cookbook includes a forward written by the Duchess of Sussex and all profits from its sales help the Hubb Community Kitchen to strengthen lives and communities through cooking.

The book features 50 recipes from the women of the Hubb Kitchen, many of which are family recipes.

In her forward to the Together: Our Community cookbook Meghan strikes a similar tone to William.

She writes: “Together is more than a cookbook.

“This is a tale of friendship and a story of togetherness.

“It is a homage to the power of cooking as a community, and the recipes that allow us to connect, share, and look forward.”

“In January 2018, as I was settling in to my new home of London, it was important to me to get to know organizations working in the local community.”

Meghan added: “I made a quiet trip to Al-Manaar, a mosque close to the Grenfell community.

“In 2017 I had watched the Grenfell Tower tragedy unfold on the news; I was in Canada at the time, sharing the global sentiment of shock and sympathy for what this community was enduring, while also deeply wanting to help.

“Fast-forward seven months, and I was set to meet some of the women affected by the fire, at a community kitchen in Al-Manaar.”

“The kitchen was opened after the Grenfell tragedy, offering women who had been displaced and the community around them a space to cook food for their families.

“Their roles as matriarchs united them across their cultures; the kitchen provided an opportunity to cook what they knew and to taste the memory of home, albeit homes some had recently lost.” 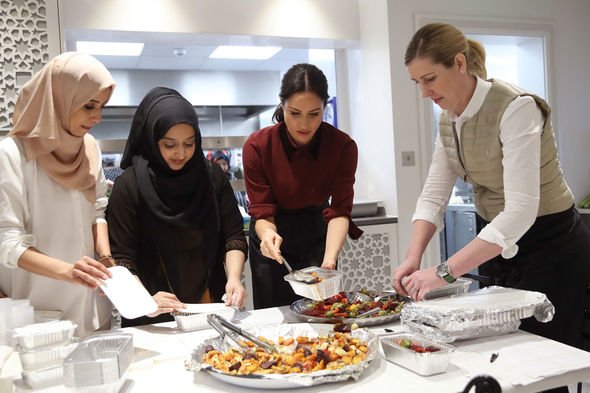 Meghan goes onto to describe how the kitchen buzzes with women of all ages.

She added: “It is cosy and brightly lit, with scents of cardamom, curry, and ginger dancing through the air

“It will take you about 15 minutes to enter the room, as you will joyfully be greeted by kisses (cheek x 3) by each of the incredible women there.

“You will find yourself in a melting pot of cultures and personalities, who have roots in Uganda, Iraq, Morocco, India, Russia, and at least 10 other countries.

“You should undoubtedly arrive on an empty stomach because upon departure you will have been stuffed to the gills with samosas flecked with cinnamon, chapatis flavoured with carrots and onion, Russian semolina cake, Persian teas, and my very favourite avocado dip that I now make at home.”