Queen's funeral: George and Charlotte bow to as the coffin arrives

The Royal Family has united today to attend the funeral of Queen Elizabeth II. King Charles along with other senior royals have played an active role in the processions that have taken place over the last 10 days.  The Prince and Princess of Wales, William and Kate were also front and centre during the ceremony alongside two of their children – Prince George and Princess Charlotte. However, many royal fans have noticed that their youngest, Prince Louis, was not at the funeral.

Reports have indicated that this could be because the four-year-old has struggled to understand exactly what has happened, and how his great-grandmother’s passing could impact the family.

Kate reportedly told Australia’s Governor-General, David Hurley, that Louis is concerned about whether the Queen’s death could stop him and his family from travelling to Balmoral.

Recalling the conversation, Mr Hurley said: “The younger one is now asking questions like, ‘Do you think we can still play these games when we go to Balmoral,’ and things like that, because she’s not going to be there?”‘

He added that Kate said her eldest child, future king Prince George, is “now sort of realising how important his great-grandmother was and what is going on.” 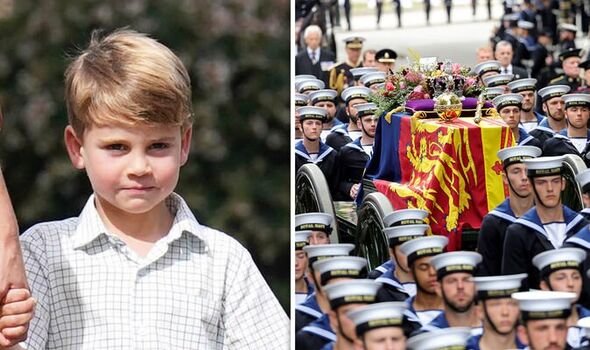 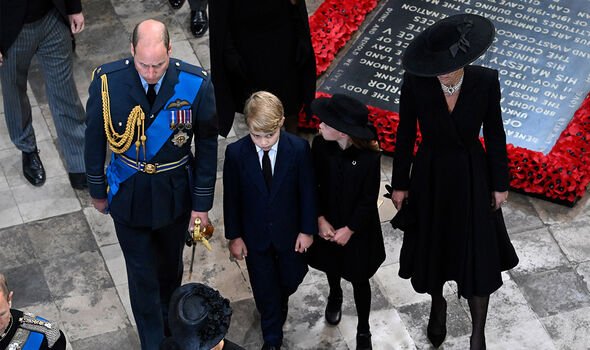 The newly appointed Princess of Wales has engaged in public appearances alongside her husband and other royals in recent days.

While speaking to members of the public outside Windsor Palace last week, she said: “They’ve all been extraordinary. I was really sad when I found out and Louis said, ‘Mummy don’t worry, because now Gan Gan is with great-grandpa’.

The great grandchildren’s nickname for the Queen – ‘Gan Gan’ – originally came from Prince George, and it has since been adopted by his younger siblings. 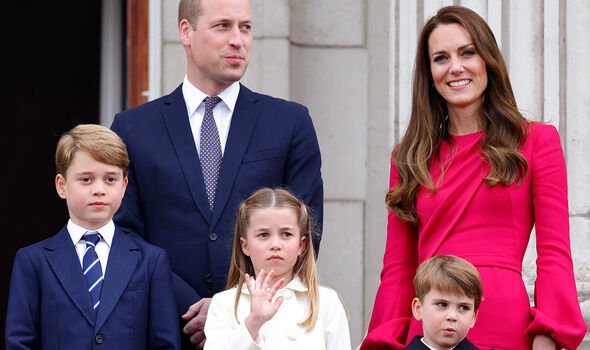