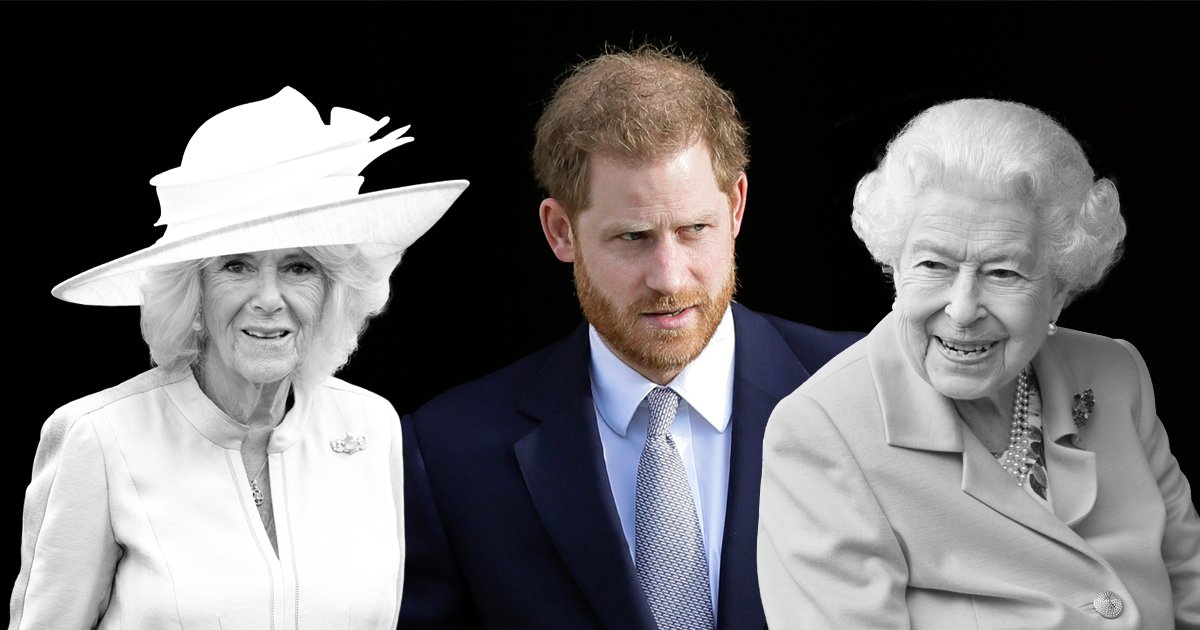 Prince Harry has reportedly put the finishing touches on the memoir which has Buckingham Palace nervous.

The estranged royal announced last year he was writing a tell-all book about growing up in the world’s most famous family.

The Duke of Sussex signed a multi-million dollar deal and has been working on it with a ghostwriter.

A ‘tentative’ 2022 release date had been pushed back but now claims have emerged the book is already done and dusted.

Its publisher is said to be eyeing up the lucrative Christmas market and Thanksgiving in the US, meaning November could be a potential release window.

A publishing source told The Sun: ‘The manuscript has been finished and gone through all of the legal processes.

‘It’s done and out of Harry’s hands.

‘The publishing date has been pushed back once but it is on track for the end of the year.’

Royal watchers have predicted the book could reignite the messy civil war which the family has struggled to conceal in recent years.

When it was announced, publisher Random House promised it would ‘share, for the very first time, the definitive account of the experiences, adventures, losses, and life lessons that have helped shape him’.

The memoir will provide an ‘honest and captivating personal portrait’, a spokesperson said, raising the prospect Harry could further dent the royal family’s reputation.

Since swapping the UK for the US and quitting royal duties, he and wife Meghan have made damaging allegations against the family, including claims of racism.

Harry has previously said the book will give a ‘first-hand account of my life that’s accurate and wholly truthful.’

Another book about the family, Tom Bower’s ‘Revenge: Meghan, Harry and the war between the Windsors’, has prompted strong denials from royal sources.

It claims Camilla told Prince Harry it would be ‘funny’ if his unborn child with Meghan Markle had ‘a ginger Afro’.

The book alleges the comments were made during a conversation between Harry and his family.

But royal sources close to Camilla have dismissed the claims as ‘nonsense’. Clarence House has declined to comment.