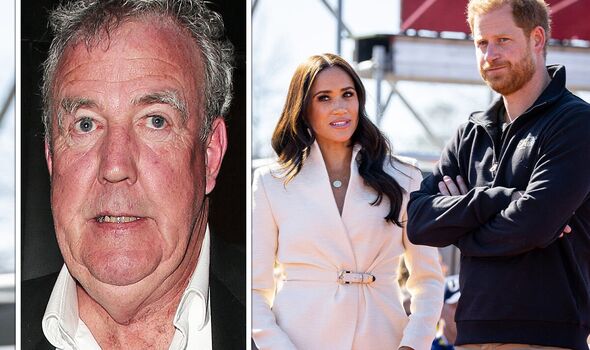 Prince Harry and Meghan, Duchess of Sussex have responded to Jeremy Clarkson’s latest apology over the presenter’s controversial opinion piece. Clarkson said earlier today he emailed the Duke and Duchess of Sussex to apologise for his controversial column. In it he wrote that he “hated” the former Suits actress “on a cellular level” and wanted to see her “paraded naked through the streets”.

Clarkson described his language as “disgraceful” and said he felt “profoundly sorry”, but the Duke and Duchess said he did not address “his long-standing pattern of writing articles that spread hate rhetoric, dangerous conspiracy theories and misogyny”.

The Sun later apologised and said it regretted the publication of the column, which last week surpassed more than 25,000 Ipso complaints.

Harry branded the article about his wife “horrific, hurtful and cruel” during an interview with ITV’s Tom Bradby to discuss his autobiography Spare, adding what Clarkson had written would encourage people around the world to believe it is an acceptable way to treat women.

In a lengthy statement on his verified Instagram account, the Grand Tour presenter said: “One of the strange things I’ve noticed in recent times is that whenever an MP or a well-known person is asked to apologise for something, no matter how heartfelt or profound that apology may be, it’s never enough for the people who called for it in the first place.”

He continued: “So I’m going to try and buck the trend this morning with an apology for the things I said in a Sun column recently about Meghan Markle. I really am sorry. All the way from the balls of my feet to the follicles on my head. This is me putting my hands up. Its a mea culpa with bells on.

“Usually, I read what I’ve written to someone else before filing, but I was home alone on that fateful day, and in a hurry. So when I’d finished, I just pressed Send. And then, when the column appeared the next day, the landmine exploded.”