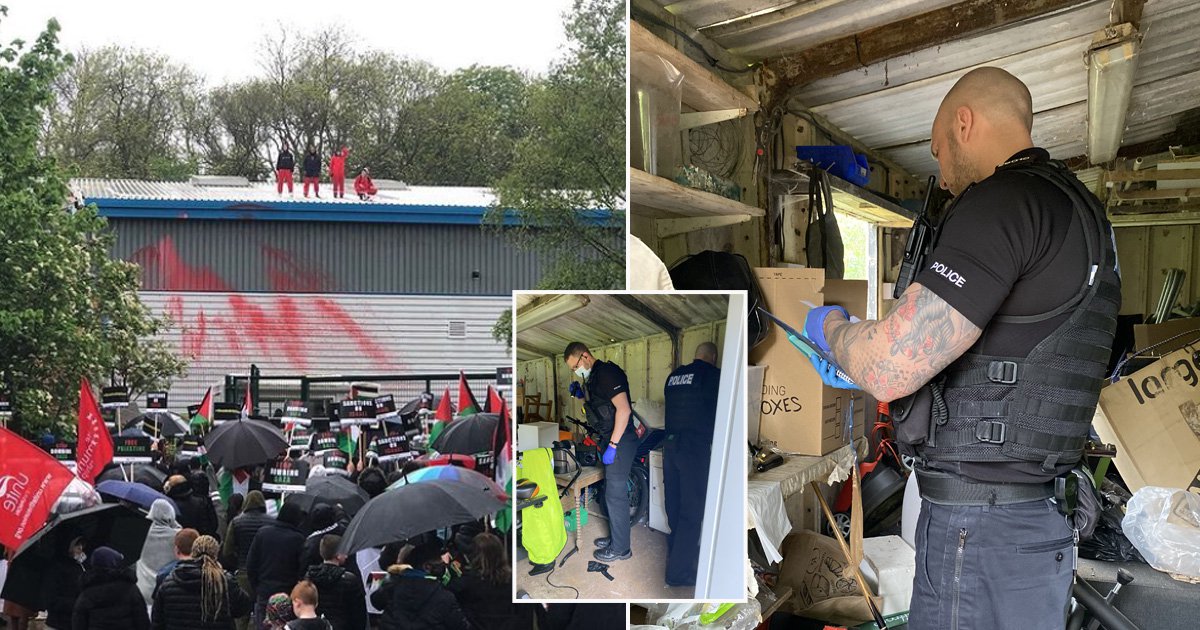 Pro-Palestine activists who occupied the roof of a drone factory supplying Israel were raided by police who seized ‘left-wing pamphlets’ from their homes.

A group of four protesters from Palestine Action have endured heavy rain and gale-force winds since climbing onto the roof of the Elbit Systems factory in Leicester on Wednesday.

Two of the activists were arrested on Friday night and the police raided their houses and took away political leaflets, Palestine Action’s co-founder Huda Ammori told Metro.co.uk.

Palestine Action has been campaigning against Elbit for supplying drones and other equipment to the Israel Defence Force (IDF), accusing them of ‘terrorising the people of Gaza’ and ‘being complicit in war crimes’. 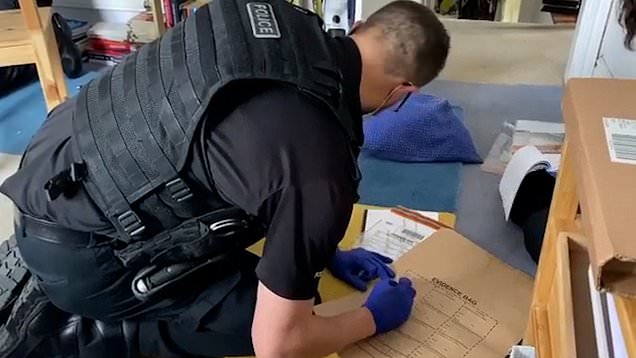 The IDF spent 11 days attacking Gaza by air and land after Hamas fired rockets into Israel in response to Israeli police storming Jerusalem’s Al-Aqsa mosque during the holy month of Ramadan.

A ceasefire was agreed on Thursday, but only after more than 240 Palestinians and 12 Israelis lost their lives.

Palestine Action’s tactic is to halt the production of weapons by climbing onto the factory’s roof, forcing the company to keep the buildings closed for health and legal reasons.

Two of the four protesters decided to come down from the roof on Friday so their food and water could go further among the remaining activists.

‘Our news release on the website is the latest information and it would be inappropriate to comment further at this stage.’

Before the protesters strategically sent two people off the roof, they tried to get food and water from the crowds gathering below.

But a man and a woman who attempted to get provisions to them were arrested on Thursday on suspicion of aiding and abetting an aggravated trespassing and were released 18 hours later.

Ms Ammori said: ‘I think it’s more intimidation tactics and tactics that they use to try and disperse and discourage crowds but then the next day, there were 500 people, so I think often these things backfire on the police.

‘I find it quite disturbing that the police have reacted really strongly to people trying to provide food and water to activists on the roof, which is a basic right. And police actually have a duty of care to protesters.’

The two remaining two activists are ‘doing well’ and are keeping in touch with the organisation with a ‘Nokia burner phone’.

‘They’re gonna stay as long as they can,’ Ms Ammori added. ‘I imagine that the only way they’ll get down is if they’re forced to.’

Elbit Systems subsidiary UAV Tactical Systems has not previously commented on the protest and has been contacted by Metro.co.uk.