Plane crashes near airport in Nepal killing at least 40 people 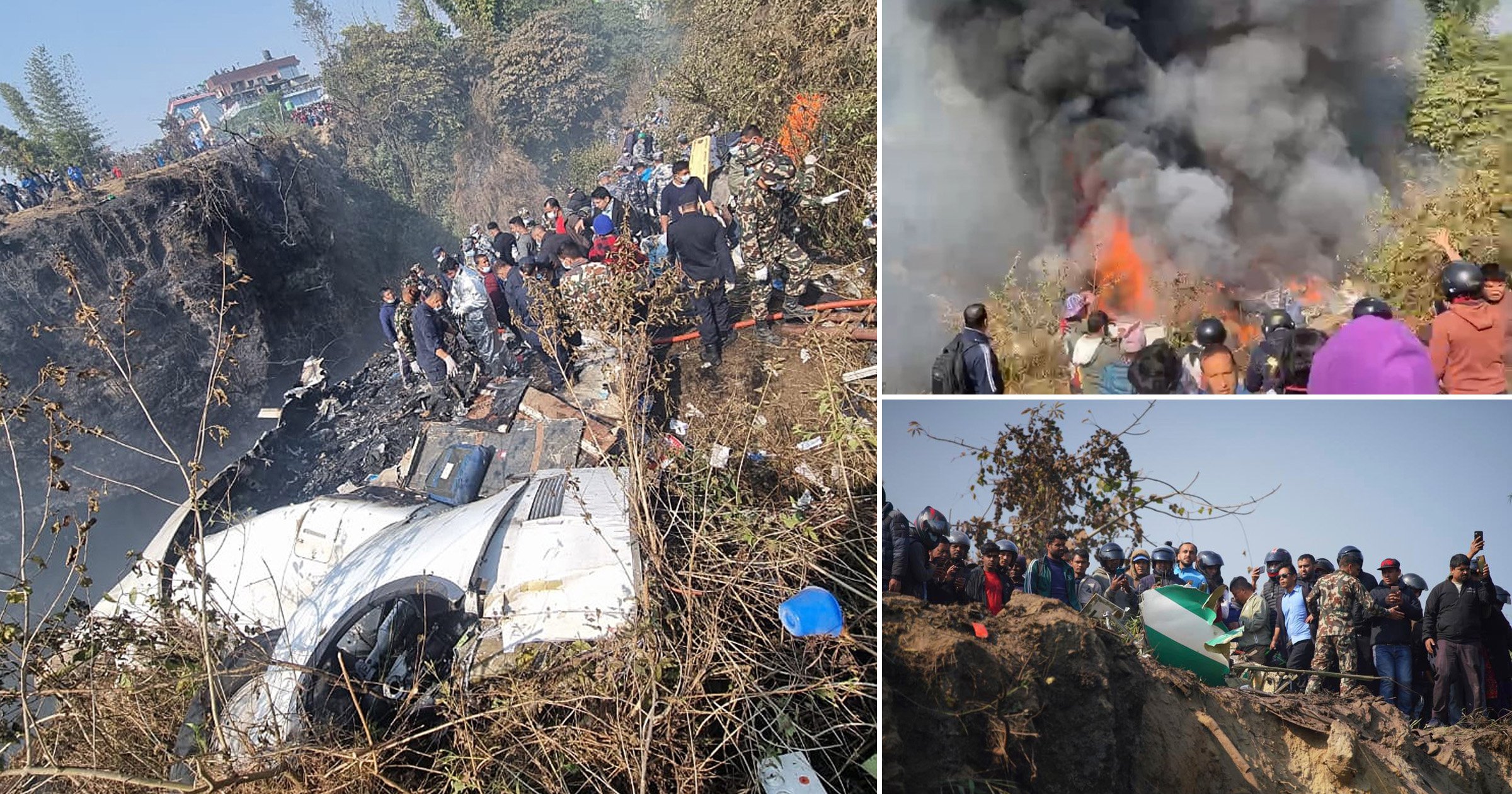 An airplane carrying 72 people has crashed near an airport in central Nepal.

At least 40 bodies have already been recovered from the scene of the incident in the tourist town of Pokhara, and there are fears the death toll will rise.

The Yeti Airlines jet departed from the capital Kathmandu, but crashed on landing, catching fire.

Pictures shared on Twitter show plumes of smoke billowing from the site of the deadly crash.

A rescue operation is underway near the Pokhara International Airport, and troops have also been drafted to help.

It was not immediately clear what caused the plane to crash, but the mountainous region has a long history of such incidents.