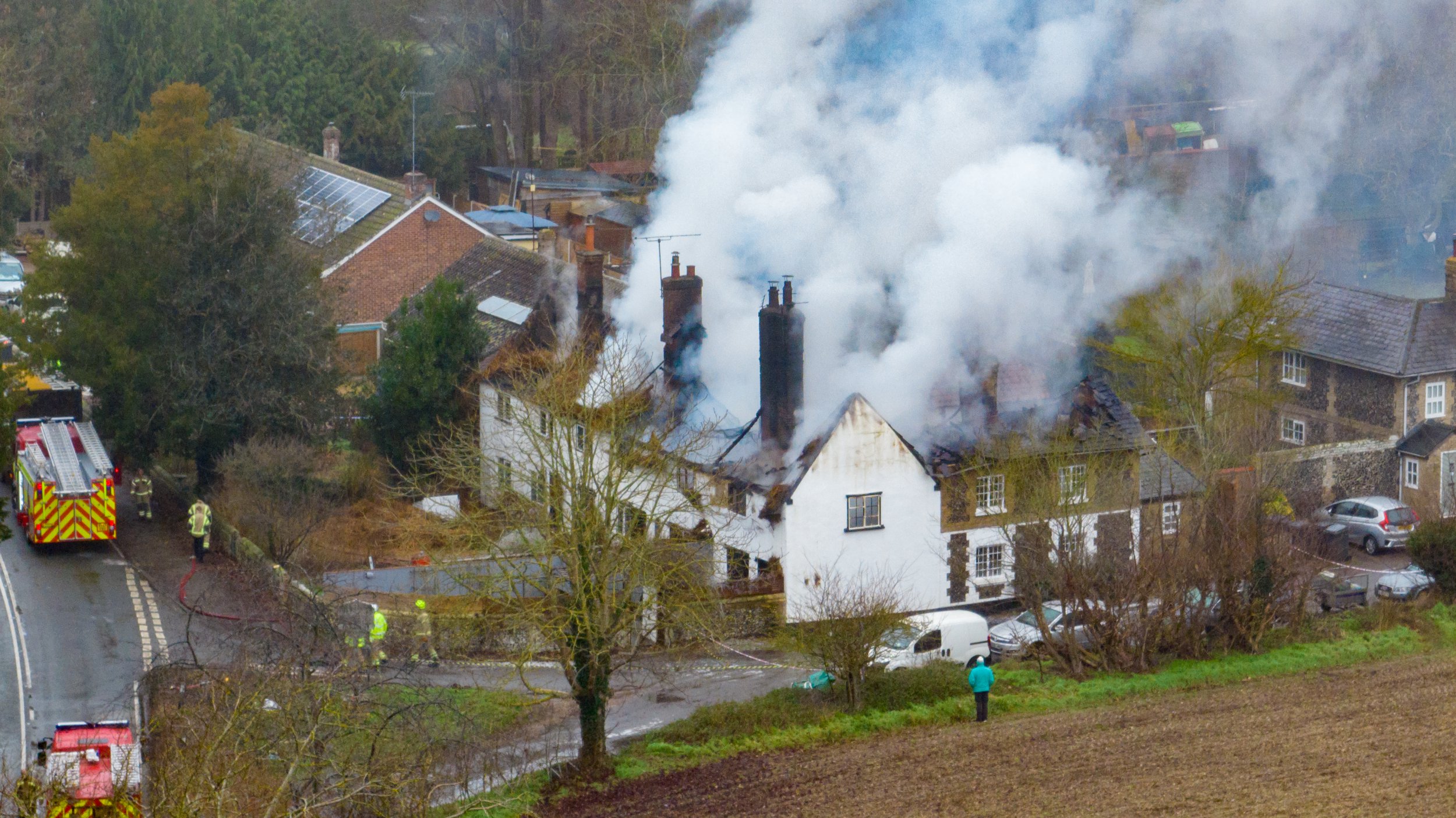 Around 70 firefighters rushed to a row of five cottages which went up in flames this morning.

Suffolk police say officers were alerted to the scene at Bury Road in the village of Hengrave, Suffolk, at 1.18am.

Upon arrival they evacuated all residents from the row of houses as a safety precaution while waiting for firefighters to arrive at the scene.

There are no known injuries so far.

Although the official cause of the fire is not yet clear, the five houses share a thatched roof which is thought to have caught fire and spread rapidly across the terraces.

According to local sources, part of the roof is believed to have collapsed into the first floor of the building, which is split into five separate properties and magnified the scale of the blaze.

The incident was first reported on the official Suffolk Fire and Rescue Service Twitter account at 3.12am.

It read: ‘We are currently attending an incident in Hengrave. Crews will be on scene throughout the night.’

Six fire engines are currently at the scene and a further 15 crews have been dispatched to tackle the blaze.

Both sides of the A1101 on Bury Rd near Hengrave Hall have been closed while the fire is dealt with.

Firefighter Sam Linton tweeted: ‘A long night out in Hengrave dealing with a Thatched Roof fire. Multiple crews from Suffolk Fire out in freezing conditions.’