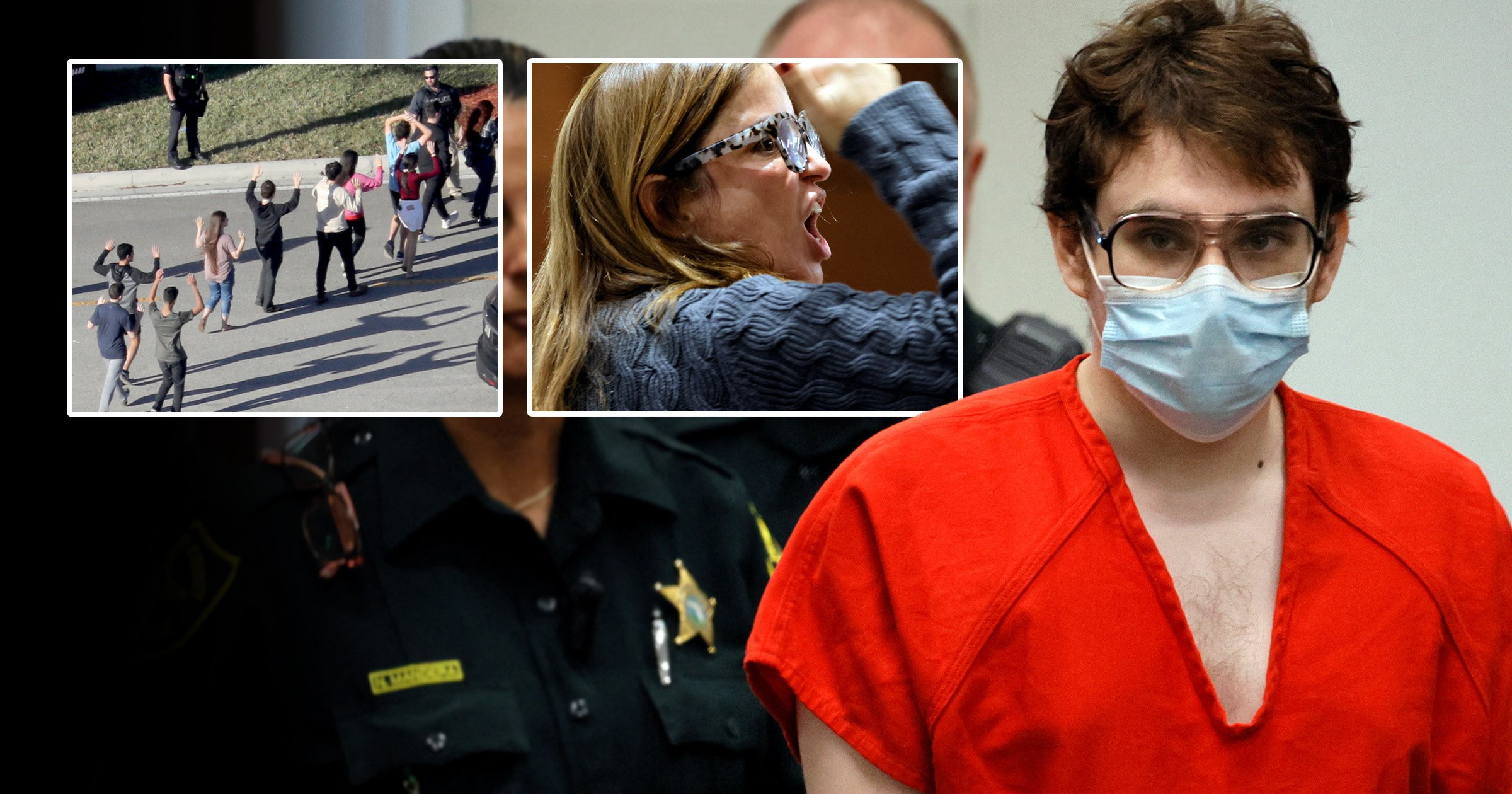 A judge formally sentenced Parkland school shooter Nikolas Cruz to life in prison after a tense hearing where survivors, parents, and their families voiced their displeasure with the verdict.

Judge Elizabeth Scherer imposed a mandatory life sentence without the possibility for all 17 counts of murder and 17 counts of attempted murder.

She also ordered restitution for each victim named in the 34 charges, and gave Cruz 30 days to appeal the court’s decision.

Scherer also also invoked Florida’s version of the ‘Son of Sam’ law, which prevents convicted felons from profiting from book deals, film rights, and other publicity about their crimes.

Before Cruz’s formal sentencing, the victims were given another chance to make statements to the killer. Although many had previously testified before the jury, those statements had to be pre-approved by both the prosecution and the defense.

In these remarks, victims were able to express their feelings to Cruz without worrying about influencing a jury. Victims named the 22-year-old a ‘murdering bastard,’ a ‘remorseless monster,’ and ‘garbage.’

‘You are pure evil,’ said Anne Ramsay, the mother of victim Helena Ramsay.

‘We sent a message to the next killer out there that the death penalty will not apply to mass killing,’ said Ilan Alhadeff, father of victim Alyssa Alhadeff. ‘You skirted the death penalty, and you are nothing but a coward.’

One of the victim testimonials was given by Inez Hixon, the daughter-in-law of Marjory Stoneman Douglas athletic director Chris Hixon. Inez was deployed on an aircraft carrier in the Persian Gulf on February 14, 2018, and did not hear about the attack in Florida until February 15.

‘As a servicemember I took an oath to defend the Constitution of the United States against all enemies foreign and domestic,’ Hixon stated. ‘And to the defendant that’s exactly what I view you as – a domestic terrorist.’

Hixon continued: ‘As a I stood and stared off the coast of Iran and defended everyone in this country through my service, I thought I was the one in danger. But it was my family being slain back home.’

Hixon’s testimony made an impression on Judge Scherer, who called her ‘a hero’ and praised her family.

‘You’ve made a lasting impression on everyone, truly. And I thank you for your service and bravery,’ Scherer said.

‘It is such a disservice to people that are struggling with mental illness to use that as a mitigator for what he did,’ Schachter said. ‘There are so many people in this country that struggle from mental illness – they’re not going out torturing and murdering people.’

Schachter also criticized how the defense characterized as ‘brain damaged’ by his birth mother’s alcoholism and drug use while she was pregnant with him.

‘This murder was well thought out. Researched, planned, premeditated. He knew exactly what he was doing. He got enjoyment out of it. He studied doing this for years,’ Schachter said.

Before the sentencing, Judge Scherer thanked the parents for their testimony.

‘I want to thank the family members for the privilege of learning about each and every one of your loved ones,’ Scherer said. ‘The way that you have grieved so gracefully and shown extraordinary restraint throughout this process is something I’ve never seen.’

In 2021, Cruz pleaded guilty to 17 counts of murder and 17 counts of attempted murder for his attack on Marjory Stoneman Douglas High School in February, 2018.

Prosecutors announced that they would be seeking the death penalty for Cruz, and his penalty phase began proceedings in July 2022.

After months of testimony from victims, witnesses, and experts, the jury reached a verdict in early October. Cruz would serve life in prison without the possibility for parole and avoid the death penalty.