Demonstrators wearing yellow jackets set up barricades and threw stones as they protest against Macron’s government. 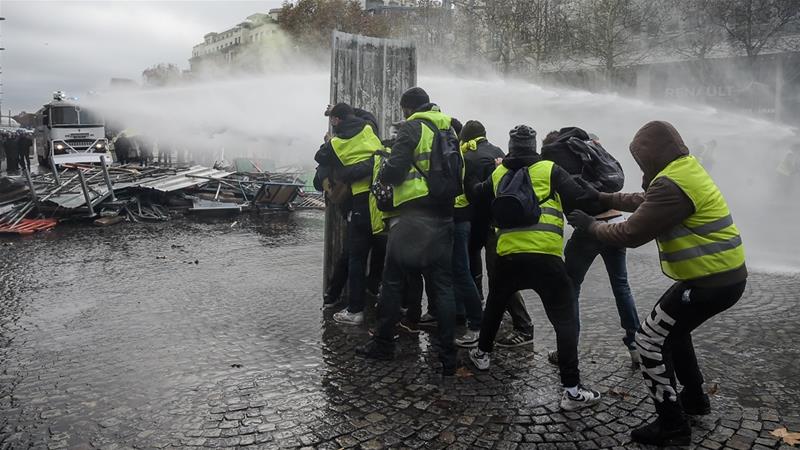 Security forces in Paris fired tear gas and water cannon on Saturday to disperse protesters who tried to break through a police cordon on the Champs-Elysees.

Several thousand demonstrators, wearing high-visibility yellow jackets, had gathered on the avenue as part of protests which began last week against an increase in diesel tax, justified as an anti-pollution levy by the government.

The protests have since morphed into a broad opposition front to centrist President Emmanuel Macron.

Paris police authorities said Saturday’s incidents were linked to the “presence of members of the far-right who harassed the security forces”.

The “yellow vest” protesters were seen ripping up paving stones or starting to build barricades.

But “no demonstrator entered” the zone that had been cordoned off by police on the Place de la Concorde and the lower part of the Champs-Elysee, near the presidential palace.

Some of the protesters condemned the police action.

Christophe, 49, who had travelled from the Isere region in eastern France with his wife, fled into a side road off the Champs-Elysee to escape the tear gas.

“We have just demonstrated peacefully, and we were tear-gassed,” he said. “We see how we are welcomed in Paris.”

The unrest is a dilemma for Macron, who has been derided as out of touch with common people and is fighting a slump in popularity.

Despite calls for calm from the government, the yellow vest protests have spread to French territories abroad, including the Indian Ocean island of Reunion, where cars were set on fire.

The unrest has left two dead and 606 injured in mainland France, the Interior Ministry said on Thursday. 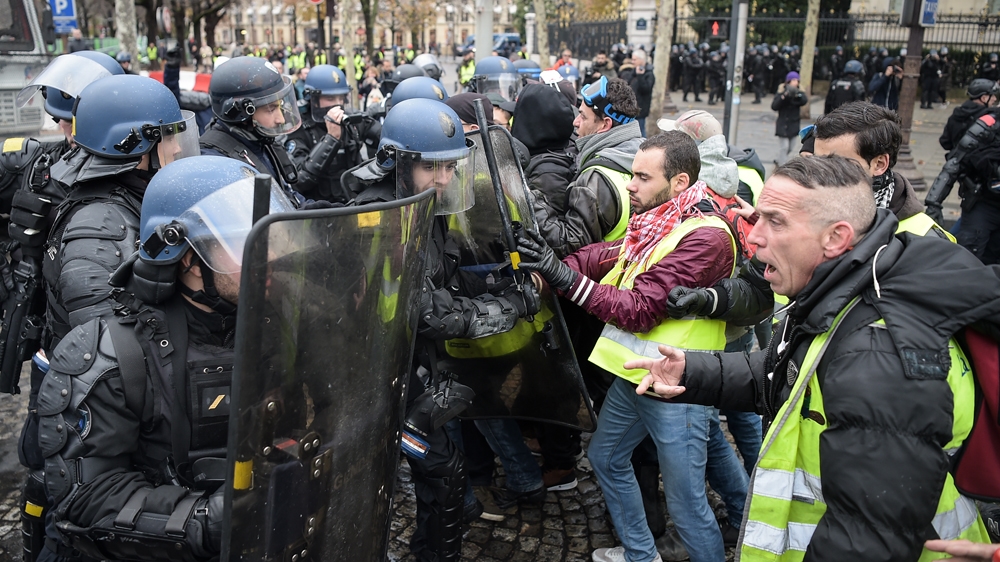 Since coming to power, Macron has seen off trade union and street demonstrations against his changes to the labour rules, and overhauled the heavily indebted state rail operator.

But political foes have dismissed him as the “president of the rich” for ending a wealth tax, and voters appear to be growing restless, with the 40-year-old president’s popularity slumped at barely 20 percent.