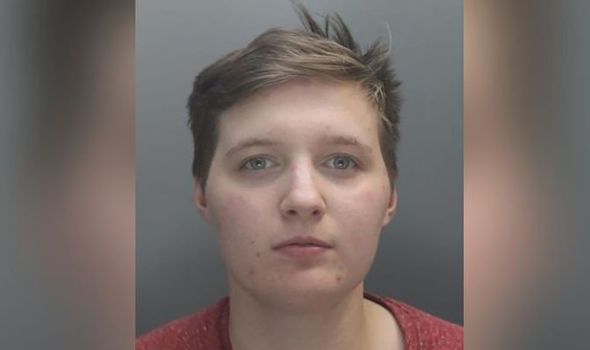 Jay Ferguson was just 18 when he put together a sinister “rape kit” and threatened to abduct and rape a child. He completed a 22-month prison term, but within days of his release told police he had a child sex abuse video and a knife and was locked up for a further 14 months.

During his time at HMP Styal, a closed prison in Cheshire, he wrote to prison officers saying he intended to carry out a “violent rape” using the dating app Tinder when released.

The yob was then hit with a further six months behind bars after writing to a female guard to say he would hunt her down and rape her. Ferguson was moved to a different prison and eventually released on February 26 this year.

But within “two or three days” he breached his Sexual Harm Prevention Order (SHPO) and was arrested again on March 1.

Ferguson, now 22, admitted two breaches of his SHPO at a hearing in March and has since spent four months in custody, reports Liverpool Echo.

Gerald Baxter, defending, today said the breaches caused “little or no harm or distress” because Ferguson hadn’t contacted anyone or arranged a date on the apps and had talked to his niece about money.

He said: “He had a difficult childhood to say the least. There is a history of personality disorder.”

Judge David Potter said Ferguson was assessed by the Probation Service as a “very high risk” of reconviction and causing serious harm.

He said: “You are assessed by them as a very high risk of causing serious harm to children, the public and staff that you come into contact with.

“I accept you have made some efforts to tackle some of the underlying issues in your psychological make up.”

Jailing him for 10 months, Judge Potter said: “The court has sadly no confidence that you, whether in approved premises or not, will not commit further breaches.”

However, due to four months he has spent in custody, Ferguson will be released in around a month’s time.

Mr Baxter told the judge if Ferguson sought psychiatric treatment “perhaps there is a real prospect that the risk (of reoffending) might be reduced”.

The court heard the conviction of malicious communication last year involved threats to a female officer at Styal “to track them and tie them up and attack them with a rape kit”.

He was also convicted of possessing an indecent image and having a blade in January 2020, when prosecutors revealed the letters “indicating his intention to carry out a violent rape on his release” by using Tinder.

When Ferguson, of Huyton, Merseyside, was arrested for offences in 2017, police found a chilling rape kit, containing a balaclava and gloves.

Ferguson said he got the idea from a “psycho” on the TV show Law & Order, and showed officers a teddy, explaining: “I hurt the teddy so I don’t hurt kids.”

He had been arrested after making rape threats to teenagers, children and one 15-year-old victim’s mum.

Ferguson said he was aware sexual activity with children was wrong but “just wanted to do it”, “couldn’t help” himself, had every intention of carrying out his “fantasies” at the earliest opportunity, and as soon as he was left to live on his own “would abduct and rape a child”.