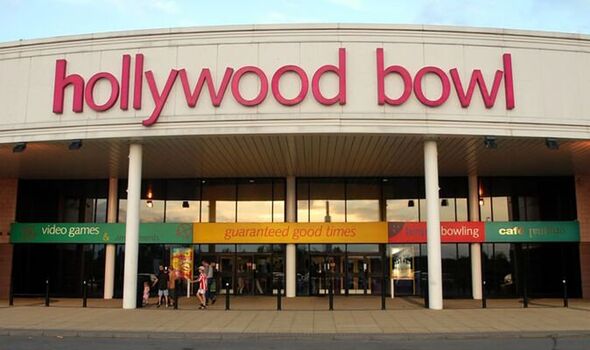 David Spencer, 43, put a blanket and duvet in the back of his Mercedes Sprinter van in order to have sex with the fictious youngster. A court heard police found two condoms in Spencer’s wallet after they arrested the man outside the bowling centre.

Spencer had been chatting online to an undercover officer – not the underage teenager he thought he was arranging to meet.

And the pervert was jailed for 10 months this week after pleaded guilty to attempting to meet a child following grooming.

Sentencing Spencer at Teesside Crown Court, judge Jamie Hill said: “Over a period of twelve days in July last year you indulged in grooming behaviour towards a person who you thought was a 14-year-old girl. You were talking to an adult police officer.

“The fact that you went to that meeting with two condoms and bedding in the van proves that you were expecting to have sexual intercourse. The insidious way in which you conducted the grooming behaviour must be dealt with by a custodial sentence.”

The defendant was also made subject to a 10-year sexual harm prevention order – which prevents him from having unsupervised contact with children. He will also have to comply with a police notification order for 10 years, Teesside Live reports.

Spencer, who works as a driver, had arranged to meet the “girl” on a messenging service called Kik; first suggesting to her that they meet up at a beauty spot in North Yorkshire.

But when the “girl” had replied that, “a walk would tire me out” they arranged to meet at Teesside Park, a retail and leisure complex near Stockton-on-Tees, on July 18 last year.

In a series of perverted messages, Spencer, who separated from his partner last summer, told the undercover officer – posing as a youngster – that there was space in the back of his van, “so you’ll be comfortable.” He told her that it is always better to have a spare condom before going onto ask how her day at school had been.

The court heard Spencer, of Langley Park, County Durham, had one previous conviction for a driving offence in 1999.

Gary Wood, defending, told the court that Spencer is, “incredibly ashamed” of what he has done and, “found it very difficult to confess to the thoughts he was having during the conversations.” Mr Wood said his client had temporarily split up from his partner at the time of his offending, and had started to drink and use cannabis as he descended into depression.

The couple, who have no children, had reconciled and Spencer had stopped drinking. Mr Wood said that Spencer insists that he would not have gone through with it, if the girl had been real and he had met up with her; although he admitted to, “a level of sexual gratification during the conversations.”

Mr Wood said that Spencer’s employer is keeping his job open for him.