For the first time in its history, Europe’s largest street party, the Notting Hill Carnival, takes place virtually this weekend in order to protect lives.

Due to current COVID-19 restrictions, a physical parade isn’t possible so for the last month organisers have been busy filming hundreds of acts so the event can instead be streamed online.

The carnival’s executive director Matthew Phillips said: “We did the responsible thing and we took the carnival off the streets this year for the reasons of safety and for community, at the end of the day this pandemic has disproportionately affected black people.

“Everybody’s been through a tough time these past few months with lockdown, people that have lost loved ones, we’re doing this in the hope that we can bring people together and remind them that things will get better.” 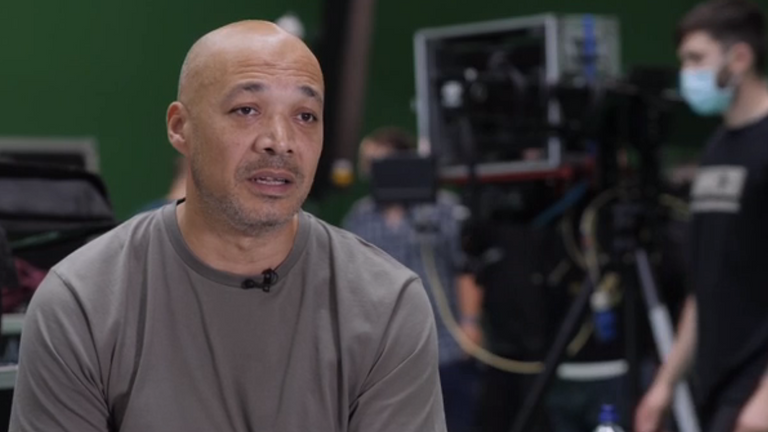 “Carnival in itself is a statement that black lives matter, but also it’s a statement of unity, bringing people together from all walks of life, all colours, whatever class or background you’re from,” he said.

From its conception in the mid-60s, the carnival became a focal point for communities coming together, taking place on the same West London streets where race riots once raged.

This year’s online event comes at a time where there is heightened focus on racial inequality and with black communities disproportionately affected by the coronavirus pandemic.

Organisers are actively encouraging people not to attend an unofficial Black Lives Matter march on Sunday along what would be the carnival’s normal route. Instead they hope to bring the vibrancy, energy and joy of the event into people’s homes.

However, eagle-eyed viewers will see much of today’s current politics subtly reflected in some of the outfits on show.

The theme is “The Time for Change is Now” and costumes feature the scales of justice, an NHS “angel of mercy” and the face of murdered George Floyd.

“The costumes are not just celebratory in their performance, they are commemorative, they commemorate the fact that we are here because of those historic events and now we have a future that’s going to continue.”

Shanae Chisolm, a performer with Ebony Steel Band, said the carnival’s celebration of togetherness is needed now more than ever. 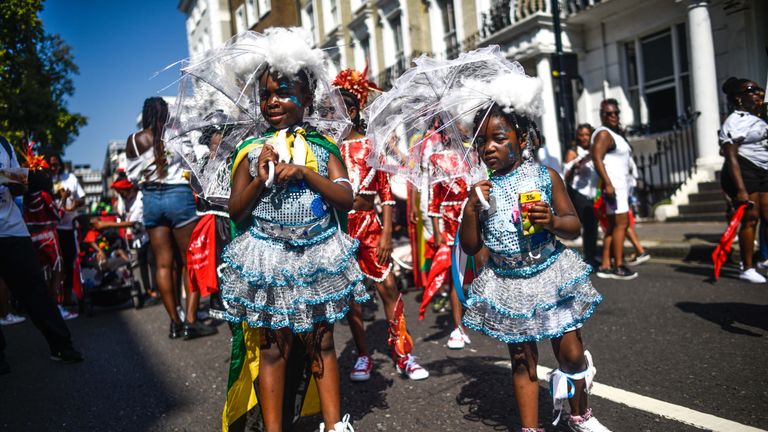 Despite having played at the carnival for the last six years, she says the experience of pre-recording her steel band performance was “unusual”, to say the least.

“We had our temperature checked, we had to do things in a very orderly way, there were stickers on the floor and everyone was wearing masks.

“It was very strategic and organised but we were able to enjoy ourselves despite the restrictions.”

As well as performances from 15 steel bands, there will be exclusive music from 14 sound systems, calypso dancers, and 20 dancehall and soca artists. 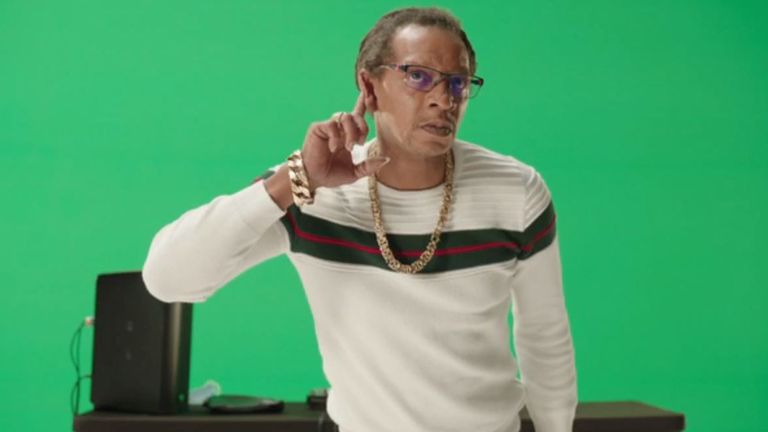 With international performers on the bill, rather than settle for the one million people who usually take to the streets of West London, organisers hope even more will tune to enjoy the party from their homes.

All four channels of the virtual event – which cover Culture, Parade, Sound Systems and the Main Stage – are available free to stream on LetsGoDo.com from Saturday.