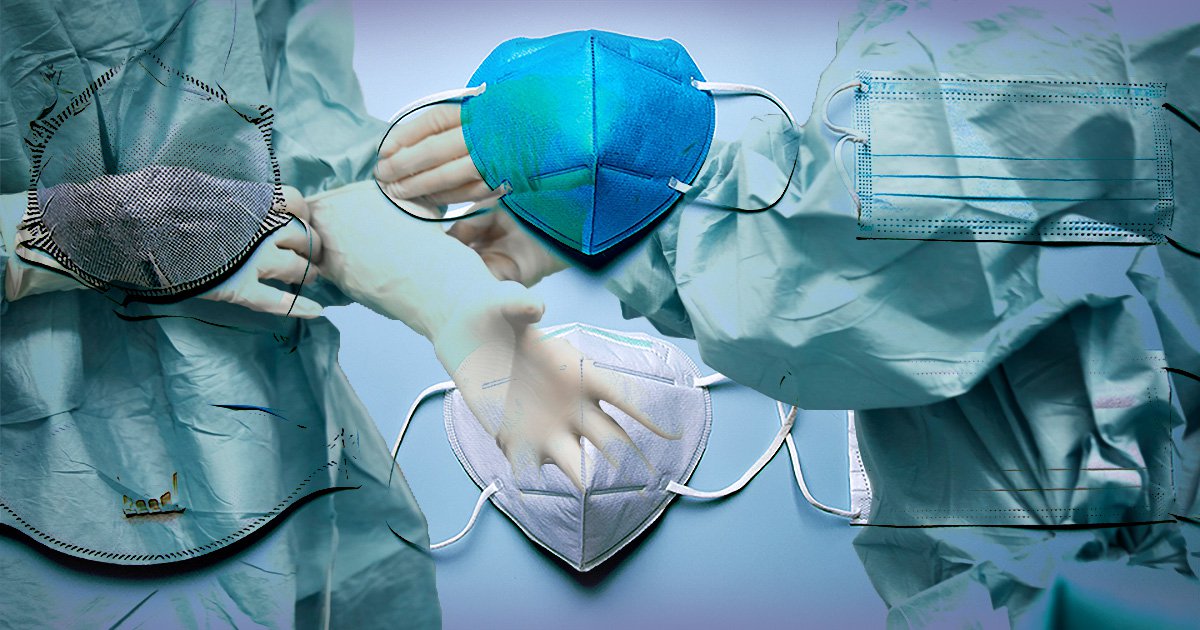 More than 2 million pieces of PPE deemed unsuitable for the NHS have been put on sale through Nato by the UK Government.

The gowns, which cost taxpayers £98.7 million in an order from China, are being offered to other countries in the Western military alliance having been found unfit to protect frontline workers from Covid.

The disclosure has led to a call for the Government to ‘come clean’ over the scale of the losses incurred over botched pandemic deals.

So far, no purchases of the gowns has been made through Nato’s e-portal, according to disclosures by the Department of Health and Social Care (DHSC) under the Freedom of Information Act (FOI).

The PPE was found to be unsuitable for the UK health supply chain and has been put on sale to allied European and North American nations, which may have different standards or uses for the kit.

The shipment from the China National Instruments Import and Export Group Corporation began under a contract signed off in June 2020 as the Government scrambled to supply gear to the NHS frontline. Documents relating to the deal have been made publicly available by the Government but are so heavily redacted they even hide the colour of the items.

Metro.co.uk previously reported how the gowns had been rejected as unsuitable, although the DHSC did not specify why at the time.

The latest disclosure shows that the garments, which were supposed to be sterile, were found to be unfit for purpose because they were single rather than double wrapped, as required in UK healthcare settings.

None of the gowns had been purchased via Nato as of July 15, 2021, the response to the query from Metro.co.uk shows.

Jo Maugham, Director of the Good Law Project (GLP), told Metro.co.uk that the deal was not the only one warranting further scrutiny.

Mr Maugham said: ‘This is far from the only occasion in which the Government bought unusable surgical gowns.

‘It spent £70 million – as you do – buying a further tranche from a jeweller in Florida. Those gowns too are unusable by the NHS. Will this Government ever come clean about the scale of waste of public money?”

It emerged last month that almost three billion items of PPE bought by the Government have been found to be unfit for the NHS.

The cost to the taxpayer is around £1.5 billion, Sir Chris Wormald told the Public Accounts Committee. However he also said storage costs had fallen from more than £10 million last year, with supplies being ordered on a ‘worst case scenario’, which had only a 5% chance of becoming reality.

As the Government responded to PPE shortages during the pandemic, a fast-track procurement process was introduced due to the ‘extremely urgent’ need for kit, such as gowns, masks and gloves.

Legal challenges have won High Court judgements that the Government acted unlawfully as it secured orders, which included the former Health Secretary, Matt Hancock, failing to release pandemic contracts with a 30-day deadline. The GLP, a not-for-profit campaign organisation, also won a ruling that Cabinet Office Minister Michael Gove broke the law by handing a contract to a firm run by his associates.

Mr Hancock, speaking before being replaced by Sajid Javid, said the Government had to ‘rapidly’ get supplies of PPE to the frontline during a ‘desperate’ shortage at the height of the crisis and the process for making offers was ‘open to everyone’.

It has since emerged that the gowns have been put up for sale through Nato’s Support and Procurement Agency, with the Ministry of Defence acting as the DHSC’s agent.

The Government has delivered more than 11 billion items of PPE during the pandemic. Of the total received and tested to date, around 0.5% has been found to be unfit for any use and classified as wastage.

Kit not considered suitable for use in any NHS setting can be redeployed to settings where it meets strict technical criteria in line with infection prevention and control guidance for Covid.

The response fo the FOI reads: ‘Sterile gowns for use in UK Healthcare settings are required to be double wrapped in order to ensure that they meet the standards for standard sterile procedures and processes.

‘The gowns provided by China National Instruments were all single wrapped rather than double and were therefore, unable to be used.

‘However, not all countries require double wrapping of gowns, and so the gowns that do not meet these UK requirements may still meet the relevant requirements in other countries and be fit for purpose elsewhere.’

A DHSC spokesperson has previously told Metro.co.uk: ‘The Government has worked tirelessly to get the PPE needed for the frontline and, as the National Audit Office recognised, all NHS providers they spoke to were able to get the equipment they needed in time.

‘We are looking at repurposing the small proportion of PPE items that have been classified as not for use in the NHS.’