On Tuesday, many Scottish students were left disappointed after receiving grades lower than they were predicted by their teachers. The results sparked outrage at the SNP’s handling of Scotland’s education system and many people took to Twitter to share their frustration at Nicola Sturgeon, leading to the hashtag #ResignSturgeon trending in the UK.

One Twitter user said: “133,000 grades changed. No explanation. No evidence viewed. Futures ruined. All because kids grow up in a council estate / social deprivation.

“No wonder #ResignSturgeon is trending. This political issue will not go away.”

Another tweeted: “Nicola Sturgeon said judge me on education. We did, which is why #ResignSturgeon is now trending.”

A third wrote: “My goodness! Poor children in Scotland had marks reduced by 15 percent + while rich kids only 6 percent +. This SNP leadership are truly snobs!” 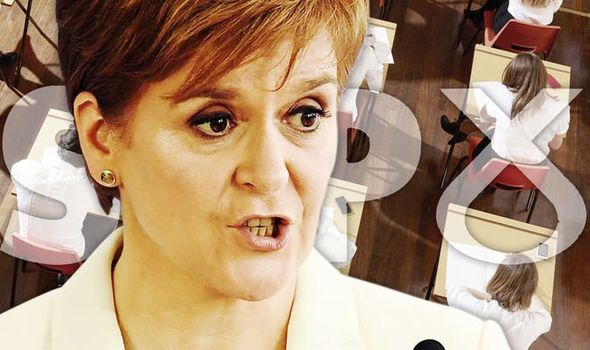 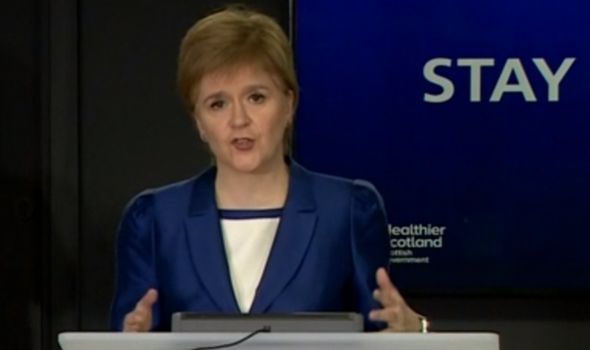 Another tweeted: “This is a disgrace – unfairly penalising the next generation. It’s time to #ResignSturgeon.”

A fifth said: “The whole point about Scottish education was that you could be born in a council house on a sink estate and still get to university and make a better life for yourself if you worked hard.

“@theSNP have destroyed that. #ResignSturgeon.”

He wrote: “Fiasco after fiasco, cover up after cover-up and now it’s the kids turn to suffer. Enough is enough.”

He added: “#ResignSturgeon Pass it on.”

One Twitter user said: “#ResignSturgeon I’m a huge supporter of the SNP.. but this. This is awful.

“Do the right thing @NicolaSturgeon call it a day. Before you drag the party down with you.” 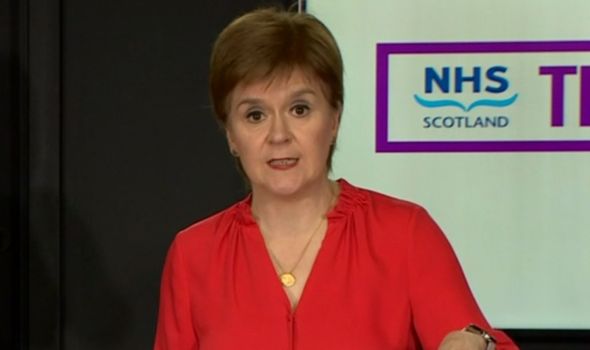 Another tweeted: “Can’t believe as a lifelong SNP voter I am about to do this, but on behalf of the disheartened over-achievers from Scotland’s 285th ranked school, who dared to believe hard work would pay off, I say #resignsturgeon.”

A Scottish student named Keira, who got her results yesterday spoke to Channel 4 News regarding her frustration at the grades she had received.

Keira said: “I was predicted an A and four Bs and I got an A, three Cs and a D.

“It is unfair that we have gotten such bad grades when that is not what we were told we would get or expected to get.”