The NHS Spitfire began flying around local villages for the Clap for Our Carers campaign during the lockdown. Due to its overwhelming popularity, organisers behind the flypast are now attempting to handwrite 80,000 names onto the blue Spitfire PL 983 ‘L’. And now, you can become a part of the NHS Spitfire’s story by nominating a name to be handwritten on the aircraft’s body.

Each nominated name will help say a collective thank you to the NHS by contributing to the NHS Charities Together organisation.

To nominate someone’s name, you can simply do so through the JustGiving page by donating a minimum of £10 along with the name of the person.

In the comment section, you can also add in the reason for the nomination.

Names have been added throughout the summer and the blue exterior of the Spitfire is slowly being covered in the names of local heroes. 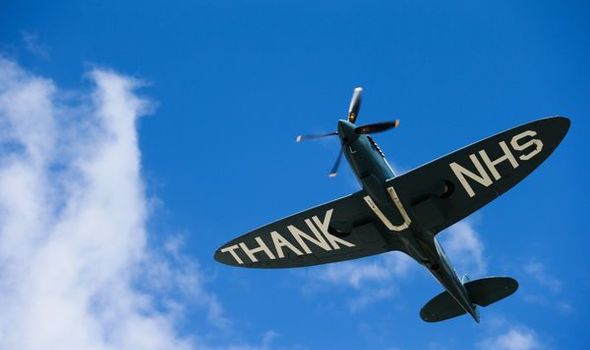 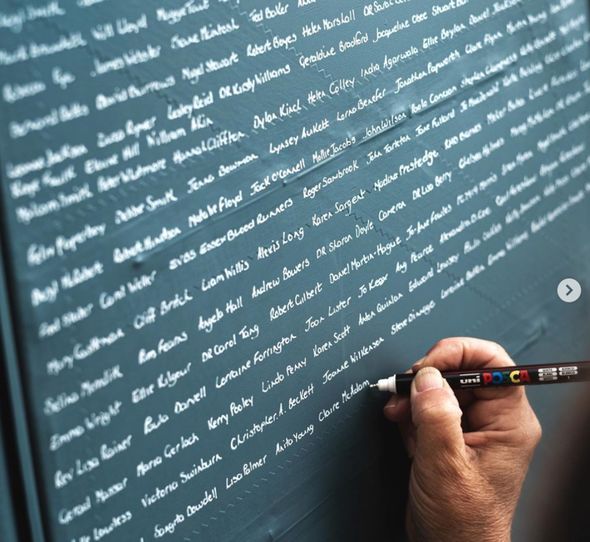 The NHS Spitfire will be jetting off on an extended trip of the UK, visiting Scotland, Northern England, Northern Ireland and North Wales on its way.

The Spitfire website states: “We have finally found a provisional weather window for our biggest trip of the NHS Spitfire Project.

“On Wednesday, September 16, we will be taking off from our home base of Duxford Airfield on a three-day tour.

“This expedition has required a huge amount of planning and one we are really excited for. We hope to see as many of you as possible along the way!” 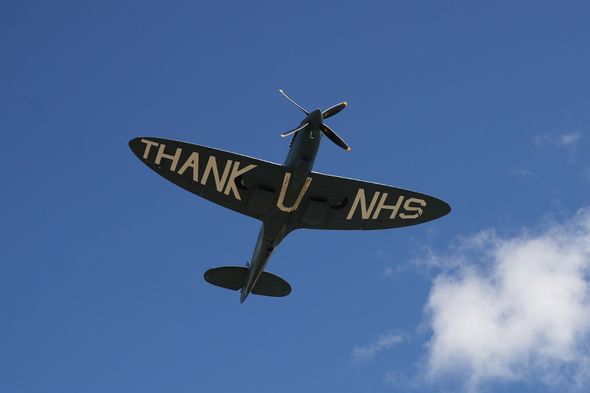 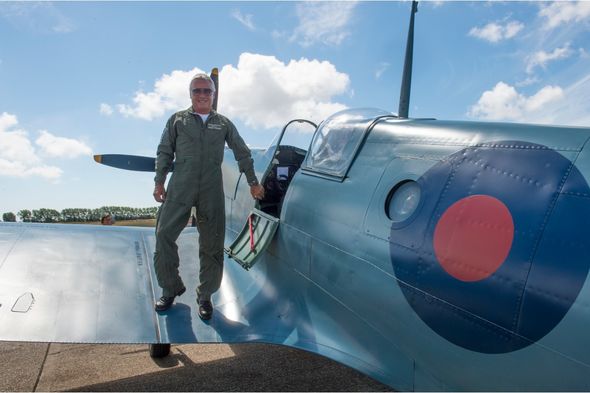 He said: “The response to our initial flight over the last Clap for Carers was incredibly humbling, with hundreds of people from the local community sharing how wonderful it was not only to see the Spitfire, but also to read the message emblazoned across its wings.”

Mr Romain is referring to the ‘thank u NHS’ message carried by the aircraft during the height of lockdown.

He added: “After such a positive response we decided to leave the message painted on the Spitfire for the rest of the flying season, this is where the idea to hand write the names on the nation’s loved ones onto aircraft to raise money for the NHS Charities Together began.”