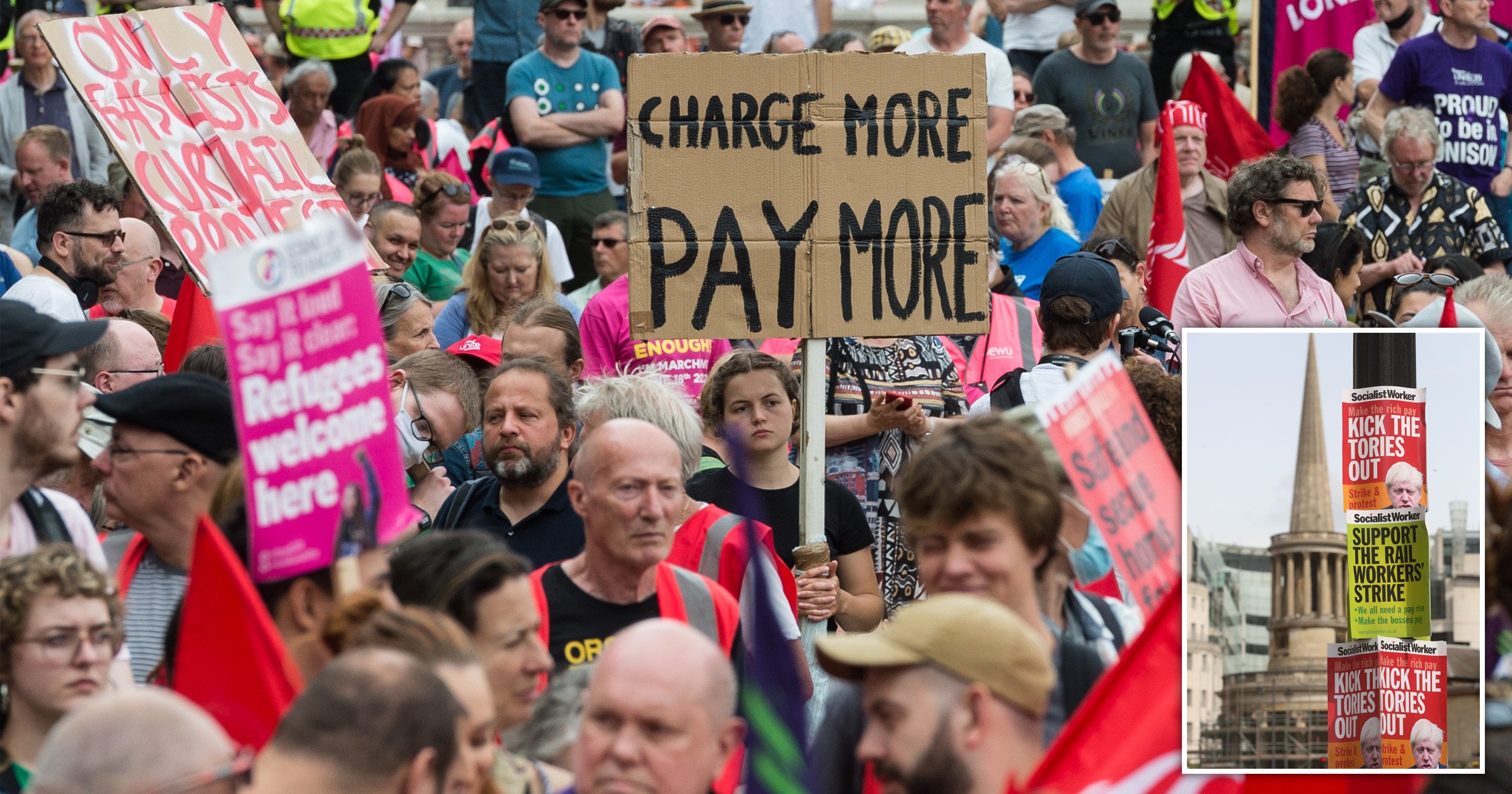 Teachers and NHS staff are threatening to strike over pay later this year amid fears of another ‘Winter of Discontent’.

As England braces for ‘the biggest rail strike in modern history’ next week, unions representing health and education workers warned of potential industrial action in the autumn.

The National Education Union (NEU) has said it is preparing to hold a ballot of its 450,000 members,which could lead to strikes in schools across the country.

Kevin Courtney, joint general secretary, told the Observer that the NEU would ballot its members to gauge reactions unless the government offers ‘significantly’ above the 3% that education secretary Nadhim Zahawi put forward earlier this year.

‘If there is no significant improvement on 3% – which will leave an 8% gap with inflation this year alone – we cannot avoid a ballot,’ he said.

‘The mood among teachers has changed. Last year the issue was mainly workload. This year it is workload and pay.

‘Teachers are doing calculations to see what their hourly pay works out at. Pay is already down 20% on 2010.’

NASUWT, another teachers’ union, also warned that it would it ballot members on industrial action from November in England, Scotland and Wales.

Millions of healthcare workers are set to receive their annual pay offer soon and there are fears that it will fall short of inflation, which is currently running at 9.2%.

Unison, the biggest union representing NHS staff, stressed that the pay offer could lead to a mass exodus of employees combined with industrial action in already stretched hospitals.

Its general secretary Christina McAnea said: ‘The government has a simple choice. Either it makes a sensible pay award, investing in staff and services and reducing delays for patients.

‘Or it risks a potential dispute, growing workforce shortages and increased suffering for the sick.’

He told Sky News this morning: ‘It is a huge mistake. The unions have been gunning for this strike throughout. This strike is completely unnecessary.

‘It is going to inconvenience millions of people – students doing their GCSEs and A-levels, people trying to get to hospitals to try get operations that have been postponed, perhaps, during coronavirus.

‘It is disastrous. It is no way to behave on the railway. There is no advantage to this.’