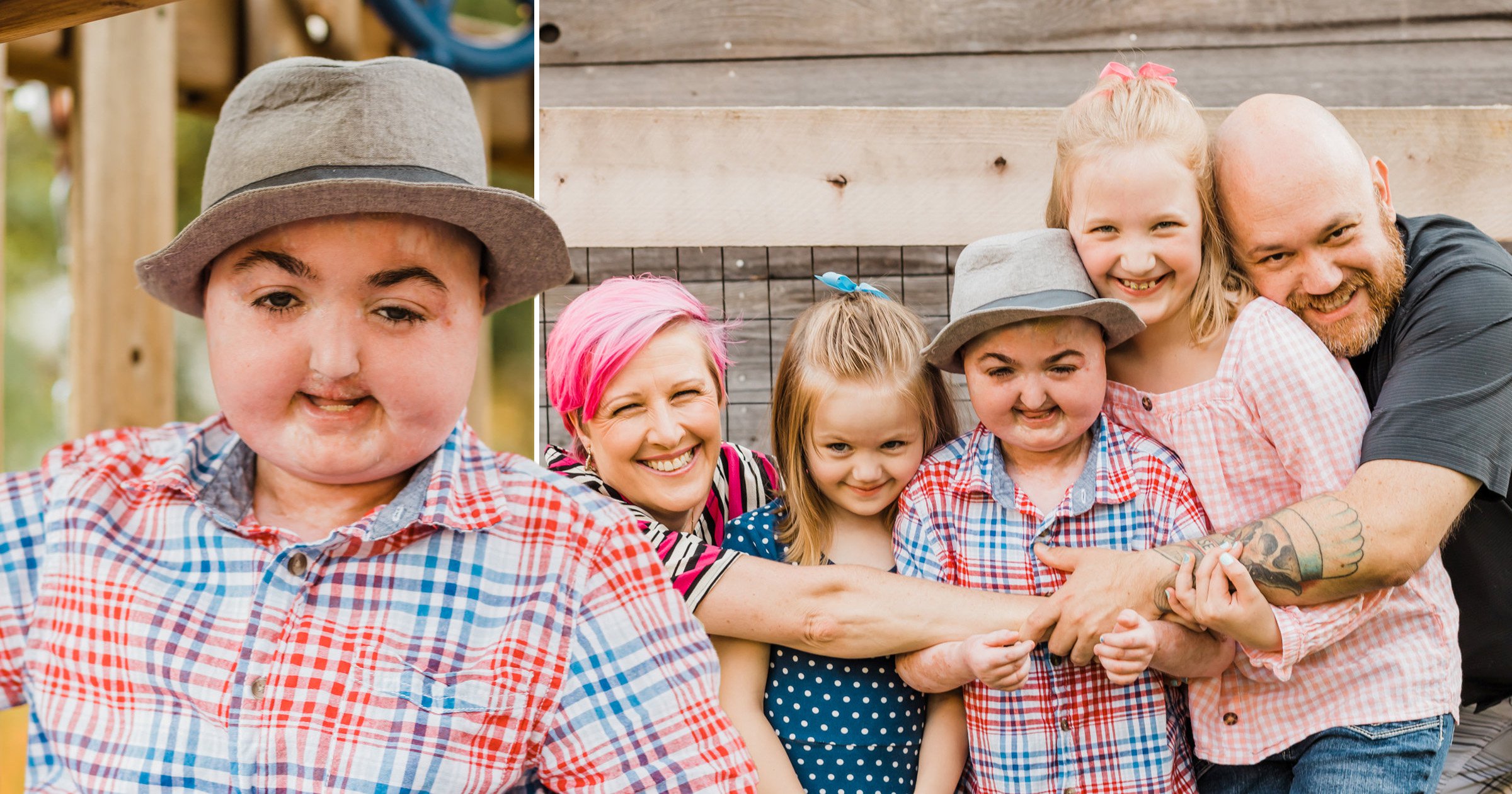 A British boy is the first in the world to have a rare form of cancer spreading through his body – but has a fighting chance thanks to a ground-breaking treatment.

It is usually slow to progress and limited to the skin and seen in adults who have spent years sunbathing without suncream.

Just days after Reef and his family were told to say their goodbyes, doctors decided to offer the youngster the new treatment that has never been used in children for this form of cancer.

His family have moved him from the US to the UK to receive the treatment.

Mum Lydia Carneson said Reef, who has lived with immunological complications after beating leukaemia as a baby, is responding well to the treatment.

The 41-year-old mum of three, from Newcastle, said: ‘It’s amazing

‘He is stable and we believe the treatment is working. We continue to pray for a miracle.’

Reef was first diagnosed with cancer on the skin of his head and face in 2015, and a chemotherapy cream seemed to have mostly cured it by 2019.

The skin cancer was then found to have spread to the bones of his skull and his brain in 2020.

An oncologist treating him in Cincinnati felt the Great North Children’s Hospital in Newcastle would cope with the complexity of Reef’s conditions.

So British citizen Lydia moved the family to the UK on February 22.

Reef was rushed to hospital as vomiting and fevers put his life in danger on March 3.

A CT scan and full-body MRI showed the cancer had spread to his lungs as well.

The lesions on his lungs hadn’t shown up at all on scans of Reef taken just two months prior in the US in January.

Reef remained in hospital, needing round the clock oxygen, until doctors told the family the cancer was untreatable on April 28.

The next day, Reef went home with Lydia, dad Ryan Carneson, a pastry chef, and sisters Payten, 10, and Kenzi, five, but was then rushed back into hospital a day later where he stopped breathing.

But Reef didn’t die that night, and he told his parents he wasn’t ready to give up.

So the family and medical team decided to try new treatment, Cemiplimab.

Cemiplimab is a programmed death receptor-1(PD-1) blocking antibody that teaches the patient’s immune system to recognise the cancer cells as not part of them and harmful.

It’s one of the first immunotherapy treatments for CSCC, and has a 50%success rate in adults.

Reef developed a condition called graft versus host after a bone marrow transplant which changes the structure of your cells so they look different, so there is a risk that the new treatment could attack his whole body.

Even as an adult, Reef’s medical history would deem him ineligible for the treatment, but the family and his doctors have decided to go ahead as it could be the only thing to save his life.

Reef started the three infusions of the treatment on May 7.

Mum Lydia added: ‘So far, he seems to be responding to treatment very well.

‘They have started trying to take him off his oxygen.’

Quentin Campbell Hewson, a Consultant Paediatric Oncologist at Great North Children’s Hospital, said: ‘Reef has had a very difficult journey with which he and his family have coped with incredible fortitude.’

He added: ‘Reef and his family have had a very, very difficult time.

‘They deserve to have some decent quality life and we are committed to give them that chance.’