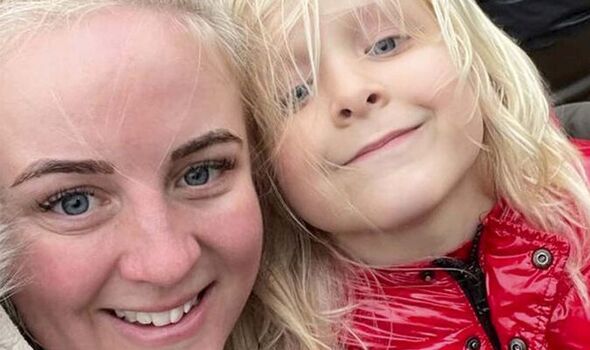 Bryony Cappleman, 34, sent her son Jacob, 7, off to class on Monday, July 18, with three 500ml bottles of squash as “he is not keen on water”. However, she claims that when she picked Jacob up, he claimed he had been told by teaching staff that he could only consume one juice bottle that day.

She claims this left him dehydrated on one of the hottest days of the year.

In response, the outraged mum messaged Wheatcroft Community Primary School to complain and find out what had happened.

It is understood staff replied and reiterated the school’s health rules – which apparently state that squash is only allowed at certain times of the day. Water, however, can be drunk at all times.

But Bryony, a mum-of-two said: “I just can’t get my head around it, to be honest. They’ve compromised on uniform policy because of the weather, so why can’t they compromise on this?”

When approached for comment, the school said Jacob had been seen filling up his water bottle and “was seen drinking from that bottle throughout the rest of the day by staff in the classroom.”

Nurse Bryony says she sent Jacob off to class with three 500ml bottles containing Robinson’s squash as he has not been keen on water all his life so, as a compromise, she makes him a weak squash every day to take to primary school.

She says this usually doesn’t conflict with the school rules, which she says state students are allowed to drink one juice or squash bottle with their lunch each day. But, due to the extreme weather, Bryony says she decided this wouldn’t be enough for Jacob – and packed him three instead.

She then sent her son off to school in their hometown of Scarborough, North Yorks. When he returned, he said he had only drunk one of the three bottles – apparently because the rules had not changed, despite the heat. As a result, it transpired that Jacob had drunk nowhere near enough, the mum claims – on what was one of the hottest day of the year.

Bryony says she has complained to the school but has been unsatisfied with their response. 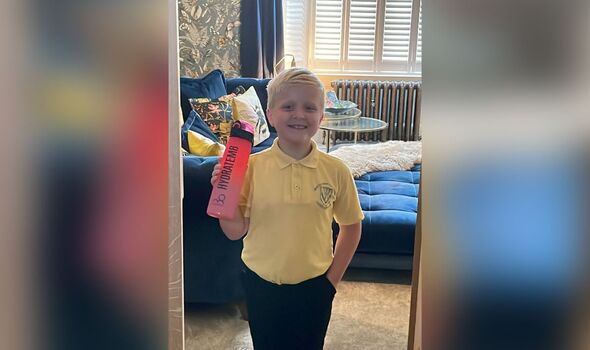 She said: “Jacob won’t drink water, and to get around it, I make him a very weak, sugar-free squash to take with him to school. And, it was roasting yesterday, so of course, he needed more than just one bottle. But to drink more than one goes against the school’s ‘health’ policy and he was literally banned from drinking anymore.

“How can a school claim to be upholding healthy standards when my son was dehydrated as a result of their rules – it’s a disgrace. I’m a nurse and the amount of global admissions hospitals get from dehydrated children and elderly people during this kind of weather is frightening. I would understand if it was Red Bull or Monster Energy, but it’s not – it’s a family drink.

“I’ve kept him home from school today because I’d rather have him somewhere where I know he’s drinking during this hot weather – it’s really frustrating.”

A spokesperson for Wheatcroft Community Primary School said: “The pupil in question brought three bottles of juice into school. During the morning he drank one 500ml bottle whilst in class.

“He requested a second bottle and a member of staff suggested he refilled his bottle with water and save his second bottle for packed lunch.

“The pupil filled up his water bottle with water and was seen drinking from that bottle throughout the rest of the day by staff in the classroom.

“All our children have access to cold water to drink or fill up their water bottles with throughout the day.

“All pupils are encouraged to bring their own water bottles and as a healthy school we encourage children to drink water in class, at playtimes and PE lessons to stay hydrated.”