Mum blasts school as son, 14, given detention for ‘not wearing pin badge’ 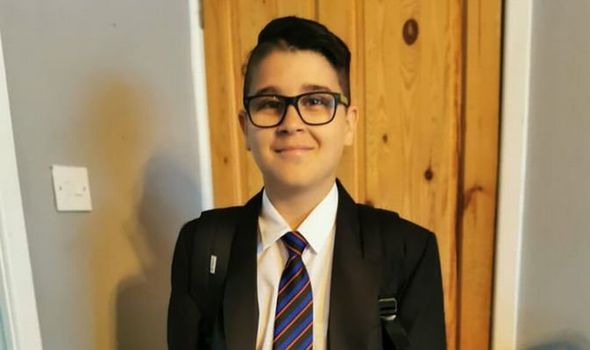 Stacey Ritchie said it is “ridiculous” her child is being punished over the small badge which makes up part of the uniform at Sir Thomas Wharton Academy in Doncaster, South Yorkshire. Her son, Thomas, went to school without it after mum Stacey removed it to wash his blazer and teachers put the boy into a one-hour detention after school.

It’s alleged the detention was for Thomas’ failure to show the badge, which displays his house name.

And Stacey refused to let her child attend the detention, even though the school allegedly said he would have to go to one the next day if he didn’t.

Speaking today to Yorkshire Live, the mum of two said: “I’m refusing to let him stay for the detention. I find it ridiculous that it is over a badge.

“If he wasn’t doing his work, then I could understand, or if he wasn’t good with his attitude or his behaviour in school, then absolutely fine, he’s had detentions before for silliness, but a badge that’s on his blazer that tells him his house name, I don’t think that is grounds to stand on for a detention.”

I’m refusing to let him stay for the detention. I find it ridiculous that it is over a badge

The concerned mum also claims the school did not inform her Thomas was supposed to stay late and her son had to risk further punishment by sneakily using his phone to tell her his younger brother would have to walk home alone.

Thomas and her younger son Alife, 11, who both attend the same school, normally walk home together for safety reasons when they can’t be collected by a guardian.

Stacey added: “If their grandparents had gone (to school), they would have been worrying.”

Realising he had forgotten his lanyard in the car on the way to school on Thursday, Thomas’ mum had to repeat the journey to collect it for him.

Stacey said: “You could see the panic in his face and he wouldn’t go in.”

Her youngest child was then late getting to her school, according to Stacey, who had wanted to make sure her son didn’t get a detention.

Sir Thomas Wharton Academy, which was rated as Inadequate by Ofsted after its last inspection, has been contacted for comment but has not yet responded.