Mum and son knifed to death by violent ex-lover 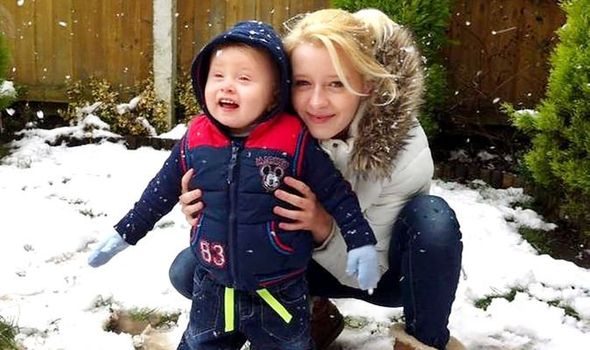 Daniel Boulton then led police on a 24-hour manhunt and allegedly knifed an off-duty officer who tried to arrest him in the leg. Boulton, 30, is accused of killing Bethany Vincent, 26, and nine-year-old Darren Henson, known as DJ, while the subject of a restraining order on May 31 last year.

She also described how police found an unharmed “but clearly distressed” nine-month-old baby crawling through the carnage at the home in Louth, Lincolnshire.

Jurors heard Bethany and her family had been due to move to a new address unknown to Boulton.

Ms Goddard says there is “no dispute” he stabbed Bethany and DJ.

The court was told he left a note at an empty cottage while on the run, saying: “I, Daniel Boulton, take full responsibility for 182”.

His victims lived at number 182. But he denies murder claiming his ability to exercise self-control was “impaired”.

Jurors heard Boulton, of Skegness, Lincolnshire, began his relationship with Bethany in March 2019 but continued to harass and be violent towards her after they split up nine months later, even after a restraining order was issued.

The court heard the day after the killings off-duty officer PC Stephen Dennis was walking his dog when he spotted Boulton talking to an elderly female dog walker.

He confronted him and gave chase and, despite being stabbed in the leg, alerted colleagues.