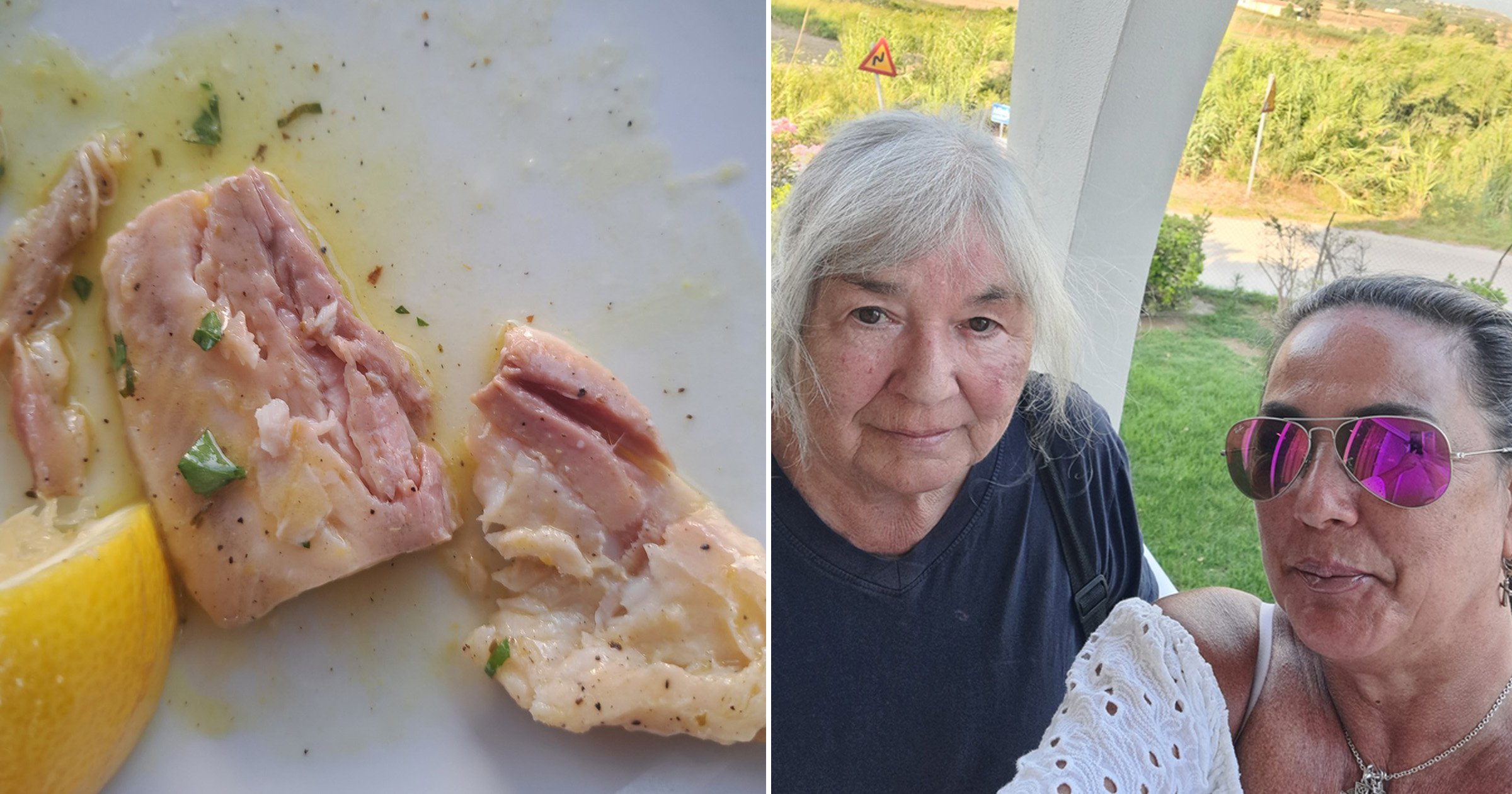 A mother and daughter claim they got kidney disease after a ‘disaster’ stay at a resort in Greece.

Tara Dawson, 54, and June Dawson, 76, visited the Cephalionia Palace Hotel on Kefalonia, an island in the Ionian Sea.

However, after returning after the Covid pandemic, they were met with a very different resort.

Tara, from London, claims they were served not only ‘dirty’ water but also ‘raw’ food at the hotel restaurant.

Medical documents seen by Metro.co.uk show both June and Tara were diagnosed with stage three kidney disease upon their return to the UK.

Tara told Metro.co.uk: ‘We are not fussy people and don’t complain, but this was just terrible. They could have killed my mother.

‘Others need to know before they go. We’ve been going to the same resort for 20 years and love it. But for this year, they hadn’t told us it had been sold and put up for demolition.

‘And I just don’t think they care what happens to it now.

‘The water left for us in the kitchen was stinking. There were no supermarkets or areas to buy water and we were unable to drink water from the tap.

‘Mum had to go to the doctors as she was weeing blood.’

There was no bottled water on sale in the hotel, only water in a dispenser that the pair later noted had a ‘stagnant’ smell.

Tara explained that one receptionist at the resort did take pity on their situation, but that no other staff seemed willing to help.

The Cephalionia Palace Hotel is owned by TUI and Tara and June – who both had travel insurance – have desperately been seeking an apology or compensation following their ordeal.

Others looking to visit the resort needed to be ‘aware’ of its current state, they have said.

Tara and her mother had visited to celebrate June’s 76th birthday, but have now vowed not to return.

She added: ‘Mum was devastated. We have never had any problems before. I used to live in Greece and would come over to the island and we’ve had so many lovely memories there in the past.

‘This time was just completely different. There was no TUI rep on site.

‘To not even have an apology for what happened, nothing, it hurts.’

When contacted, TUI told Metro.co.uk that work was underway to find out more about the mother and daughter’s experience.

A spokesperson said: ‘We are concerned and sorry to hear about June and Tara Dawson’s experience, and we are investigating the issues raised with the hotel.

Have you been affected by a similar situation? Please email [email protected]