More than 100 migrants intercepted by UK authorities in English Channel

Border Force patrol vessels and local lifeboats have been involved in the rescue of more than 100 migrants in small boats in the English Channel this morning.

At least seven rubber dinghies and a kayak were towed into Dover harbour.

A freelance photographer in Dover said he counted more than 120 men, women and children, including a baby, being taken off Border Force vessels and a lifeboat. 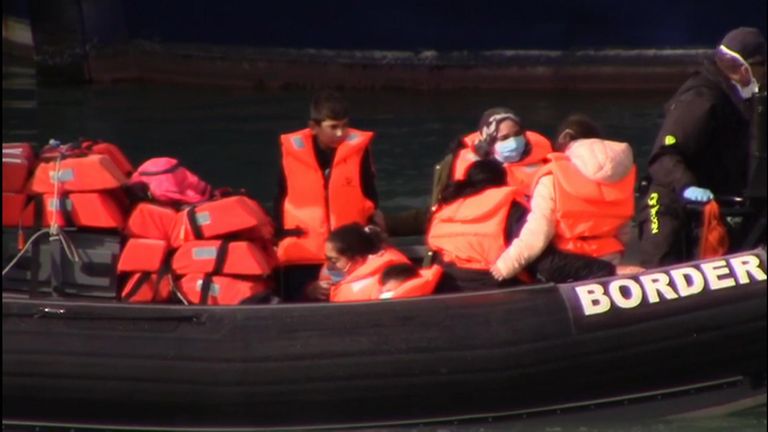 Elsewhere along the Kent coast, at least one small boat made it ashore, landing people on Dungeness beach.

She said: “They were sitting down in groups, some lying on the ground.

“There looked to be three family groups, mum, dad and kids and then two separate men on their own.”

Ms Pilcher added that she believes the number of migrants now reaching the English coast has increased in recent weeks.

She continued: “It seems to be going absolutely crazy. I think it has certainly got worse.

“Before it used to be just men. Now we are seeing more women and children, even pregnant women.” 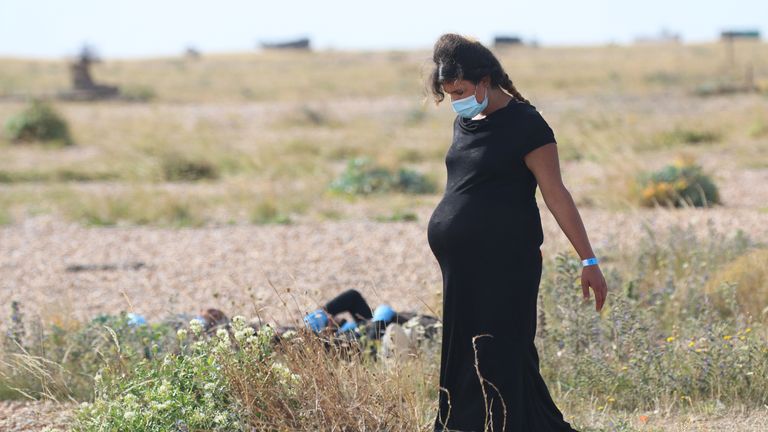 Rescue operations are still continuing in the Channel, with reports that another two kayaks carrying suspected migrants have been spotted in the water.

Authorities had been braced for another significant influx of small boat crossings as weather conditions between France and England improve over the next few days.

Last week saw a record number of migrants being intercepted in the Channel in a single day, after 202 were found and taken to Dover.

Around 3,800 migrants have reached UK waters since the beginning of the year.

In a statement last week, immigration minister Chris Philp said: “The number of illegal small boat crossings we are seeing from France is unacceptably high.

“France have stopped thousands of migrants this year… but more needs to be done.”

He continued: “We need stronger enforcement measures, including interceptions at sea and direct return of boats and the French have heard that directly from the home secretary.”

Sky News filmed recently as a French patrol vessel escorted migrant boats across the Channel into UK waters, but appeared to make no attempt to intercept the boat, or turn it back towards France.

French authorities have since said that migrants often refuse to climb onboard French vessels, and threaten to jump into the sea, leaving the patrol boats little choice but to simply shadow the migrants until they reach British territorial waters.