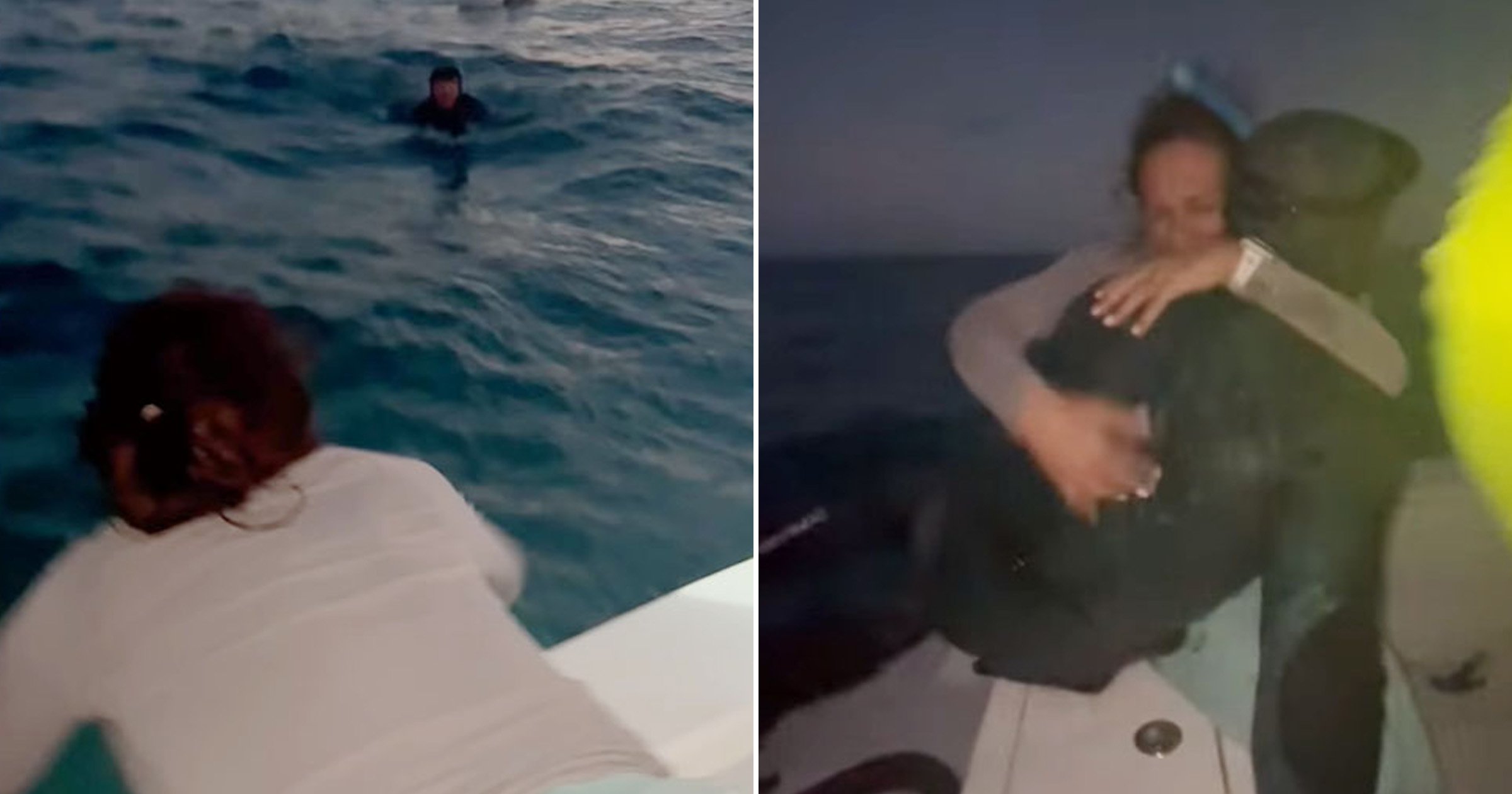 This is the dramatic moment a young man was found alive after being swept out to sea.

Footage shows the family of Dylan Gartenmayer erupting with joy as they see him clinging onto a makeshift raft.

The 22-year-old had been free diving  at about 35 feet off the coast of Florida last Thursday when the strong currents swept him away.

His friends called the US Coast Guard, while his family headed out in his grandad’s boat to where he was last seen as the sun was setting down.

As a rescue mission was underway, Dylan was alone in the water, drifting further and further away from shore.

He told NBC6 about being under water for almost two minutes struggling to hold his breath.

Replying to @yari43770 We’ve lived in key west for many generations and we have fallen family members who we let to rest at sea and we really feel like the protected him ❤️ look at that smile!

Dylan finally resurfaced about a mile away from where he had been diving before swimming to a channel marker, while clutching a piece of bamboo.

‘I got to a point where the boat had disappeared. From that point on I realised that things were starting to get serious,’ he said.

Using his survivor skills, he fashioned himself a raft from three buoys from the reef and tying them together.

‘I ended up cutting three of those from reef, tying up a little hammock,’ he said.

Priscilla Gartenmayer recorded the miraculous moment her cousin was pulled to safety after hours in the water.

Her video, which she later posted on TikTok, has gone viral.

Dylan’s mum, Tabitha, recalled her reaction when she received a phone call about what had happened to her son.

‘We get the call from my ex-husband. “Tab, something is wrong with Dylan. They haven’t seen him in an hour.” she said.

‘And from that moment on, this feeling came over me, just like this, and I couldn’t breathe. I couldn’t talk.’

She was on the boat heading to sea to find stranded Dylan.

As soon as the two reunited, he remembered she ‘just started hugging him and crying’.

Tabitha added: ‘It’s a miracle we landed right on my son in a needle in a haystack. You’re in the middle of the ocean, and that’s god.’