Seven MI6 spies spent nearly a year infiltrating the world’s most dangerous gangs. They carefully distributed mobile devices with the Anom app that allowed intelligence agencies to monitor criminals’ movements. More than 800 suspects were held and the haul included eight tons of cocaine, 250 guns and £34million in cash and cryptocurrencies. Europol, which was also involved with the Australian federal police, dubbed it the “biggest ever law enforcement operation against encrypted communication”.

The operation was first hatched in 2017 when the FBI in San Diego uncovered the encrypted platform Phantom Secure, said to have been sold exclusively for criminal use.

Ramos was jailed for nine years and lost £60million in assets. This led the FBI to recruit a convicted drug trafficker involved in distributing Phantom Secure devices, who was developing the “next generation” of encrypted communications.

He was paid £127,000 to complete the new platform, Anom, and get organised criminal groups to use it. MI6 – the Secret Intelligence Service – was asked to assist, sources say, after the CIA told the FBI that Britain had “special equipment for the task as well as the personnel with sufficient skill”. 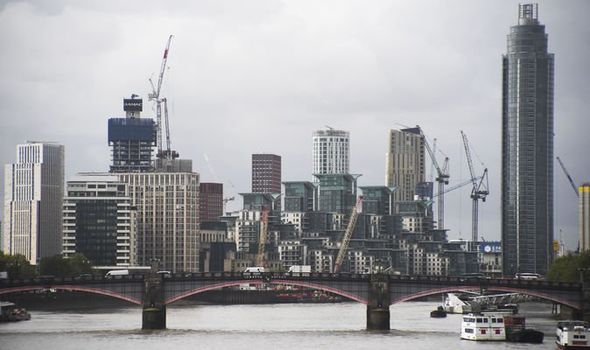 They have spent the last 11 months posing as criminals, travelling to the US, South America, Australia, New Zealand and the Far East, subtly distributing devices with the app.

The seven helped to monitor traffic, communicating their findings via secret unmanned aerial vehicles and satellites.

Anom spread rapidly and there were close to 9,000 active users by March 12 this year.

Last night the source added: “It was the CIA which suggested to the FBI that MoD Corsham and SIS could be invaluable assets.

“MI6 was by no means the only intelligence agency involved, but these officers worked tirelessly, day and night, for the last 11 months to play a vital role.”