A study of 2,000 adults revealed only three per cent of the over 55s would go to the doctor if they experienced symptoms despite being at the highest risk of developing the condition. Instead, more than a quarter consider these symptoms to be a normal part of ageing rather than anything more serious. It also emerged that more than half know little, or nothing, about MCI – despite the condition being twice as common as dementia.

MCI is a decline in cognitive functioning considered a transitional stage between normal ageing and dementia.

It occurs when the brain has less glucose available as an energy source and leads to memory loss, forgetfulness, and a decline in decision-making ability and judgment.

The research was carried out by Nestlé Health Science, which has created a specialised ketogenic drink, BrainXpert.

BrainXpert is the first effective nutritional intervention for the condition, signalling a major break-through for mild cognitive impairment that, until now, has had no available treatments.

Clinical trials confirmed BrainXpert Energy Complex, a compound within the drink, as an effective, alternative brain energy source for people living with MCI.

Trial participants showed improved memory and word recall, and increased ability to think quicker and multitask when taking it twice a day for six months.

Clinical trial principal investigator, Professor Stephen Cunnane, from the University of Sherbrooke, said: “Identifying significant improvement in cognitive function in patients with MCI is an exciting development that gives us great motivation to stay on this research track.

“This is only the beginning and the hope is that new innovations can be found to not just boost brain function, but to slow down progression to Alzheimer’s disease and other forms of cognitive decline linked to ageing.

“These results should significantly improve the quality of life for people living with Mild Cognitive Impairment.”

The study of 2,000 adults also revealed Brits regularly forget to message or call someone back, common words or to go to appointments. 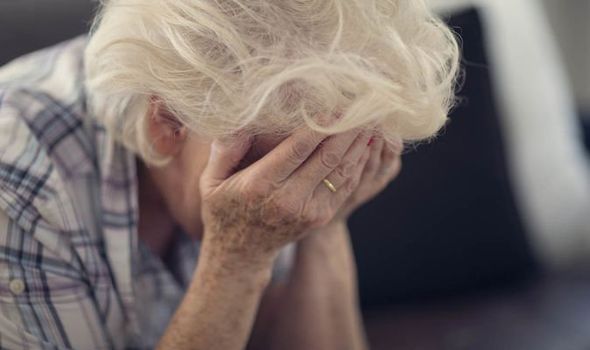 It also emerged that friends’ birthdays are missed, with more than a quarter even forgetting a friend’s name.

And 46 per cent have completely lost their train of thought mid-sentence, with 23 per cent having left the oven on and one in six have left their keys locked in the house.

More than six in 10 adults have also walked into a room with no recollection why, according to the findings via OnePoll.

Finding milk in the cupboard, getting on the wrong bus or train and finding sunglasses you’ve been looking for perched on your head were other forgetful things Brits have done.

And while one in six finds this type of behaviour embarrassing, 31 per cent put it down to a ‘mental lapse’ – with 26 per cent believing it to be ‘no big deal’.

Hans-Juergen Woerle, the chief medical and scientific officer for Nestlé Health Science, said: “It’s not uncommon for people to shrug off symptoms of cognitive decline as simply signs of ‘getting older,’ but if you are becoming increasingly forgetful or feel that you are not thinking as clearly as you used to, you should speak to a healthcare professional.

“Symptoms of Mild Cognitive Impairment should be taken seriously.

“Nestlé Health Science’s research into MCI and its development of a clinically proven nutritional intervention to help improve brain function in people with MCI is a game-changer.

“It’s part of our ongoing commitment to using the science of nutrition to develop products that can help people live healthier lives.”

For more information on the study, or BrainXpert, please visit www.nestlehealthscience.com/MCI